Up-words features the best of the articles from This way up when it was published as a print fanzine from 2002- 2010.
The Mummy / Dave Rolinson / June 2005
Ever since Press Gang (1989-93), my other favourite series in the whole world ever, I’ve been waiting for Steven Moffat to find a vehicle for the sheer breadth of his talent as a dramatist, and here it is! Although Press Gang respected its Children’s ITV audience (particularly in its early investigative and ‘issue’ episodes and dating gossip), Moffat’s boldness and versatility also made demands of that audience. Take ‘Monday-Tuesday’ and ‘The Last Word’, suspenseful and emotionally draining stories built upon ambitious time-schemes, unapologetically comedic farces like ‘In the Picture’ and the sex-obsessed ‘Food, Love and Insecurity’ (sample filthy dialogue: ‘Do you want to blow my cover?’ ‘Sounds great, when do we start?’), or the semi-mystical final episode ‘There Are Crocodiles’. Press Gang’s central relationship combines Moonlighting-style banter with emotional and psychological complexity: the Freudian nightmare of Lynda’s realisation of her similarity to Spike’s mother, or the just-plain perfect ‘Love and War’, in which we realise that Spike’s angry answerphone messages to his father are his way of dealing with his father’s death. High drama, fascinating ideas, cracking one-liners: for some of us, Moffat seemed destined for a glittering career as a dramatist. 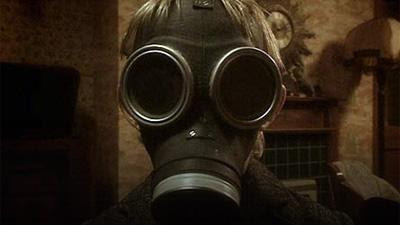 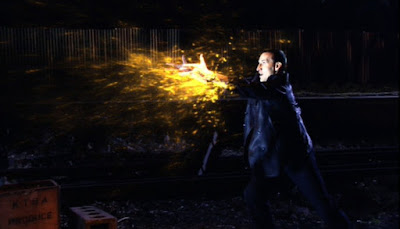