However good this series has been till now, episode six is a masterpiece containing drive, action, tension and some superbly pitched emotional scenes. The horrific core of Philip Pullman’s story is rendered pulling few punches in an hour that is certainly not for younger viewers. Terrible truths mingle with triumphant actions that a multi million dollar film might muster with far more resources. And there’s still two episodes to go! 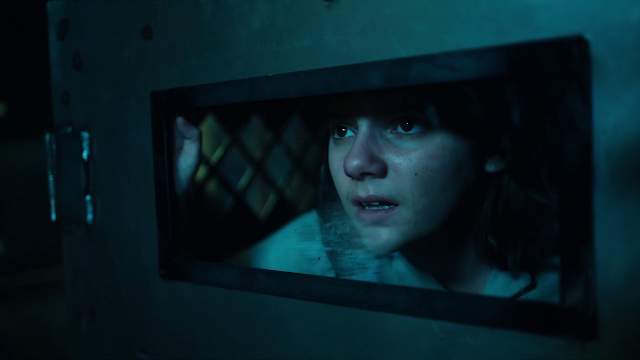 Lyra’s time at Bolvanger is over in less than the episode’s running time but in that period we are given the full extent of what happens in a wonderfully edited manner while she plots her escape right away. Too many heroes and heroines in fiction seem to turn into perfectly formed leaders but Lyra is much more multi faceted and believable than that. Even during in the heat of the battle she enables she remains scared and vulnerable. Her determination to escape coincides with the arrival of Mrs Coulter who wants to see a demonstration of the work being done there. and guess who is next in line?


Cruelty to children is one of the hardest subjects to incorporate into a drama without being accused of being exploitative so placing it in a fantasy concept is a way of avoiding such accusations. Nonetheless the process we see outlined here- in which children are forcibly “severed” from their deamons (effectively their soul or conscience)- is every bit as horrendous as it sounds so the viewer is absolutely on the edge throughout. This background would be enough for most dramas to handle but there is a lot more to process too. The earlier revelation of Mrs Coulter being Lyra’s mother – which comes later in the novels- pays off here creating a more dramatic scene in which Lyra is forced to repeatedly call out “mother” so Mrs C stops the process.


This leads to a very personal discussion that reminds us how vivid both characters are. Mrs C’s attempts to justify her work cut short shrift with Lyra who parries with the simple argument that if this process is so good why did she stop it happening when she saw it was Lyra? Mrs Coulter paints this work in religious tones suggesting it wipes away sin and you can draw parallels – as Pullman probably intended- with your terrible historical example of cleansing of choice. Her casual dismissal of the short term effects- “this is just pain”- against her long term intended gain is chilling indeed. Even when talking about herself it is often in cold temrs such as when she refers to her childhood as if she’d read about it somewhere or deliberately forgotten it till now.
Yet Mrs Coulter is anything but a one note antagonist, her inner turmoil has been evident throughout (remember her comment about heights?) and comes through here in what you sense is an honest attempt to protect her daughter- and even her daughter’s friends- from harm. She doesn’t seem to see how this promise means nothing given where they are and what has been happening. A mother who will so readily enable the harming of children yet fight so strongly to save her own is a contradiction difficult to understand yet thanks to the adept work Jack Thorne puts into the already powerful original story and Ruth Wilson’s multi dimensional performance we can see things from her point of view.


Dafne Keen meanwhile allows Lyra to show flashes of her mother’s grit answering back yet her more mischievous side is evident especially with the sealed tin when she pretends to hand over the altheiometer. Her defiance seems to come from a natural child-like anger without an ounce of `actory' technique so it appears so honest. Finally as Lyra makes her cheeky escape the two are left screaming at each other like animals. 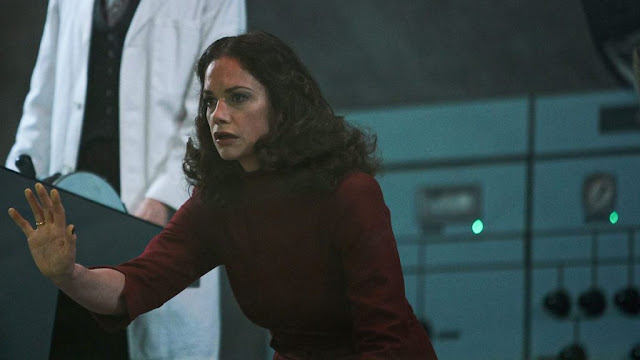 The subsequent swift victory- largely due to Serafina’s speedy cut and thrust- is a welcome uplifting glimmer of light but even this is tinged with sadness. Watching the hollow, silent victims emerge you know there’s no happy ending here. Some may gasp at Ma Costa’s act during this rebellion especially as the victim is the facility’s more sympathetic operative, Doctor Rendal. I wasn’t sure about this at first and the clearly tight edit suggests the producers weren't either but later it made more sense. It doesn’t change the good nature of her character but this is a rough world and in wartime people do unexpected things- good and bad.


The episode highlights all of the strong acting in what is a magnificent cast but I wanted to mention two stand outs this week. Anne Marie Duff’s Ma Costa has always maintained an inner strength that has carried her through worry and tragedy. To see the way she embraces the rescued children- even after what happened to her own son- balances her earlier moment of violence. Though not on screen often, whenever she does appear Anne Marie Duff superbly balances the complex emotions of the character. You have to praise Lewin Lloyd too who is absolutely believable as Roger.


The whole scenario is breathtaking and most series would be content to end on the note of optimism as Scoresby’s balloon heads off with Lyra, Roger and Iorek to rescue Ariel yet the sting in the tale is a humdinger of a cliffhanger as they come under attack from cliff-ghasts which are quite terrifying in a different way followed by Lyra’s fall into the air. An brilliant hour ends as it starts firing on all cylinders! Simply the best episode of any drama I've seen this year.