The UK General Election result suggests that the Labour party needs to make one crucial decision during the so called `period of reflection`. Do they want to win a General Election again or are they content to remain in opposition indefinitely? Regardless of personalities or leaders or pressure groups this is the moment they have to decide. Political parties do have to make this kind of decision and it’s wrong too for them to cling doggedly onto `traditional` values when the world has changed so much. Surely politicians are there to carry out the will of the people whatever that may be? They may guide, persuade, cajole, even lecture us but as yesterday proved the people will have their own way. The Conservatives in general- and Boris Johnson in particular- now seem to understand this. Its time Labour did too- or else they won’t be in government any time soon. 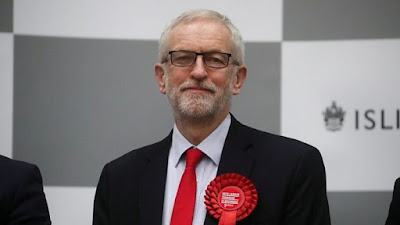 Whatever the rights or wrongs of its content the Conservative message cut through the campaign – in a similar way to the Brexit message back in the referendum- whereas Labour’s did not. They may whinge about biased media and so on but I saw as much Labour stuff as Conservative stuff across multiple media and the latter was clearer and more direct. Labour’s agenda was awkward to summarise and once you got into the detail fiscally unlikely. Of course the `Get Brexit done` slogan is meaningless because once we actually leave that is only the start of things but it worked because it seemed like they were looking forward. Labour seemed as if they were looking back.
There were certainly important issues that swayed some Labour voters to turn- Brexit of course, also  Labour’s alleged anti Semitism, and for some Corbyn’s leadership style- and there was the impact of the Brexit party – but there was also the fact that their keynote policies scared people more than Brexit. After a policy drought that seemed to stretch back to Ed Miliband’s leadership, Labour suddenly over compensated and flooded their manifesto with about three Parliament’s worth of policies. These were just too radical, too backward looking and unaffordable in the terms they put it. The idea that just the richest 5% would pay for them was a fantasy. Middle earners would all pay a lot more tax to fund and maintain all those re-nationalisations and people knew it. Older people too recalled how the late 1970s proved the economic damage a Labour government could do was worse than any austerity and they saw a return to Trade Union dominated politics- strikes and huge pay rises only for those who could hold the country to ransom. Nobody wants to go back to that; Socialism doesn’t work these days as an election gambit. All of this – plus the unresolved anti-semitism claims which caused my MP to quit the party- were the reasons why during the campaign I hesitated about voting Labour. Many others clearly not just hesitated but actually voted elsewhere.
I have no idea what Labour could put in a manifesto that would capture the country’s head and heart the way they did in 1997 and at present neither do they. They now likely have a full five years to find out, extract what works from a Labour point of view and package it in a way that will grab our attention. They also need to find a way to win back some of those Scottish seats without which the mathematics makes it difficult for them to win any General Election. By the time of the next election we’ll know how Brexit really played out and after about fifteen years in government the Conservatives will have no-one else to blame and nowhere to hide. It should be a natural environment for a Labour victory – but only if they really want it.