The first attempt to dramatise Philip Pullman’s exceptional novel didn’t work because the film exorcised the one of the main themes of the story for fear of offending anyone. It looks like this lavish 8 part tv series will not make the same mistake. While modernising some aspects of the setting- at least from what I recall reading- the opening episode conjures up exactly the sort of world we imagine Pullman created. There’s the airships gliding over a slightly exaggerated Oxford, the slinky deamons beside or above people and there’s the whiff of academic panic when Lord Asriel presents Jordan College’s finest with facts they’d rather not hear. 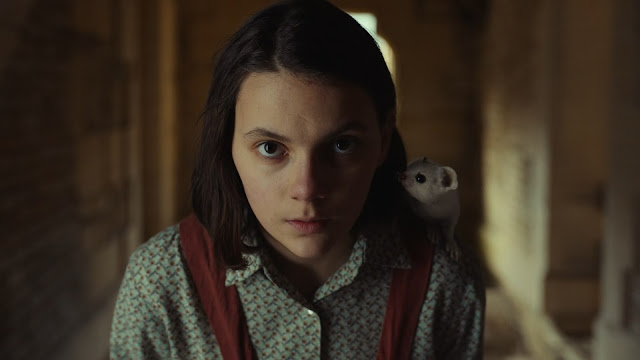 I was wondering how they would play this. The extensive running time is enough to explore the nuances of the novel yet would it come across as too wordy, too dusty as it were? Not a bit of it. Director Tom Hooper embodies the fiery spirit of Lyra in every scene whatever is going on aided by Jack Thorne’s to-the-point narrative which smooths corners but leaves nothing of significance out. It is quite a weighty story but in their hands it seems light as a feather.
In an alternative world Lyra (a lively unpredictable Dafne Keen) is a teenage girl left in Oxford’s Jordan College by her uncle Lord Asriel (an energetic James McAvoy) who now returns to the place to tell of his discoveries in the North (not Leeds but Lapland!) Not only did he manage to get photos of the mythical substance Dust but they also capture what appears to be within it- a city. Its clear from the shocked reaction of the academics that this is information that the rulling Magisterium would not want them to hear. Meanwhile children are going missing, specifically from the down at heel Gyptian community (this could be heavy handed social allegory but it’s well done) supposedly taken by the Gobblers. Then there’s Mrs Coulter, a classic literary villain if ever there was one and played here by Ruth Wilson as if she holds a thousand secrets. There’s something very interesting about this performance even though so far Mrs C seems to be on Lyra’s side when Asriel flies off and her friend Roger vanishes. You just know she can’t be trusted. 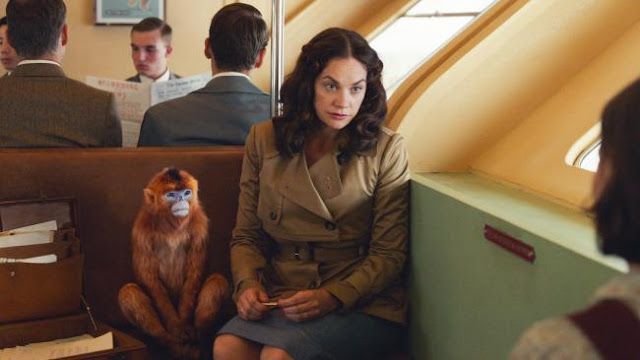 It’s a plot fizzling with ideas and what I like about this episode is that it runs with the pace of a blockbuster yet contains a script with all the heft you need from a tv series. Also people talk a lot. There’s been a tendency in some prestige series for scenes in which people say very little but fittingly given the book it’s adapted from, there is a lot of verbal fencing to be heard here. No compromise on long words and what is sometimes dismissed as patrician dialogue. While the books are generally marketed as so called Young Adult fiction, Philip Pullman’s work occupies that fascinating area that can appeal to all ages. Its less accessible than Harry Potter perhaps but ultimately more rewarding.
The look of the production is grand with richly designed and realised sequences aplenty especially the views over the Oxford rooftops and the busy Gyptian community which contrasts with the high walled Jordan halls. Generously populated crowd scenes and ambitious visuals certainly show off a healthy budget.Some viewers though may struggle to understand what is at stake which can be the risk with adapting novels that contain high concepts though Thorne is always a writer who provides clarity. I did find there were moments when the fact I’d read the novel helped but all told this version is managing to put the message across sufficiently well. They’ve made it less Victorian and a bit more contemporary so it’s best to see it as a period drama with extra bits. I was expecting more of the daemons who take a more significant part of the books than they do here. In truth this concept is bound to come across better on the printed page than in a tv or film as the animal is an inner voice to each person.
Generally though this is a strong, intriguing opener that sets several scenes with aplomb. It remains to be seen whether a large audience will stick with a story that has more of a fantastical element than the usual top BBC drama. The disappointing ratings for the equally praised adaptation of Jonathan Strange and Mr Norrell  a few years back suggest this is not  assured, however His Dark Materials is a warmer, more inclusive tale that might be better received. Let’s hope so. 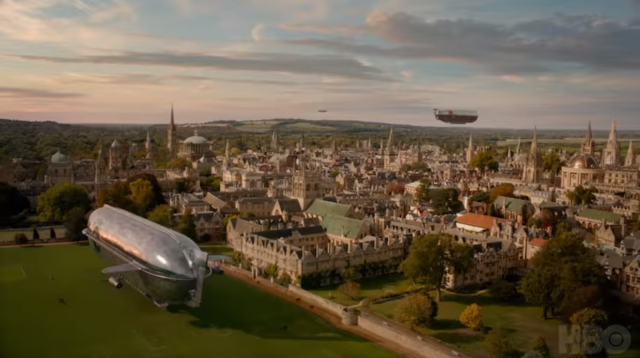