The Sidemen versus KSI- real or fake?


It’s all been kicking off on YouTube since KSI left The Sidemen. Or is it really? OK some of you will be wondering what I’m talking about so here’s a short 101 on The Sidemen. They are football and gaming vloggers with a following of some 35 million subscribers. Though each have their own individual channels they also combine their efforts like the Power Rangers (but without powers) as The Sidemen. Since forming in 2013 they have become a global brand with a range of clothing, a best -selling book and enough popularity to fill a football stadium as they did for a charity match back in May. However where there were seven of them there are now six. KSI, the most popular and controversial of the group quit earlier this month after distancing himself from the others for some time. Since then- and it’s only a couple of weeks- so called diss track videos have been flying back and forth with the ferocity of a Game of Thrones battle sequence. I’d love to include one of these in this post but frankly they are just too near the knuckle (blogging is still a safer environment than vlogging). Whether or not you care about the falling out of people you’ve never heard of, what this is really about is the difference between what is real and what isn’t and whether the obvious fun both sides are having with this `split` is sending the wrong messages to their followers. 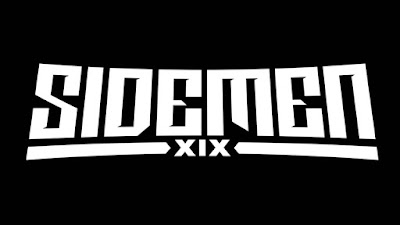 It is perfectly possible these days to make a living doing ordinary things on YouTube. There are people who have thousands of subscribers who watch them unbox new products. Or cook things. Or make tye dye aprons from bits of old socks. Or play electronic games. Or quite possibly tie their shoelaces!! You’ve probably never heard of The Sidemen and neither had I till I was shopping and saw their book. Assuming they must be a pop group I’d never heard of I was surprised to discover that in fact they are football vloggers with more subscribers than many better known YouTubers. They are not just part of the YouTube revolution though, they also represent the new way an increasing number of people choose to interact with football.


The UK’s national sport, supposedly, football has become rather reminiscent of mid 1970s rock music with ever distant stars to whom ordinary people can no longer relate. Football has also been beset by scandals involving its governing body FIFA as well as inflated salaries of top players and soaring ticket prices. The Sidemen are one of the biggest players in the increasingly popular alternative of interactive sport crossed with vlogging crossed with commercial activities.
Originally called The Ultimate Sidemen they started in October 2013 by commenting on and playing video and football games on YouTube. All of them are big fans of football and FIFA and each has at least two YouTube channels; one for FIFA and "real life" videos and one for other games like Grand Theft Auto or Call of Duty. Each of them have `brand` names which make them sound like a group of alien ambassadors from Star Trek. They are (deep breath) Behzingha (whose real name is Ethan Payne), Wroetoshaw (Harry Lewis), Zerkaa  (Josh Bradley), Miniminter (Simon Minter), Tbjzl (Tobi Brown) and Vikkstar123 (Vikram Barn). They sometimes call each other by those names too and lets face it they can call themselves what they want when their total global audience is something like 35 million people. In the 1960s peoples used to think The Beatles all lived in the same house like they did in their films but of course they didn’t. Well, The Sidemen, at least some of them, do live together in a house rumoured to be worth £4.5m. Their moniker is an allusion to those who are "behind the scenes".


Unlike say a boyband with their different personas The Sidemen all seem to have exactly the same hyper personalities which are enthusiastic or annoying depending on your point of view. Their empire has expanded with a book and a clothing line sporting the Sidemen XIX logo, which signifies the Roman numeral for nineteen the day in October 2013 when the group formed. Vlogging fame of course brings with it rich rewards but also an intense sort of relationship from their followers which probably will make it increasingly difficult to remain chirpy the longer it goes on.


While I was preparing a more straight forward post about them one of the Sidemen quit. KSI (real name Olajide William Olatunji) a founder of the group and reputedly their most popular member was always prone to controversy. Having previously diversified into music and films, he has systematically been deleting his own YouTube videos and opting out of activities though he was seen in some Sidemen videos and took part in their big charity football match in May.  In June he expressed his disillusionment with fame and his wish to be a normal person again. He even tweeted a Charles Dickens quote: “We stopped looking for monsters under our bed when we realised they were inside us.”

Unsurprisingly after all that he quit The Sidemen in early August with a video suggesting it was Ethan he’d fallen out with after something to do with a music track being leaked though this sounds more like the final straw than the main reason.  Whether, as with pop groups, his departure is the beginning of the end for The Sidemen remains to be seen but it has lit the touchpaper for a whole raft of diss tracks firing in both directions in what is looking on the surface like a fairly bitter split.


These tracks are basically raps over a basic beat in which the perceived weaknesses, failures and so on of the subject are spat out. The ones that have followed KSI’s departure are outrageously insulting though of course frequently quite funny. The oddest thing about all of this- and what is making people suspicious- is that these videos are watched by the other side in amusement in reaction videos. While much of it is harmless if cutting in the manner of a  `comedy roast` where a celebrity’s shortcomings are paraded in public and they have to grin and bear it, some of the raps are distinctly below the bar. In fact they are so much below the bar – and their target reacts with such apparent amusement- that it makes you wonder whether this is even real. If some of those things were said about you could you really just film yourself laughing like a drain watching it?  While it does seem likely that KSI has really left, the videos seem perilously close to parody aping the attitude of rap videos but in such an overdone manner it has to be a joke right?

I’m not sure though whether the millions watching them get that though and I am sure they will take some of those insults and use them elsewhere and not all of them should be used anywhere. There is an undercurrent of mysogynism about them and without knowing the full story of some of the accusations it sets an unhealthy tone. What this also does, on a small scale, is show that you could convince people of anything in a video if it appears to have has sufficient verisimilitude. There was even a video from an associate of The Sidemen, Calfreey in which he claims to have joined the group and so many people believed this even though it’s not the case.


Living in the era of fake news this has wider implications. The Internet was supposed to free news from the management of states, regimes and corporations who previously controlled it but really who is to say, who can judge how accurate any independent online news item might be. Of course the ramifications of KSI leaving The Sidemen are not going to have a real effect on global affairs (we’re yet to see Donald Trump’s Tweet on the matter) but its an example of how it is becoming increasingly difficult to discern fact from fiction in any media.
PS 16 Aug- Yes it is fake beef mostly, though he has left The Sidemen though he is back in the house so there you are. btw KSI is insane.