Top of the Pops 1981 currently on BBC4. Watched by Chris Arnsby.
Peter Powell, "Hello! Welcome to Top of the Pops! And as always we're changing things round just a little bit and we've got something brand new for you tonight! Stay with us, enjoy the show, and for starters Modern Romance! Ay Ay Moosey!"


Modern Romance: Ay Ay Ay Ay Moosey [45]. The opening crane shot of the Top of the Pops studio looks amazing. The camera is fitted with some variant of a star filter and the studio lights appear to be shooting out rays. There's a big enthusiastic crowd waving flags and streamers. And, rather more worrying from a health and safety perspective, people juggling with fire when there's a lot of hairspray and artificial fabric in the studio. Astonishingly at no point during this song does anyone attempt to form an impromptu conga line. 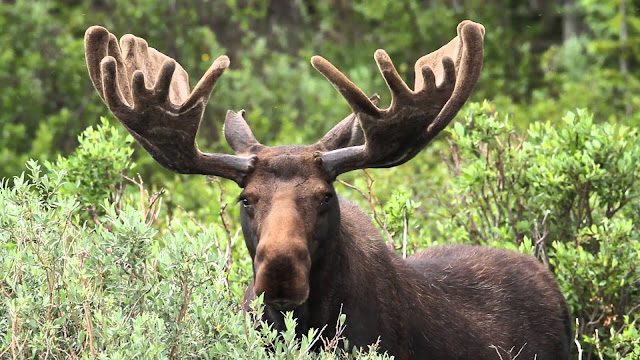 The Police: Every Little Thing She Does Is Magic [3]. "Hit three is The Police!" Hit two surely, Peter Powell? Oh, I see you're referring to the chart position. That seems unnecessarily confusing. Midway through the promo film (Sting and The Boys clown around in a record studio, that's original) we cut back to the Top of the Pops studio to watch people dance. The same thing happened last time on BBC4 as well when the promo for It's My Party was interrupted by shots of the bright young things in the studio audience. Michael Hurll obviously doesn't want the audience focusing on any one thing for too long.


The Dukes: Mystery Girl [47]. A band so bland and anonymous that even Google is defeated. The Wikipedia entry for The Dukes refers to a different band of the same name. Appropriately, a mystery girl dances on a podium to provide some visual interest and, hopefully, stop the audience asking, "sorry, who is this?" Ironically The Dukes raise more questions than they answer. Who's standing behind the scenery and what do they keep doing to make the drummer laugh? Why does the keyboard player dash across the stage in the musical break? He seems to be holding a pair of white roses, why? And who does he give them to? Sadly this question will never be answered because the badly staged action occurs at the back of a long shot and the recipient of the roses is obscured behind the torso of the dancing lady. (John- I like to think they are the "energetic party / wedding band from Berkshire" that a search selects)


Rush: Tom Sawyer [26]. Blurry and dull concert footage from Canada. In the opening lines of the song Rush attempt to rhyme rent with arrogant and defence with events. Boo! I say. Boo!


The Jets:  Yes Tonight Josephine [44]. The early eighties rockabilly revival cannot be stopped. Check out the two people in studio whose sole job appears to be manually rotating the coloured gels in front of the floor lights. Easy money. The camera keeps cutting to some people dancing who are suspiciously well choreographed and turned out. They are not Legs & Co. Who can they be?


ELO: Twilight [30]. Peter Powell is the man with all the answers for the mystery of the well turned out dancers. Zoo are here. Yes, Zoo. Who are Zoo? Zoo are an ongoing audio-visual media convergence artistic phenomenon. Or as Peter Powell more crudely puts it Zoo are "Flick Colby's new dance team!" And they are going to dance to Twilight by ELO. But this is the eighties Granddad so there'll be no more boring choreographed light entertainment twaddle. Zoo are all about free expression, and youth, and life, and movement, and urban alienation (probably) so they're going to have a happening which coincides with the music of ELO. Cheap sarcasm aside, the most significant change is in the presentation. Zoo are a multi-racial mixed sex dance group. However, this isn't just Flick Colby reinventing Ruby Flipper. The other big change is in the choreography. Zoo is (are?) split up into groups of dancers all doing their own thing instead of the carefully synchronised fixed-grin dancing of Legs & Co. The camera can wander around the routine and always focus on something different. The aim almost seems to be to blur the line between the studio audience and dancers, so that the audience at home are not sure if they are watching the crowd or professional dancers. Although for that to be truly effective Zoo would need to dress down, be 200% more self conscious, keep gawking at itself on the studio monitors, and constantly ducking to avoid being crushed by cameras. How does it work? Actually it's not too bad. When shot with a hand-held camera the the screen is a mass of people and the effect is pretty good. Occasionally they cut to a crane shot which doesn't really work, because the camera needs to be close to the action and constantly moving. From the more stable perspective of a crane the whole routine looks more like the TSW Opening Show (on Youtube, if you can stand it).


Julio Iglesias: Begin The Beguine [21]. Peter Powell works in a quick plug for the 1982 Top of the Pops calender (he is Mr December). Then it's on to Julio Iglesias. I'd heard of the romantic crooner when I was a kid. And I think I knew of his reputation as a lady killer, even if I didn't understand what it meant. But I don't remember ever watching him on television -I don't even remember this song although I watched Top of the Pops at the time. Russ Abbot's Julio Doubleglazius had more of an impact. It's weird to suddenly see this vaguely remembered almost legendary figure from childhood. It's like watching colour footage of Mastodons.


ABC: Tears Are Not Enough [50]. Martin Fry's impressive vocal performance is cross faded with footage of a dancing dervish wearing peekaboo shorts. Is this another member of Zoo? Or some ancestor of the Answer Prancer from Brass Eye?No it's apparently Grant Santino "Britain's first ever dance champ!" First ever? Yes. No one ever won a prize for dancing before Grant Santino. No one. Note for Michael Hurll; don't undermine your new dance troop by bringing in someone else on their first appearance.


Closing Titles: The Four Tops, When She Was My Girl. We get about 30 seconds of footage of The Four Tops before cutting back to the studio to watch Zoo, and Grant Santino, et al dance. Last week Gordon Elsbury was credited as Director. This week he is demoted to Production Manager. How does that work?


Performance of the week: ABC: Tears Are Not Enough
Posted by John Connors at 23:33