Ten years ago today in November 2006  a group of us went to New York which I'd seen so many times on tv and film yet ever since it's looked different. I suppose it was sort of in between time to go there, pre Obama but five years beyond 9/11. They were still building the memorial then. Having studied weather forecasts warning of bitter American November weather my case was full of woolies and big coats few of which I actually needed as it turned out to be unseasonably mild. 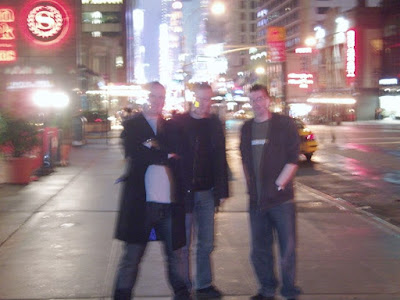 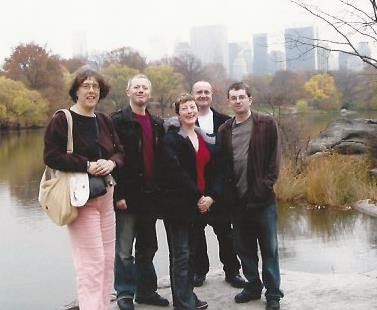 Not being much of a traveller the whole time was a revelation to me and as everyone who visits NYC does I returned with some odd observations which were printed in an issue of thiswayup when it was a fanzine and are reproduced below. I'm not sure whether they are that interesting really, but there they are anyway below plus a few photos from the time.
The place we stayed has to be mentioned. Cheaper than a hotel, renting shared rooms in an apartment block with an excellent view out towards the river seemed like a great idea and indeed it was except that the very month we went the owners had decided to remodel the floor a couple of storeys below us. Naturally this disturbed the resident population of NYC's most numerous residents- cockroaches! It didn't take them long to find us and once they did well let's just say the number we killed that week was in the dozens. Luckily they seemed to largely confine themselves to the communal sitting room and away from the bedrooms and thier presence did make us go out even more than we would have done. By the Thursday we were so knackered with all the walking that we took the open topped tourist bus to see the parts of the city our weary feet hadn't yet reached.


- John Malkovich buys his bagels from Bagel Stix, a shop on the corner of West 53rd and 9th. However he was the only celebrity that any of our party actually saw and after a few days of bagels we never want to see those stodgy monstrosities again! `Malky` can pop round anytime though.
- You should go to the top of the Empire State Building at night, preferably when it’s windy and the clouds are whipping round the railings. You’ll see all the city lights like a massive circuit board and it looks unreal. Plus you don’t have to queue for ages.
- Squirrels in Central Park will not pose for photos. What they will do is sit still until they see a camera or phone being raised whereupon they scamper off laughing into their fur.
- New York is full of Irish bars which are very friendly but incredibly expensive. Staying in them till 4am is not a good idea but you only realise this the next morning.
- American football is omnipresent. There are always matches on or highlights of matches or post match analysis or pre match analysis or pre-pre match analysis or basketball.
- The open top bus tour of downtown New York is a must –do because you see everything plus you get an authentic New Yorker’s view of the city courtesy of the guide. 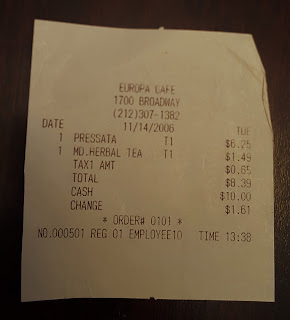 - US TV adverts lack the lustre of their English counterparts and perpetuate the notion that virtually anything can be covered in melted cheese.
- However you can get a decent cup of tea in NY. There is a myth that Americans only drink coffee when it comes to beverages but a good deli will rustle up a decent cuppa provided you remember to specify you want milk and tea in it otherwise you’ll get an iced tea which is basically willocky water and no use to anyone.

- To orientate your way round NY, find Broadway which scythes helpfully right through the heart of Manhattan virtually to Battery Park. Beware however of the tourists’ trap of walking the wrong way. You may well be on East 16th St but are you sure which direction you’re headed in? Do not be afraid to get a map out of your pocket or check the numbers of the roads you’re crossing unless you like a lot of walking. 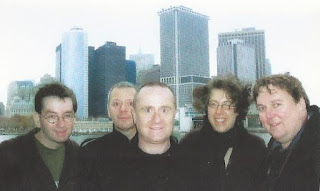 - Alternatively you can take the Metro which is relatively cheap; if you’re there for a week you can get a ticket that allows you unlimited 7 days travel. You really do need to check the map outside the ticket barrier because once you go through, the clues as to which train to catch are few and far between.
- However, you can still see old skool breakdancing on the Metro which will distract you from the “unsavoury people” the travel guides tell you not to look at. As the week went on I started to wonder if we were actually those "unsavoury people."
- If you go to Macy’s get a map at the front door. You may feel faintly ridiculous asking for a map of a shop but without it you will be hopelessly lost as this particular shop is roughly the size of Argentina. 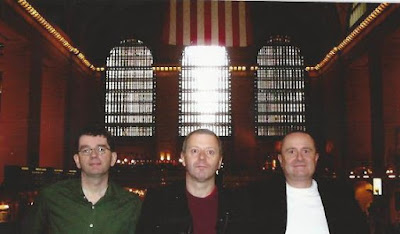 - If you buy anything remember the price on the ticket could be a `before tax` price.
- If you want to use your mobile over there it has to be a mega super tri-wizard glockenspiel model or else it won’t work.
- All railways stations should have chandeliers like Grand Central Station has.