Pan is a better film than people say


The latest spin on JM Barrie’s story -released to buy this week- doesn’t deserve the, erm, panning it’s had


People just don’t seem to like films with flying ships in them! After everyone but me seemed to dislike the last version of The Three Musketeers and its airships, along comes a prequel to Peter Pan complete with flying sailing ships that nobody likes either. I suppose there may be other reasons why the film failed to spark at the box office but I really like the chaos and sometimes the messiness of it. I know if I were the age at which it is primarily aimed it would probably be my favourite film in ages. Trouble with today’s kids is they are just too sophisticated and obsessed with being cool. Childhood should be about mistakes and mess as well! 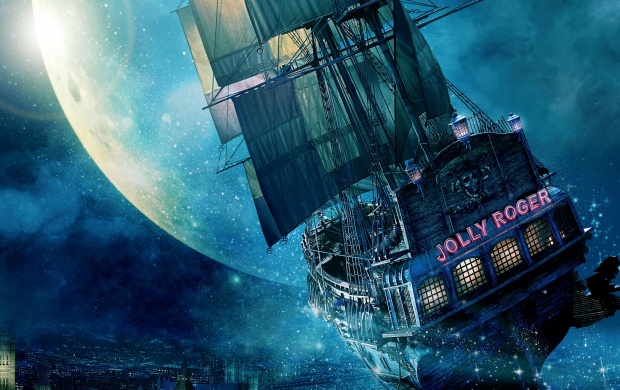 So here we are now in a huge mine with thousands of kids all chanting the lyrics to `Smells Like Teen Spirit` to thundering percussion as Captain Blackbeard makes his memorable entrance! It’s a loud, hectic scene from a loud, hectic film that shows Pan is clearly not about offering a realistic take on the venerable story of the boy who never grows up. Instead it opts to try and be as ostentatiously visual as it can. The result is a series of dazzling set pieces which included flying galleons duelling with war planes, globes full of underwater life floating in the sky and battles in which pistol shot smoke is depicted by whooshes of coloured paint. Yes, I said whooshes. Director Joe Wright drives proceedings with such vigour that it sometimes threatens to overwhelm the characters but there is no doubt he had created an extravaganza of light, colour and action that will thrill anyone who is prepared to go with it.
Ultimately this can clash with the initial pitch which appears to present a grittier take on the story with young Peter abandoned as a baby and growing up in an orphanage run by capacious nuns who seem to be hoarding food and goodies. However the realism stops there because the nuns turn out to be in cahoots with evil Blackbeard who is kidnapping orphans from his floating ship from which his crew abseil down and snatch the children as they sleep. This sequence starts what proves to be a quicksilver ride to Neverland. The action, designed for 3D, tumbles and twirls just as effectively in 2D. 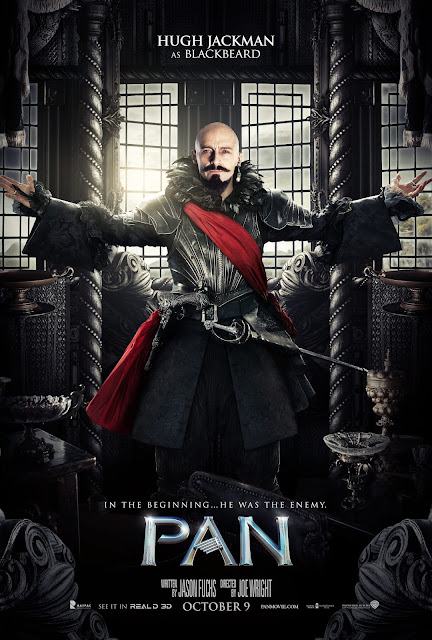 It is hard to see why people didn’t take to the film, The initial chase is thrilling as Wright’s vision allows us close up to the chaotic action. Once we arrive in Neverland it is sumptuously depicted on an epic scale. Hugh Jackman’s Blackbeard is one of those arch villains who is always a moment from twirling his bead but the actor adds enough menace to make him dangerous, particularly to younger viewers. In Levi Miller the film has found a refreshingly direct young hero who copes well with all the things being literally and emotionally thrown at him while Rooney Mara makes a superb kick ass Tiger Lily. As a young Hook (without the hook as yet) Garret Hedland appears to be channelling Han Solo’s demeanour with John Wayne’s voice but does so with such gusto that it works.  Crucially too the movie always taps into Barrie’s original themes with just the occasional nod forward and just enough but not too much slapstick.


It’s not perfect; some may find its boundless energy taxing and long for a little more substance in the narrow windows between the action. The finale lacks something after the excellent set pieces that have gone before and looks just a little bit too CGI. All of the emotional beats are predictable though that doesn’t detract from the strong way they are played. It would also have been good to have seen a bit more of Blackbeard’s henchmen. Smiegal played with a delightfully furtive and untrustworthy persona by Adheel Akhtar gets plenty of screen time but the others are given only morsels, though make the best of them.


Pan is, for this viewer, a breath of fresh air that may not always hit the mark but never stops being entertaining.
Posted by John Connors at 22:25