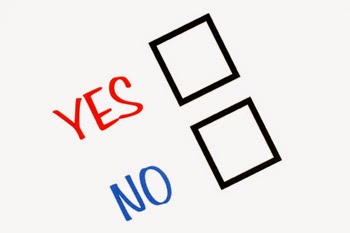 In theory we elect politicians to make decisions. They do this- supposedly- after widespread consultation because there are plenty of experts and nobody is an expert on everything. The more we move towards referenda when it comes to tricky decisions, the more it could devalue politicians. There is a whiff of indecision in governments calling these votes; as if because they can’t reach a verdict they open it up to us. The trouble is we are choosing between options that have been pre-set by the slant of the question, without that expert knowledge politicians have at their disposal and in the heat of campaigns that will not necessarily be giving out correct information about the consequences of the vote.

Only the truly diligent Scots would spend this summer researching the claims and counter claims regarding the country’s prospects. Mostly they will listen to both sides- or in a lot of cases just one side- and vote based on an ill formed bite sized chunks of information. As soon as you announce a referendum, facts disappear to be replaced by each side apparently proving they have the answer. Well, they can’t both be right can they?

Of course you’re thinking now; surely that’s what we do when we elect MPs anyway? Which is true but once elected they encounter the reality of issues that perhaps their campaigns did not explore. They also enter the orbit of independent advice and scrutiny. A referendum whose result is already set in stone to be enacted before anyone knows what it is and without that expertise and scrutiny seems a cavalier way to make major decisions.

The best way to have a referendum- if indeed we must have them- is for them to be flagged up from the start as part of the consultation process and non binding. It may well be that the resulting vote is too powerful to ignore but it needs to be assimilated into the wider process rather than just accepted as it is. It must ultimately be up to the government of the day to take these big decisions and a referendum should only be a part of the process, not the final word.