The serving of Kedgeree is a staple moment in any historical drama notably Downton Abbey in which Hugh Bonnevillle and his family seemed to live on it. No crisis is too severe, no issue too pressing to miss out on that daily dollop of Kedgeree. I doubt if many people have it nowadays as our lives are far too busy to contemplate cooking an actual meal at breakfast and there are quite a number of people who claim not to `have time` for breakfast at all. (Hint- get up earlier!). Every cookery site you look at which features it claims it remains a popular dish but I’ve never encountered anyone who mentions Kedgeree much less makes it. So what exactly is it then?
Kedgeree has been called “the breakfast of kings” and can be eaten hot or cold. Its origins lie in the days of the British Raj and an Indian dish called Khichiri which consisted of rice, spiced lentils, fried onions and ginger. This traditional dish had originated back in the fourteenth century. The colonial English developed a liking for Khichiri as a breakfast option and inevitably it started to be made back in Victorian Britain as well. The Victorians were notable adaptors of things ( after all they more or less invented Xmas) so at some point cooks here decided to add fish to this mixture as Kippers were a popular breakfast at the time. However it was decided that smoked Haddock worked better.
If you have a  notion to make Kedgeree the advice is to cook the rice in advance and make sure it is dry. The fish and eggs should be a fresh as possible (you can see the faff is starting already!). For further details there are a zillion recipies online which is odd as nobody seems to eat it nowadays. This one is from the BBC food site courtesy of the Hairy Bikers. If you’re trying it imagine all these words in Geordie. https://www.bbc.co.uk/food/recipes/really_good_kedgeree_75198
Online there is even an actual recipe from Downton Abbey (though I’m sure this was a drama not real life). I’ll leave the last word to Hugh Bonneville. “Kedgeree?” Er, no ta, Bonny, I’m off to McCosta. 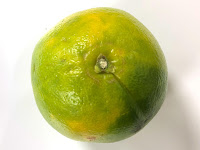 Three Other Bad Breakfast Options!
Grapefruit!  There isn’t a word in the English language which adequately describes the taste of grapefruit. Its somewhere between bitter and sour and then add more bitterness. The real killer though was grapefruit segments which would often be served in English bed and breakfast hotels. Grapefruits are not small so you’d have to wade through a lot of segments and afterwards the taste seemed to colour anything else you ate. Mind you health experts seem to think its worth all that unpleasantness. Grapefruit contains antioxidants, nutrients and fibre and is said to be one of the healthiest citrus fruits. It can reduce risk of heart disease and help with weight loss. So, take a deep breath and try not to notice that taste…
Kippers!  Two things stand out when it comes to kippers. One is that you never see a kipper swimming about in the sea as of course they are herrings. Second is that they contain lots and lots (and lots) of bones. They may be tiny bones but they are bones nonetheless and who wants to spend their first hour of the day removing bones from their mouth and /or a bright yellow fish? Kippers used to be popular until the 1970s which is odd as that decade is often home to some terrible food.
So why are they called kipper if they’re actually herring? `Kippering` originated in the 1800s and the process involves slicing a herring in half from head to tail, gutting, salting (or pickling) and then smoking it. After such a procedure it’s a wonder that they do taste of anything. Though herrings are normally used, due to their wide availability, you can kipper any fish.
Fried Tomato! It’s a mountain of mush, a mass of red liquid that floods the breakfast plate and turns everything else into islands. It's not supposed to quite look like that of course but it always does. A sea of red mush. 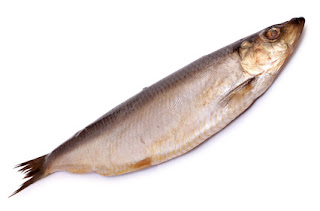