There’s nothing worse than winners taking every opportunity to take a pot shot at the losing side but the levels of abuse handed out to anyone who publicly now expresses views supporting anything less than the hardest possible Brexit says more about the abusers than their target. The number of times over the past 16 months I’ve seen the term `Remoaner` tiredly dragged out yet again makes me feel these people don’t understand at all what happened. Yes we had a referendum in which the side wanting to leave the EU won though not by a massive margin. That’s all it was. There was nothing in that referendum question about the nature or speed of our exit. In fact it was only because David Cameron was foolish enough to state he would abide by the outcome that we were more or less forced to trigger our departure so soon.  Now we have triggered it there is a process in motion which doesn’t seem to be quite exciting enough for some Leavers. Did they think we’d be leaving the week after the referendum or something? 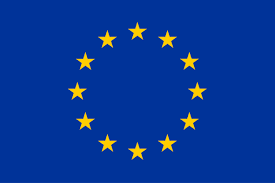 48% of those who voted – and possibly a fair amount of people who didn’t – still oppose Brexit. Yet whether you oppose or support it surely it should end up with the best possible outcome for all concerned? Some Leavers seem to want to abandon all our previously honoured commitments to the EU right away a bit like deciding to move house and then saying `I’m not going to pay any more of my bills because I’m moving in a few months`. Sorry but this is money we are already committed to as a member of the EU which we remain until the day we leave.  The advocates of the so called hard Brexit also seem happier for us to quit without any proper agreement over future trade and other relations which would mean that these would only start to be worked out after we left. That could take months, years even. What do we do in the meantime? If you think prices are rising now just imagine how they will soar if we engineer a hard Brexit.
I can’t understand why, having won the day, these extreme Leavers (and I know many who voted to leave are not at all like this) seem obsessed with just leaving as soon as possible without any safety net. Don’t they have houses families, kids, possessions? The irony is how some of them espouse faux national pride in the UK but if they got their way the UK would be badly damaged.
So this moniker `Remoaner` derives from the hard Brexiteers wish that the 48% just shut up and say nothing. If people with strong beliefs did that, their own leave campaign which started off trailing would never have won the vote. So they may call us Remoaners but I think we’re Realists. We’re not saying we shouldn’t leave (though I have faint hopes another generation of politicians will take us back in one day) just that we should strive to leave in the best possible way for both the UK and the EU. Because once we have left the EU will still be there and we will need to trade and interact with them.