Why don’t people wear a hat when it’s cold?
It’s a well known fact that we lose most of our body heat through our head yet when it’s cold these days most people still don’t wear a hat. Worse; they emerge from overheated buildings or cars without a hat which means they are moving unprotected instantly between temperatures that could be as much as 20 degrees apart which, at the very least, might give them a brain freeze.  Why do they do it? Aren’t they cold? Have they developed hair that acts like a thermos flask trapping the heat next to their skull?

One reason for this behaviour may be vanity. Hats tend to flatten hair, especially if worn for lengthy periods and for younger people this would be nothing less than a calamity. The appearance of their hair is more important than catching a cold or a chill obviously. For older people it is more difficult to understand. Maybe men don’t want to appear weak by donning a hat; or at least perhaps no man wants to be the first to wear a hat so therefore no man does. Women may not want to be seen as old which they might be by their peers if they are be -hatted.
Course, there are fashion hats; some indie types even wear woolly hats in the middle of summer when the temperatures are in the 30s which is just as ridiculous. Curiously, despite not wanting to wear hats, a lot of people do wear hoodies which are sort of hats attached to the coat if you like. However if you’ve ever tried to protect yourself against a chill wind wearing a hood instead of a hat you’ll know that they are not actually as good.
In the old days- i.e. before about 1980- people often wore hats on normal days. City types would stroll into work sporting bowler hats, ladies going out would often be seen wearing elaborate head gear. There were milliners that survived as businesses selling- gasp- nothing but hats. Imagine that! Nowadays hats are mainly worn on special occasions such as a formal event like a wedding or one of those posh horse racing meetings or else if it is so amazingly cold that it becomes simply impossible to venture outside without one.  However it has to be record breakingly cold and it has to be in the middle of winter. 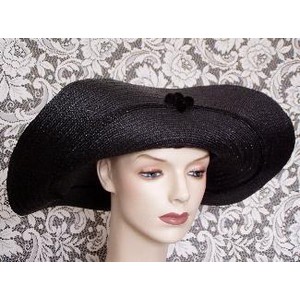 It doesn’t matter how cold it might be in March, nobody will wear a hat because “crivens, it’s the Spring. We can’t be wearing hats in the Spring”. Wearing a hat unless the temperature is sub Arctic or you are forced to by etiquette is just no longer on. If you do, you will attract incredulous looks or, worse, an insulting remark.
The decline of hats- and for that matter umbrellas, gloves, long coats and (students aside) huge scarves- is symptomatic of Britain’s slow retreat from the practical to the self conscious. We are more concerned with how other people see us than whether we are comfortable or warm enough.
One upon a time, people wore largely what they liked and even when fashion became more dominant they still dressed to the weather. Now, there is a fashion regime that is as much about what you can’t wear as what you should. The shops offer plenty of different styles of indoor clothes but when it comes to the outdoor some things are just not seen as acceptable and whether we end up with global warming or a new ice age, that is probably not going to change.
Posted by John Connors at 19:11