Guardian of Piri
You can’t accuse this show of stinting on the unusual when you see a planet like Piri. With a red sky and lots of white globes sitting about like exotic lollipops this has to be one of the more unusual planet surfaces of the era. It may well be a set but it’s a busy and impressive one so perhaps it’s the design that lures the Alphans to the place! The episode opens with an Eagle taking a look to see if the latest planet to pass by may be suitable for the Moonbase crew to move to. Suddenly the ship starts to malfunction and appears to crash while Alpha itself is suffering multiple computer related failures. They don’t switch it on and off again and the sole IT expert David Kano vanishes quite soon after we learn he has the equivalent of a microchip in his head through which he can directly connect to `Computer` as its unimaginatively named. I suppose its better than an embarrassing acronym. 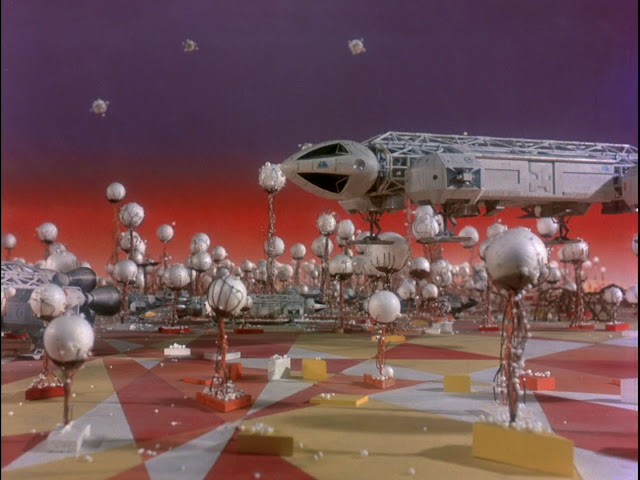 Pretty soon everyone wants to go to Piri on a promise of everlasting peace which seems to involve staring beatifically into the middle distance, sometimes after removing your top (men only btw, women can don tasteful bathrobes!). The only holdout is Koenig but the flaw of the episode is that this is never satisfactorily explained. Is he just too grumpy to succumb to the good vibes? Does he not like globes? There is a sense that his will alone is keeping him thinking straight but when great minds like Victor are taken over, how come Koenig isn’t? Everyone else seems to be taken over very quickly yet he resists even when the temptress is Catherine Schell in a different role to her season 2 one. Martin Landau always excels at this sort of stuff- fighting against the highest odds till he appears alone and isolated.


In truth this is an episode that struggles to fill the time with its simple plot meaning that Operation Exodus is over after half an hour and there is some padding as the commander tries to work out a solution to the dilemma. He ends up taking on everyone and managing to shoot Catherine Schell who turns out to be an android. The title is a red herring really as there is no Guardian and in that handy sci-fi way when the android is destroyed so the force holding the Alphans there is broken and everything blows up because, well, because it looks great.


There is some fun to be had though especially as Carter gets himself into a ruck yet again- this time with Koenig. There’s a great party scene too – watching Victor and Helena playing hide and seek round a console is worth watching the episode for alone! 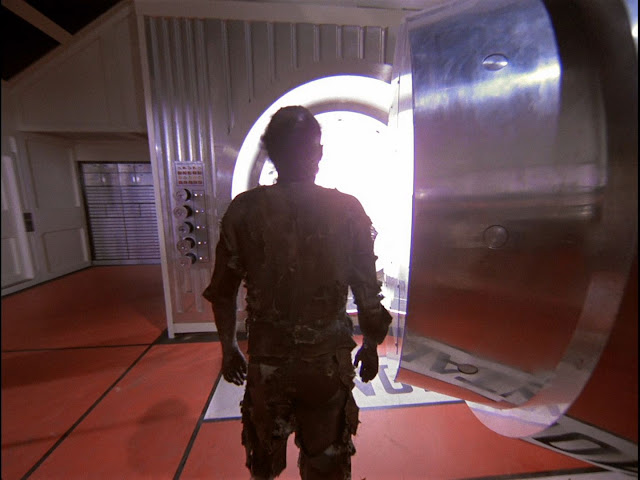 Force of Life
Director David Tomblin gives enormous urgency to this somewhat trippy episode in which technician Anton Zoref is taken over by an unknown alien force that seems to feed on energy. The production is top class turning what might have been something of a run –of- the mill story into much more. Tomblin utilises a battery of camera techniques to convey the strangeness of the alien while guest actor Ian McShane successfully menaces several Moonbase Alpha personnel sometimes with fatal results. At times its surprisingly graphic for what was seen as mostly a kids series with sudden freezing effects deployed to the alien’s victims. At the climax when Koenig orders all power to be switched off to try and isolate Zoref we see medical staff attempting to manually resuscitate a patient. Even more extreme, after a beam that was meant to finally fell the visitor resurrects him as charred with glowing eyes the results are a match for any horror movie of the day. That all this takes place in the comparatively bright environs of the base makes its use of scare techniques even more impressive.


David Tomblin deploys fish eye lenses, wide angle views, at one point he has our point of view of a body roll over.  Zoref’s draining of energy provides ample opportunity for use of shadows further emphasising the threat. Even when you know the set up is being deliberately melodramatic it still works a treat. Zoref’s stalking of Helena around a darkened room (because who doesn’t turn the lights down when they’re working and there’s a potentially dangerous being in the next room) is superbly rendered. There’s also a very good effect used sometimes that appears to show a heat haze around Zoref’s head. A sense of unhurried measure abounds in the way the episode is assembled and presented which seems most unlike the product of the regular grind of producing series like this to end up with 24 episodes a year. Together with some excellent sound effects and suitably atmospheric music `Force of Life` is almost a mood piece, a work of disturbing art.


What is equally rewarding though some may find odd the leads take something of a philosophical view of events in the aftermath. Indeed Victor- whose “clockwork heart” almost gives up when the power is cut- seems impressed that they may have witnessed an evolutionary stage in the life cycle of a being whose origins they will never know. Thankfully Johnny Byrne’s economical but focussed script never resorts to the visitor speaking with mundane aims or demands. It is simply allowed to be, to act and then at the end leave. If it sounds anticlimactic in print believe me it’s anything but. Powerful, absorbing and with just enough edge, `Force of Life` scores highly in every way. 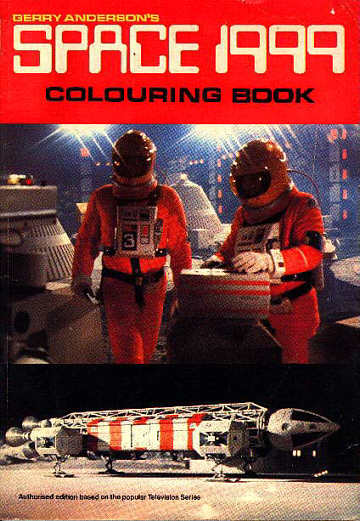