There are tales of people going back again and again to cinemas to watch this musical; in fact it’s still on at some of our local screens over five months after it first opened. This is rare these days even for some huge blockbusters. Yet some critics panned it on release last year – “big top baloney” was one of the comments made but it’s outlasted the movies released around the same time. The PT Barnum depicted in the film would surely approve of this turn of events. According to the narrative he welcomed criticisms which he felt helped promote the show and sell tickets- we even see him in a hat with word `humbug` written in gold lettering on it! Now its available to buy the rest of us can find out what the fuss is about…. 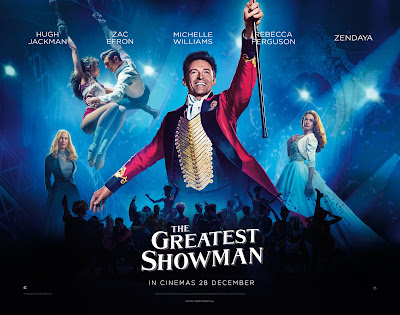 Phineus T Barnum grows up in poverty becoming an orphan yet harbouring big dreams inspired by a local girl called Charity with whom he stays in touch. The grown up Barnum and Charity marry and have two daughters and when he loses a job in a shipping firm he uses a ruse to buy an old New York theatre to turn into a museum of curiosities. When this project attracts little interest he takes his daughter’s advice to have something that’s “alive” recruiting the city’s `freaks` as live exhibits.


Presented with all the swooping exuberance of the best musicals what really surprises about The Greatest Showman is how modern it feels. Instead of in period songs or traditional musical numbers, the songs splice modern pop production with indelibly catchy choruses while the lyrics address identity issues, confidence, chasing dreams etc. Songwriters Benj Pasek and Justin Paul really nail on the head exactly what this sort of film needs. All of their songs are great and two- the strident `This Is Me` and the rousing signature number `The Greatest Showman` and exceptional. Michael Gracey’s direction is appropriately fluid capturing the developments outside the theatre just as gracefully as it does the songs and circus performances. Sharply edited it packs a lot into 100 minutes and this may be part of its appeal. 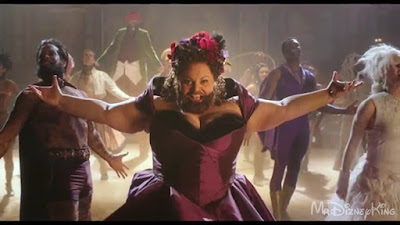 The cast are tremendous. As he showed in Les Miserables, High Jackman is a natural musical performer despite his reputation for more serious roles and he leads the company here with assurance. Barnum’s rag tag band of misfits don’t perhaps get as much screen time as they should but Keala Settle as bearded lady Lettie Lutz is phenomenal. There’s strong support too from Zendaya as a trapeze artist and Zac Efron as a young entrepreneur who invests in the project. His and Jackman’s bar room discussion set to music is one of the film’s glorious set pieces with more than a flash of old style musical about it. Rather like Barnum himself the film overwhelms you with the notion to get behind it.


So why were critics so snippy? Well some reckoned that the narrative glosses over some of the less pleasant aspects of Barnum’s life though we do see him becoming seduced by fame when he comes into the orbit of a renowned singer and seems to abandon the `freaks` for her. Also the film does necessarily cherry pick aspects of Barnum’s life and re-arranges them; for example he only became involved in the circus later in life at the age of 60. Some reviews drew parallels with the smoke and mirrors show that Barnum put on and the methods the film uses.


Some or all of this may be the case but the fact is that The Greatest Showman is what it’s name suggests- a riot of colour, music and feelgood messages. If it is humbug, it’s the best kind!