Of all the alternative energy sources that are being tried around the world at the moment tidal energy seems like it should be the best option for at least a portion of our energy needs. While we do seem to have a lot of windy weather, it’s not every single day and as for solar energy you’re not going to be getting those long sunny days on a regular basis. Other alternative energies seem to require a more involved process. Tides on the other hand ebb and flow every day whether it’s wet, cold, hot or sunny. They come in, they go out and the basic principle of using the energy from water to power things has been around since the days of the water wheel. Plus when you’re an island nation it seems to be obvious to use a resource that is all around us. 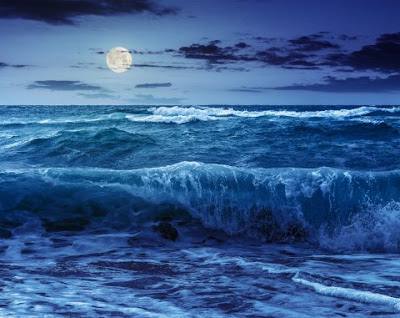 I have a science fiction style vision of enormous tidal hubs dotted around the coast but in order not to disturb the view too much they are mostly made of transparent material. I’m sure the reality of tidal power is less visually appealing but even so surely this should be the one we’re pursuing. Opinions differ on the timescale but it is probable that fossil fuels will expire within many of our lifetimes so we don’t have unlimited time to decide what to do.


Tidal energy is safe and it doesn’t take from or damage the planet in the same way that options like fracturing (aka fracking) do. Instead we are using an event that occurs naturally- the tide – to power our energy needs. It seems both ethical and logical especially as it is totally predictable compared to Sun or wind. Tidal power doesn’t emit any harmful gasses and the equipment used does not take up as much space as the likes of a power station.


So how does it work? We asked a passing hydro- scientist who outlined the process. Tides are caused by the gravitational movement of the Moon and the Sun in relation to the Earth. High tides happen when the Earth and Moons’ gravities line up with each other and low tides are when they are at ninety degrees. The motion of the tidal water contains large amounts of kinetic energy which can be harnessed.  Water has a density a thousand times higher than air meaning it is possible to generate electricity from it at lower speeds.

There two main methods used to achieve this. A Tidal Barrage is which is built across the entrance to a tidal inlet creating a tidal reservoir. It consists of a low wall with a series of tunnels inside through which the water flows controlled by gates. There are turbine generators inside the tunnels which spin as water rushes past them generating electricity. A Tidal Stream Generation system is less environmentally intrusive eschewing the barrage and placing turbine generators below the water surface. In look they resembled wind turbines. There is an issue though in that these can cause hazards for shipping. Estimates vary as to how much of the UK’s energy needs could be met by tidal energy and it certainly would not generate enough for all of it but a 2013 study estimated as much as 20% of our energy could be generated form the tides,


However UK government enthusiasm for the option seems to have dimmed in recent years. Earlier this month  a £1.3bn project to create a tidal lagoon in Swansea – the first of six planned- faced the prospect of delay and possible cancellation due to government dragging their feet over committing the necessary finance to a project they had been enthusiastic about just last year. This ties in with a general government malaise in committing to any kind of projects that could replace the soon to be obsolete power stations. There have also been suggestions that the technology is proving more difficult to develop than envisaged leading to delays.


As with wind power and solar energy it surely makes sense to utilise something as natural as tidal power for long term benefits and a cleaner environment.