The Gifted season one review

Of the many fantasy series currently playing on multiple home viewing outlets, The Gifted may well be the most traditional and straightforward. A spin off from the X Men universe it focusses on a disparate group of mutants struggling to survive during a government crackdown on their kind. As the authorities- in the form of Sentinel Services- employ increasingly inventive and ruthless methods, the so called `mutant underground` are forced to question their own tactics. After so many series- notably another X Men cousin Legion- doing their best to bamboozle with narrative or visual trickery it is refreshing to discover linear storytelling and characters we can root for and become interested in. 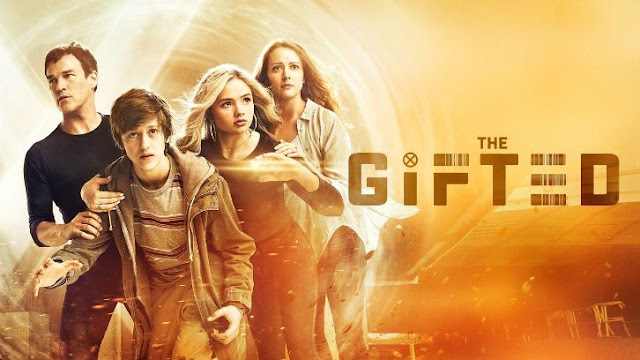 On the surface some viewers may find The Gifted a little too obvious at times; each episode has a prominent X in the name, check out the initials of Sentinel Services- and somewhat of the `here’s something vital I never told you all this time` line of revelation. Yet there is a heart to the show which presents the scenario from a family centric viewpoint. So at the start Reed Strucker (Stephen Moyer) is actually working for Sentinel tracking mutants seemingly unaware that his own children are gifted with abilities. Once this is uncovered he, wife Caitlin (Amy Acker) and the kids are forced to flee and seek help from the very people Strucker was recently pursuing. Meanwhile Sentinel’s Jace Turner (Coby Bell) has issues of his own with his daughter’s death four years earlier during an anti mutant protest meaning he struggles to separate the professional from the personal. Then there’s Lorna Dane aka Polaris whose forthcoming baby with Marcus Dias (Eclipse) makes her re-assess what she needs to do to make the world a safer place. Even the lesser used characters have enough attention to become three dimensional.
The narrative is careful to allow equal time to both sides so that Sentinel is not simply a bland protagonist but driven by government concern over people’s growing anti-mutant sentiments. It could be seen as an allegory of any number of minority issues but the series never allows itself to become entrenched in good and bad instead exploring the more interesting shades in between. There’s a strong line in relating contemporary issues within the narrative done with more subtlety than some of the X Men movies had time for. It shows how the extended tv series format can be better for this sort of detail. Several episodes examine the potential outcomes of action and what the mutants need to do to survive while the writers manage to conjure up believable but risky enterprises for them to undertake. This works especially well in what becomes a personal cat and mouse game between Strucker and Turner culminating in a (verbal) confrontation at the latter’s home which encapsulates several interesting arguments. 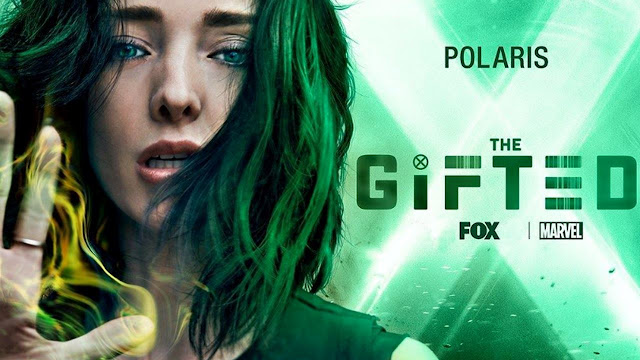 A large group of characters take some getting to know but the show introduces everyone well enough so we soon understand what makes them tick. In a strong cast there are especially good performances from Amy Acker whose Caitlin has to use personality alone having no powers and also Emma Dumont who’s Polaris evolves from a caged prisoner to vengeful agent. Coby Bell adds surprisingly nuanced aspects to Turner who could easily be just a straightforward villain while Owen Teale as Eclipse gives a real sense of how his powers bring conflicted emotions. Stephen Moyer is a strong lead especially as the revelations about the Strucker family past surface.
The show is peppered with some excellently staged action sequences inventively making the best out of a television budget as well as being directed to mine the maximum tension from a series of daring raids or mission. Sentinel’s attempts to find the underground also involve some inventive re-workings of mutant powers including two of them shackled together to double their fire power as well as some large metal spider things. Some of the mutant abilities we see are also more than just being able to destroy; one character for example can create images to hide what's really happening.  The powers and the tech never overwhelm the human side of the drama though leaving it richer as a result. It’s striking too that the underground hide in a dilapidated old building somewhat different to the opulent house the film X Men once occupied. Visually the series’ aesthetic is not to always hide in the dark as some shows do; plenty of the action takes place in daylight.

The early episodes are necessarily scene setters though the writers real skill is in engineering great cliffhangers each time which draw you back. They speed through a lot of developments to carry the show forward until the revelations of later episodes which take some interesting turns. By episode 3 the pieces are in place but any sense of formula is pulled apart by the thrilling episodes 9 and 10. These two- titled `outfoX` and `eXploited`- are terrific and packed with stunning sequences and some unexpected shocks. They free the show of any lingering sense of safety suggesting that any character could be in jeopardy regardless of what has happened. At times they are also surprisingly hard hitting not so much by what they show but by implication. The finale is another game changer and sets up a potentially explosive clash for a confirmed second season.
There are more sophisticated or left field fantasy series around but few are as enjoyable or involving and if it continues its upward trajectory there is no reason why The Gifted cannot come to be seen as one of the best.