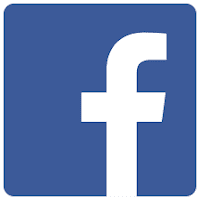 Serious though the personal data breach from Facebook is, it represents the tip of a very big iceberg. If you look into it the fact soon becomes apparent that our personal data trail is left everywhere. From what we search, log into, register on to our credit / debit cards, deliveries, purchases to wherever we go with our smartphones. It would be possible to build an hour by hour picture of what a person did all day.  If the so called Internet of Things takes off then this will intensify so that anyone who made an effort could find out what was happening in your home even if you weren’t there.  This cannot be re-boxed; all we can do now is find a way to ensure it is reasonably safe. What makes it more frustrating for the public is that we have to go through an increasing number of ever more complicated passwords and set ups supposedly to protect our data when in fact it doesn’t seem to.


One of the most disturbing statements to emerge from the social media cognoscenti in recent years has been the declaration that “privacy is over”.  Tech boffins may get excited about this concept yet the furore over the Facebook breach suggests they have misjudged the public mood. Whether or not this breach influenced the result of the US Presidential election is probably un-provable but people are becoming increasingly uncomfortable with the idea that their online –and sometimes offline- engagement can be scrutinised, packaged then re-used.
There are two aspects of this. One is the amount of data that is collected in the first place and what it’s for. Various cheery announcements tell us that it’s to increase the customer experience, make it easier for us. However it does lock you in to particular site like Amazon for example. It’s much easier to log in than to fill out a form each time though I always leave non mandatory fields blank. The idea that we can avoid marketing is a fantasy because it is everywhere, not just online. Look at the amount of paper leaflets that still get pushed through your letterbox in our supposedly digital world. You can ignore it and it’s not realistic to expect legislation to act against basic advertising. In the end every company you engage with- except government or NHS related ones- is a commercial organisation that has to somehow make money and will seek to advertise their product.
This data harvesting is definitely annoying yet also amusingly literal. It also has an uncomfortable reach.  For example try searching for something on Amazon and you’ll find that the next time you go in there lots of similar products will be recommended for you. Whatever software they use seems to have been programmed to imagine we only like a narrow spectrum of things.
The second and to my mind more serious aspect is how huge quantities of data seem to be able to be moved in one fell swoop. This should be just illegal without a due process and cataloguing under which the data is transferred. There are probably some legitimate reasons why it should sometimes happen but the fact that it seems to occur without any checks or approval is staggering. The idea too that Facebook had no idea this had happened until after the fact suggests they have no control over the data they mine.
Official advice as to how we can protect our personal data incudes being alert to imposters, not providing any information to companies unless you have approached them. If you dispose of a device overwrite the hard drive using a wipe utility program, if it’s a phone remove the SIM or memory card as well as removing all the records of calls, photos etc.
They recommend using encryption software which scrambles information you send over the Internet – look for a `Lock` item on the status bar of your browser. Use strong creative passwords. Don’t post too much personal information on social networks. This has implications other than data theft. Announcing on Twitter or Facebook that you’re away on holiday basically says `my house is empty now`. Best to save the holiday snaps till you’re actually back. Don’t undertake personal transactions using public wi-fi.
In the end, it’s no good blaming social media and others when data theft happens because we are all complicit in giving too much away online when we don’t always have to. It is perfectly possible to engage on these platforms without revealing things that can help build too detailed a picture of who you are. It is legally difficult for legislators and technically tricky for online security firms to catch digital theft `in the act` so we shouldn’t be expecting a sea change any time soon. It is up to those who run these large platforms – and those who use them- to take responsibility for what we give away.