A feelgood movie about the recession sounds unlikely but this film, shot in just 40 days, is presented as such. Written, directed and financed by independent filmmaker Markus Markou it’s the story of millionaire entrepreneur Harry Papadopoulos whose plans to build a shopping precinct are derailed by financial woes to the point where he loses his fortune and even his mansion. His estranged wayward brother Spiros comes to the rescue with the idea that the family live and work with him reviving the fish and chip shop their parents used to run. Such a plot could be a serious –even tragic- film or a comedy of manners but Markou choses neither option. Instead he presents as realistic a scenario as he can on what is clearly a low budget. It’s more reminiscent of a TV drama than a big screen outing but has its heart in the right place. 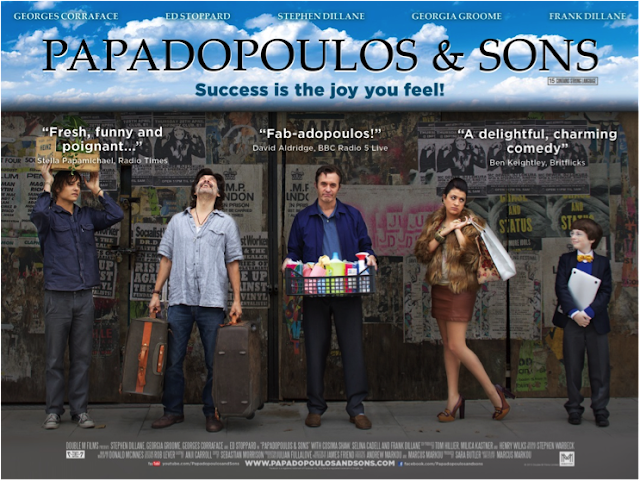 Any Game of Thrones or Fear The Walking Dead fans catching this because of the presence of Stephen Dillane and his (real life) son Frank will find themselves a long way out of their comfort zone. The acting is low key and natural, the narrative slow to unfurl and the end result is more like a study of family than a film with momentum. There really isn’t even any mild peril until right near the end when a character has a medical emergency.


You can see some of the developments coming a mile off yet the film has a charm and some good work, especially from Stephen Dillane. He makes Harry a difficult person to empathise with which, as he’s at the centre of matters, could be a problem for some people. However I like the fact he’s prickly, awkward yet well meaning, embarrassed mostly by the circumstances he finds himself in. The actor conveys this by underplaying the role, grimacing at each turn of events yet ultimately finding “joy”. Not that he ever jumps about (though does indulge in some Greek dancing at the end). It is refreshing to find such a character who doesn’t completely alter his personality but changes in a believable way. It’s a subtle, strong performance and ably supported by George Corraface as Spiros. The brother is the opposite – loud, ebullient and constantly optimistic even though we learn he has never applied himself to jobs or life as Harry has. The dichotomy between the brothers lies at the heart of the film as Spiro gradually cajoles Harry to adjust. As the film progresses we also learn more about their shared past and the tragedy that lies at the heart of their estrangement.  The Greek aspect of the family (inspired by the writer’s own background) is not especially prominent for most of the film, in fact Markou has said  its “is not about being Greek or Cypriot at all…it really is about family unity at a difficult time.” 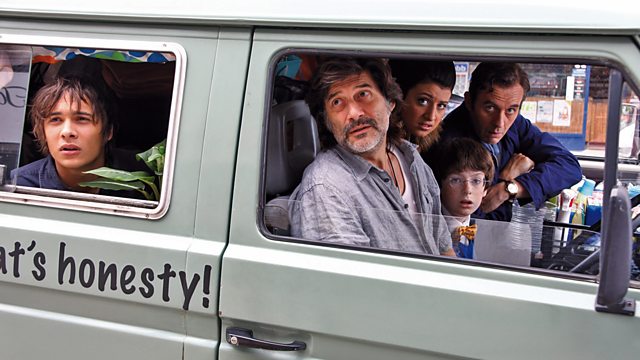 Outside of these two, the other characters could have done with some more issues of their own. Youngest son Theo is a precocious chip off the old block buying shares online at the age of 10, daughter Katie doesn’t want to move but then finds romance with the son a rival kebab shop owner while eldest son James would rather grow plants than follow in his Dad’s financial footsteps. These are good foundations but are never really developed, there’s no particular rebellion or trouble- everyone is just a bit too sweet! Likewise, Selina Cadell- a gifted comedic actress- as housekeeper Mrs Parrington is underused. That rivalry with the kebab shop across the road is also never developed to its potential and resolved in the flimsiest of ways.


Despite this the film is very watchable with the actors doing their best to add personality. Sometimes it feels like we’re watching a documentary rather than a drama and thanks to the performances it remains entertaining throughout. Often this low key approach pays off, especially when the film’s one shock dramatic moment occurs. Upon its release in 2013, the film received a warm welcome with critics giving it widespread approval and The Guardian describing it as “an ambitious attempt to rewrite Lear for laughter rather than tears.” I’m not sure even its creator had such lofty aspirations but as a study of brotherly differences Papadopoulos and Sons works.
Posted by John Connors at 22:30