It’s easy to forget just how many great movies Steven Spielberg has made, not just the iconic ones but the more serious ones and those that are perhaps less well remembered but still a good watch. I’m not sure yet which category Ready Player One will slot into but as if it needed being said is yet another hugely entertaining, visually strong and well composed film. While I feel there is something lacking overall it is frequently as breathlessly exciting as the virtual reality world it depicts. If you see it- and you should- find the biggest 3D IMAX screen you can! 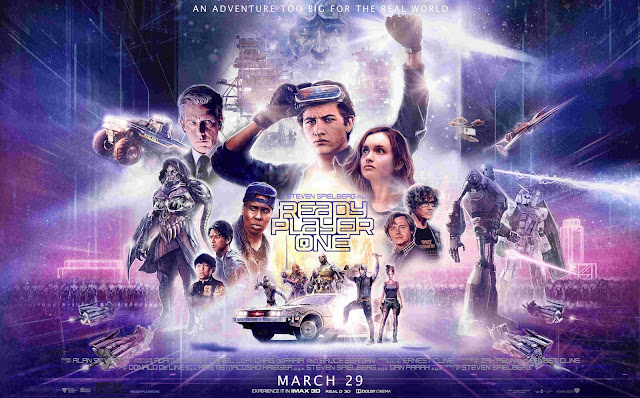 It’s 2045 and the world is, as you might expect, rather dystopian as the slightly overlong voiceover tells us following several interestingly named catastrophes. Our location is the Ohio Stacks which looks like a junkyard of old caravans piled several storeys high but is in fact where hundreds of people live. This austere unrewarding life is enlivened by the Oasis a virtual reality world in which, judging from the opening sequence, almost everybody spends most of their time in. Teenager Wade Watts (named we later learn because it sounds like a superhero’s alliterative real name) seems no different but we soon discover that he is fully engaged in an attempt to solve a quest set by the world’s late designer James Halliday. His avatar Parzival and best friend he’s never met in real life Aech have continued the search for three keys as this isn’t just a competition. The ultimate winner will take over control of the Oasis. Its only when they encounter another avatar, a girl called Are3mis that they start to progress.


The opening section is visually dazzling but slightly laboured due to the lengthy explanations and the feeling that we don’t really learn much about Wade in real life. What you soon realise however is that the narrative does start to connect the real and virtual worlds, adding depth to what would otherwise be the cinematic equivalent of watching fireworks. Its unusual for a film so reliant on this sort of visual to blow so much of it early especially after the early promise of Wade’s journey through the Stacks is so quickly replaced by the virtual world. 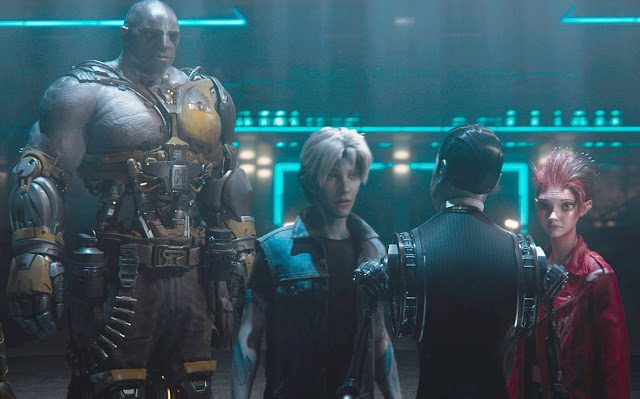 It helps too that there’s a genuinely good antagonist in the form of Ben Mendehlson’s Nolan Sorrento who’ s as avid a gamer as Wade and with whom he has a strong rivalry as matters develop.


The film’s signature move though is to stuff a panoply of cinematic iconography into every frame so you see King Kong, dinosaurs, Freddie Kreuger, the Iron Giant, Mechagodzilla and many, many more; you’d need to watch the film several times and at least once in slow motion to pick them all up. I even spotted a Jack Slater reference! Curiously I didn’t spot that many references to actual Spielberg movies though there is an interesting segment set in the hotel where The Shining took place, a significant Say Anything reference and also an amusing plot line about the original video games. There's even an amusingly placed Monty Python moment. Its also all stitched together by an Eighties soundtrack reflecting the tastes of its inventors. This may be an issue with younger viewers who may not share such strong feelings for that decade’s pop culture; on the other hand it might resurrect it all!


While this can be slightly distracting (“Ooo is that…?) it also means we warm to this virtual world whose heroes are broader and seem more interesting than their human counterparts. In particular both Parzival and Are3mis are dazzling creations with interesting things to say while their real life counterparts somewhat less so.


Spielberg always casts well and Ty Sheridan successfully separates Wade’s demeanour from Parzival’s more confidently voiced persona. Olivia Cooke’s Are3mis is so kick ass that you half expect her real self to be some shrinking violet but I like the fact that’s not the case. Ben Mendelsohn is excellent in drawing out some distinctions that make Sorrento more than just your standard corporate villain.  The other main characters are less well defined and the `romance` between Wade and Samantha is disappointingly pat.  I’m less sure too about the casting of Simon Pegg and particularly Mark Rylance as the inventors of the Oasis because they simply do not look young enough in the flashbacks however much trickery is undertaken. 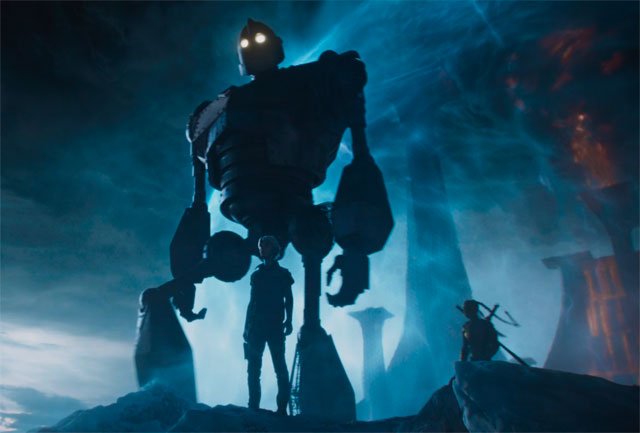 The film’s ultimate conclusion that real life is more important in the end than the virtual one is a hard sell if only because the movie spends the whole time showing us how cool this virtual world is! Also Wade’s journey may encounter a number of obstacles along the way but the virtual environment means he is able to defeat or out manouvere them with gymnastic ease. When some of the action moves over to the real world this seems to continue to happen even notably when Samantha (aka Art3mis) manages to avoid a lot of security to get where she needs to be.


If you skirt around these issues and the fact that the clues Wade / Parzival solves are actually quite easy and it’s hard to believe nobody else got them you’ll have a whale of a time as the action is locomotive and as unstoppable as any giant ape or dinosaur and if you go to an IMAX 3D showing you’ll be captivated by the Oasis and its vivid contents.  There’s also some great lines in the mix and Spielberg brings his customary skills in bringing the film to several triumphant climaxes each one filled with heroic gestures and tumbling escapes. Thankfully the movie is not too po faced about it all; in fact it’s best visual idea is that whenever anyone is injured in the virtual world coins rather than blood drips out of them! If this review seems picky, then it’s because Ready Player One is a frustrating handful of points off from being a masterpiece but as a cinematic experience has few genre equals in recent years.