After 892 days Alpha has only got as far as Luton? You’d imagine that some of the British contingent on the show would have pointed out the name was well known over here for its association with hats, cars and an airport. In fact we’re on the planet Lu-ton as it is pronounced where the judges are trees and anyone caught picking flowers or eating berries is subject to the traditional tv sci punishment of trial by combat. Star Trek did something similar back in the Sixties which even had the same denouement (though not the trees). By a bizarre coincidence the following month after this episode first went out, Doctor Who saw the Doctor battling a foe in a wasteland environment. With this sort of affair it is tricky to get the tone right. How do you make what is essentially two parties chasing each other round scrubland interesting when they can’t properly meet till the final ten minutes? Additionally they are shorn of the usual tech and have to resort to making things out of whatever is about, eating berries and making catapults. 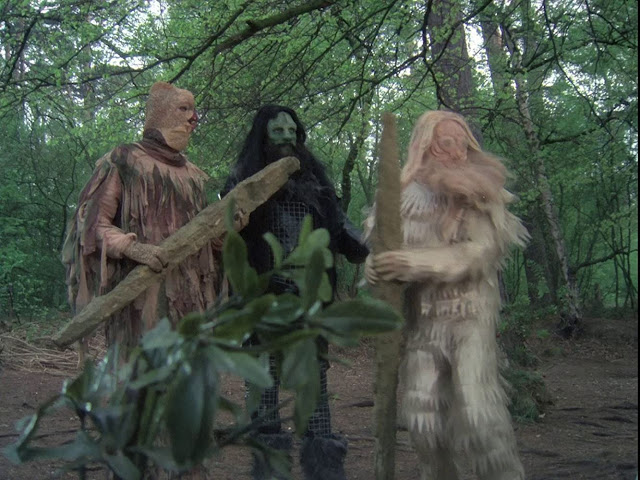 The episode features a guest spot from The Bee Gees.

At first it seems as if this episode is not going to have the answer. The premise that by picking a flower our heroes have harmed the planet is somewhat undermined by their subsequent trampling over sundry vegetation – Maya even sits on a plant at one point!  As they trudge about the episode becomes bogged down and visually lacks the appropriate menace or tension to engage the viewer. The fact that all the action occurs during uncompromising daylight tends to rob the sequences of a lot of excitement. It’s shot on location but there’s no attempt to make the place look like anything other than somewhere just outside Luton!

Not that a lack of alien bases stops the designers holding back from applying colour kitting Koenig out in an eye bruising pink jacket which makes a mockery of all his hiding during the episode. You could spot him a mile off! Accompanied by Maya and her handy ability to turn into any Earth animal you can imagine (but not one of their pursuers to confuse them) the duo trek about gathering stones and a big tree bark.

Their pursuers seem to resemble the Lion, Tin Man and Scarecrow from The Wizard of Oz to the extent that I was expecting a song or two from them to pass the time. The scarecrow one has eyes that look like bread rolls! Why the judges of Lu-ton –who appear as three trees (a Tree-o?) – allow the aliens to work together I’m not clear on. It’s just one of those rules of Lu-ton I suppose. 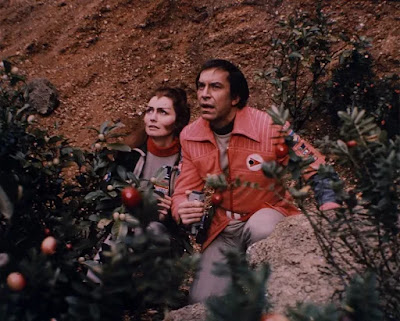 From this unpromising melange there emerges something that improves as it saunters along. We gradually cut down the running about after Koenig is injured. He starts to suffer the Moonbase Alpha fever which I think every actor is contractually obliged to have to portray but this is the point where matters improve considerably. We get some lovely scenes between the two actors even if Maya’s backstory somewhat contradicts things we saw in the first episode. Koenig’s revelations about his wife dying in the race wars of 1987 are vivid and thanks to Martin Landau offered with emotional power. It does help to have an actor of such distinction even if he is rocking a bright pink jacket! It’s a little frustrating to watch these scenes and not have the same level of attention elsewhere.

The ending where the plants rebel against their tree masters is a neat twist though if they feel that way how come none of them helped Koenig and Maya earlier? There is a subplot involving dull Tony in an Eagle looking for the planet which has vanished from Alpha’s screens. When he’s asked how long he’ll stay there he says forever if necessary. What a shame Alpha doesn’t take him at his word! 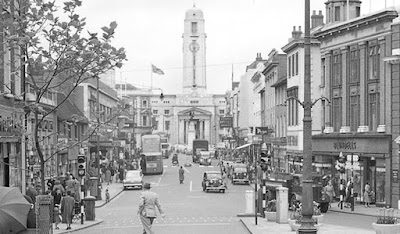