The group who tried to bring back Swing!

Roman Holliday! Anyone who’s seen the BBC4 Top of the Pops 1983 repeats will surely have noticed Roman Holliday. In an era replete with classic pop, this group were on fire for a relatively brief time yet they burned so strongly. Named after a 1953 romantic comedy film starring Audrey Hepburn, the Holls (as I’m sure pop mags of the day would have dubbed them) first hit public attention with `Don’t Try To Stop It` a brilliant collision of pop and Swing. The 7 piece threw everything into the song and their performances of it. That’s Roman Holliday for you- they did everything at double speed including racing through their career in a handful of years. They were perfect pop- a great idea, a great look, a great sound. Why weren’t they bigger?


Actually it is a mystery that is easily answered. Like many of their peers such as Haircut 100 and Kajagoogoo they peaked too quickly soon only to throw away their greatest asset. The other two groups lost their singer; in the case of the Holls they lost their Swing! The group was originally formed in 1980 consisting of singer Steve Lambert, drummer Simon Cohen, guitarist/ bassist Brian Bonhomme (who is credited with starting the band) and Peter Noone who soon left. Joining later on were Rob Lambert (sax) Jon Durno (bass), Adrian York (keyboards) and John Eacott (trumpet). The magnificent seven chose an image that suggested 1940s sailors on shore leave (perhaps they’d been watching the classic film On The Town) Sailor hats, trainers and baggy clothes. Most importantly they looked like they were having a good time. Energetic and bouncy their music was perhaps not built to last beyond the year it was released but like the Haircuts, there was a sense they could endure. 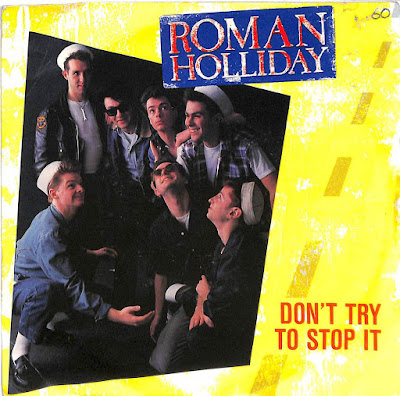 In truth they were never as big as the Haircuts. The group did a couple of John Peel sessions (true) before being signed by Jive Records which seems an appropriately named company for them.  `Don’t Try to Stop It`, reached number 14, though how it didn’t go higher is a genuine mystery. Follow up `Motor Mania` with its catchy “Zodiac, Cadillac, I’m a motor maniac” refrain only peaked at number.40 and the band struggled after that. Their debut album only reached number 31 in the UK charts.


Listening to that album `Cookin’ on the Roof`, produced by Peter Collins, now it still sounds vibrant…


`Don’t Try To Stop It` packs a lot in from choral start, through piano signatures, brass and Steve Lambert’s slightly echo treated vocal. There’s lots of backing vocals. Oddly despite the title it is a little stop-start and might have been better as the second single with `Motor Mania` first. Even so it has fantastic momentum and a great ending


`Motor Mania` "Zodiac, Cadillac, I’m a motor maniac” Includes a trumpet solo and a lyric about a car that won’t start which will break your heart just like a pretty girl. It’s two minutes 9 seconds of fun.


`I.O.U` Takes a (slightly) slower pace and makes the simple chorus “All I’ve got’s an IOU” into a bit of an earworm. This track in particular highlights the production in which each of the instruments can be heard- this one has a prominent bass.


`Jive Dive`- This brass led song swings like crazy with a low key drum/handclap intro. It also shows off Lambert’s vocal prowess and could easily have time travelled from the 1950s. I bet this was great live.  Lyrics like “Sidestep Joey looks such a fool, when he does the jitterbug to Daddy Cool” suggest this was not to be taken too seriously. Its topped off by some cheeky piano runs. Named after a club the band performed at in their early days. 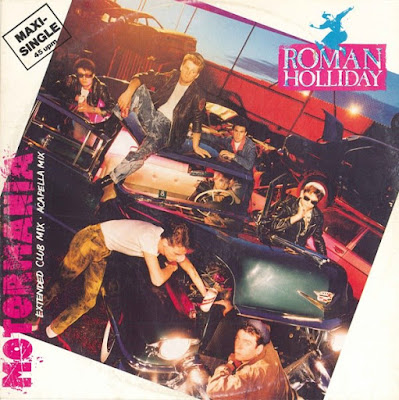 `Midnight Bus`- More rock and roll than swing, this song about the fun and frolics on the bus “drank too much- paid the price…..shut those sliding doors and take me home”. You can imagine early Elvis doing this one.


`Cookin’ on the Roof`- More of an 80s production on this one about a party on the roof. “The slates have started jumping.” Oddly being the title track it’s probably the weakest song on the album though there’s some great vocals.


`Stand By`- This was also a single and captures the same swing vibe as `Don’t Try To Stop It`. Chorus is great with call back backing vocals and great brass. Another trumpet solo defines the band as something different as sax solos were in fashion at the time.


`No Ball Games`- More vocal hi jinks that may or not have a double meaning. Production and lyrics here are top quality.


`Furs N’ High Heels`- Brass fronted song that seems to borrow a couple of well known workouts to good effect as it highlights the undoubted instrumental prowess of the band. Sounds like the one that’d be extended live.


`Serious Situation`- A slow piano brings a change of pace for the intro but you can’t keep the band down for too long though it shows that as writers they were already stretching. Quotes “tears for souvenirs”.


`One More Jilt`- Great percussive opening leads to a successful melding of their styles into a satisfying whole with great vocals, playing and production. Plus lines like “One more jilt, without a doubt, I’d join that monastery” show the lyrics are on par with the music.


It’s a great first album with hints of even bigger potential though I suspect Roman Holliday were at their best as a live band. There’s a handful of videos shot at the time of them performing and they are electric. Perhaps surprisingly the promotional videos for `Don’t Try To Stop It`, `Motor Mania` and `Stand By` were all directed by Tim Pope best known for his eccentric promos for The Cure. 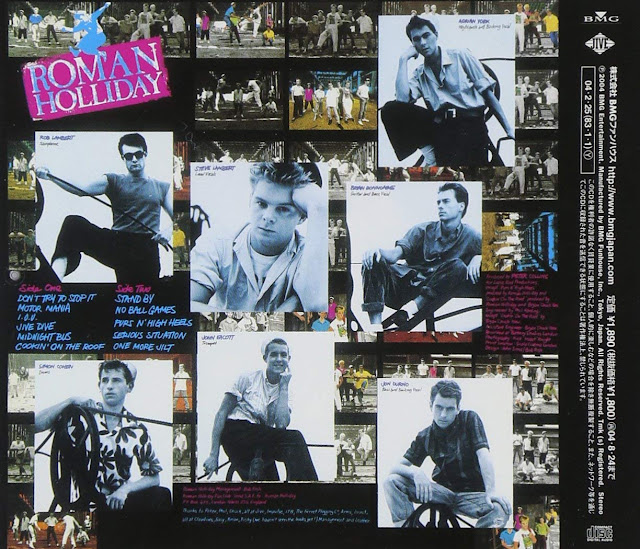 By 1984 Roman Holliday has imploded somewhat with both Eacott and Rob Lambert leaving and the brassy jazzy tones went with them replaced by then in vogue synthesisers smoothing out the group’s sound so they seemed the same as anyone else. Such a shame!By their own admission a little success turned their heads and they attempted to become a sort of poppier Def Leppard! Really. Their second album `Fire Me Up` isn’t easily available but if you check out the promo film for the 1984 single `One Foot Back in Your Door` you can hear the sound they went for and see their radically expanded barnets! Penned by Lep’s producer Mutt Lange it’s not too bad really but you can imagine how much better it would have been without the pastel clothes and synthy musical arrangement. And with brass! Interestingly it does include some bits that would later surface in other Mutt Lange songs.


The group split in the mid 1980s, interviews with former members suggest a combination of lack of success, personnel issues, the usual sorts of things. There was reunion gig in 2001 at The Borderline in London. Even in the fast moving world of pop, Roman Holliday’s moment was brief but blazed brightly and though they never fulfilled their potential they did release an album that crackles with energy to this day! You can buy it today. You should do!