Putting the X back in The X Factor

It is often interesting to check in on long running programmes that are considered past their prime. While not always the case it can turn out to be that a rejuvenation of sorts has occurred away from the white heat of over expectation and though it is early days yet I can sense this year’s series of The X Factor is headed that way. The format is solid gold yet the process has been tinkered with every time in recent years and the impression is desperate ratings chasing decisions have been made mostly to try and keep up with Strictly Come Dancing which when you think about it a wholly different show with celebrity contestants. The strength of The X Factor is that these are members of the public competing and in recent years that strength has not been used to its best advantage. 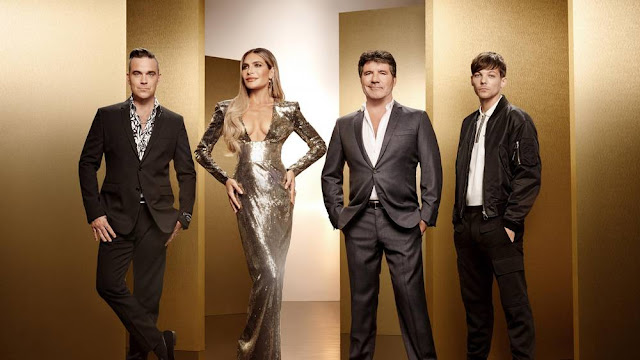 Despite all the alterations some things remained rooted in place. The judges for example seemed ill equipped to make informed decisions on what works this decade. Sure they had a wealth of experience but what did they know about the modern music market? And even if they did know something I never sensed the engagement from most of them that a competitor might reasonably expect. Yes they wanted one of their acts to win but was it really just so they could lord it over the other judges?


The other increasingly tedious aspect was the so called boot camp. Pleasingly both these areas are the big changes this year. The boot camp is gone. The judges are refreshed and I have to say they are a much more impressive trio sitting alongside Simon Cowell this time. Each of them seem to care about or be very enthusiastic about acts in a way their predecessors often only paid lip service too. They just seem more natural and thus far are not talking in clichés (ie “You’re exactly what this show is about” etc) There’s a feisty banter between Robbie Williams and wife Ayda Field – tonight for example she referred to his “awful” previous behaviour in the early stages of their relationship - while Louis Tomlinson is refreshingly straightforward. You can tell that some of the performances affect or excite them in a manner I can’t recall happening in previous years. They’re humorous too like the time when Robbie Williams invited his Dad to sit on the panel for a while. Have they mellowed Simon Cowell? Well he was headed that way but the answer must be that they have.


They’re lucky too in that the calibre of acts this year seems much higher than for a number of seasons. I’ve seen several singers that I really think could be hugely successful and as far as I can tell from tonight’s melee most of them have got through the first stage.


The tone of the auditions shows has subtly altered as well with far fewer embarrassing acts and plenty of uplifting ones. Some have been very memorable not least J-Sol’s emotional self -written song  `Bullet Through My Heart` and chicken keeping Jackie’s powerful version of `You’re My World`.


It remains to be seen whether the infamous six chair challenge and live shows can match the vibrancy of the auditions but so far the 2018 series does give the impression of an artistic decline being halted and an upward swing beginning….