It’s the least cool method of travelling yet millions use it every day. If you don’t then these are some of the things you’re missing out on…


# Bus stops are located in places where anyone waiting will have to put up with maximum rain, wind or Sun.  Tellingly they stopped calling them bus `shelters` some years ago.
# Bus timetables are merely there to reassure passengers. They bear no relation to the actual time a bus might show up. When they do show up they are in pairs meaning double the wait for the next one.
# A bus will go past the stop if you don’t make some attempt to flag it down. It will also go past if there is another bus there even if it’s a different route. There is no point whatsoever trying to run after a bus to get it to stop though people do try and sometimes flap so much they might take off and therefore end up overtaking the bus!
# Each generation of people is slightly taller. Each new set of buses has smaller seats. Should both these trends continue there will eventually be a pivotal moment when some people are too tall to fit onto the bus at all. 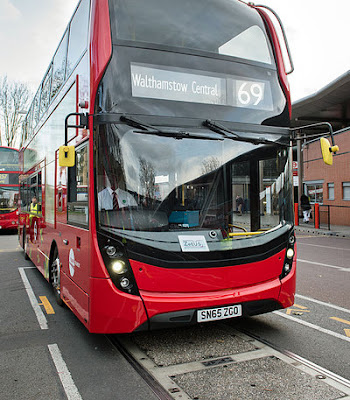 # People rush onto a bus which seems hot so they open a window above them yet this only causes the person sitting several seats behind on the other side of the bus to receive the cold air. Thanks mate.
# The worst thing on a hot day is to be joined on the seat by someone large and sweaty. Some passengers avoid this by pointedly placing their shopping on the inside seat however full the bus is becoming. If asked to move it to allow someone to sit down they will huff and puff as if they’ve been treated so unfairly.
# Why do people stand up at the front of a bus when there are loads of seats available? Nobody knows.
# Bus etiquette (busiquette?) dictates that you can have one cursory exchange with someone that comes and sits by you because really people do not want to know your life story. The worst thing is for someone with extreme views to strike up a conversation giving you the option either to mumble vague assent and keep looking out of the window or stand up for minorities everywhere.
# Whenever trouble breaks out near the front of a bus there is always someone at the back who joins in but the two parties never quite manage to meet in the middle for a fight whatever they threaten.
# Commuters always maintain that other bus routes they don’t use are far more frequent than their own when in fact anyone else will tell them the reverse is true.
# In the distant past, when smoking was allowed on buses, you couldn't actually see the back of the top deck through the fog created by all the cigarettes.
# Bus tickets have evolved over the decades to the point where they barely exist now. People use passes or even their phones.
# The latest buses actually recharge themselves when waiting at traffic lights. When this happens the engine cuts out and there’s always someone on board who thinks the vehicle has broken down.

Here Come the Double Deckers: A-singing and a-dancing aboard a double decker, double decker bus. 1970’s seminal children’s show about a group of kids who improbably hang out in an old bus in a junk yard rather than at the shopping centre. Featured a youthful Harry Pearse from Spooks and Brynsley Forde who would go on to lead the group Aswad. Any reunion now would look mightily weird but would probably have a cool theme tune with just a hint of the original “get on board” and a rap about the `Double D Crew`.


On The Buses: Part of a slew of 1970s working class ITV sitcoms this was about a bus crew who seemed to spend more time in the depot than actually driving their vehicles. Starred Reg Varney who famously was the first person ever to use a cash machine in 1967. Obviously he had withdrawn so much cash he didn’t need to do much actual bus driving.


London Routemaster Buses- For many decades the epitome of our capital city, old style hop on, hop off London buses were the most dangerous aspect of the daily commute. These buses were the last in the UK to retain an open end at the back meaning that theoretically you could get on or off anywhere. Though they did stop at actual bus stops most Londoners, being impatient people, chose to disembark whenever the vehicle’s speed dropped below about 10mph. Not only that but passersby would decide to leap onto the bus at these moments. Thing was that you would never know when the bus might suddenly speed up again and anyone already committed had to compensate or else end up lying on the road. Sadly these iconic vehicles have mostly gone replaced by modern ones with doors. Maybe they are languishing in junk yards inhabited by gangs of kids who sing songs and wear horrible pullovers?


The Big Bus- 1976 film spoof of the in vogue disaster movies of the day the action takes place on an unfeasibly enormous bus or because it’s set in the US what we would call a coach.


Bendy Buses: Articulated buses as they are actually called are like two single deckers stuck together by a rubber tube, and were all the rage for a while before London scrapped them because Mayor Boris didn’t like them and most other places have now ceased using them. Perhaps they just removed the bendy bit and turned them into two separate buses?


Bus Songs are rare because, let’s be honest, how could you possible sing about them? Apart from little kids’ staple `The Wheels on the Bus` which quite factually confirms said wheels go round, the only songs about buses we could find were little known Kriss Kross offering `I Missed The Bus` and The Who’s `Magic Bus`` There is a traditional American folk song called `Singing to the Bus Driver`  while Dawn’s classic prisoner coming home ditty `Tie A Yellow Ribbon` suggests the returnee will indeed “stay on the bus” in the absence of yellow ribbons. The song does not specify what crime he committed though so think before you put those ribbons out.