Often during films and tv set in the future a character wants some information so they bring up a holographic display that floats in the air in front of them. They can swipe these displays in either direction to move on to the next bit. We’ve been seeing this so often and for a number of years in fiction but will we ever see it in real life? At the moment people are relying increasingly on having everything they could possibly need for a day in their smartphones. From social media to paying bills to ordering drinks to unlocking security doors to watching films there isn’t much a smartphone can’t do nowadays. However everything happens on its screen. Will there be a time when visual information escapes from the physical confines of the phone and appears in the air? They’ll probably call it a Holophone. 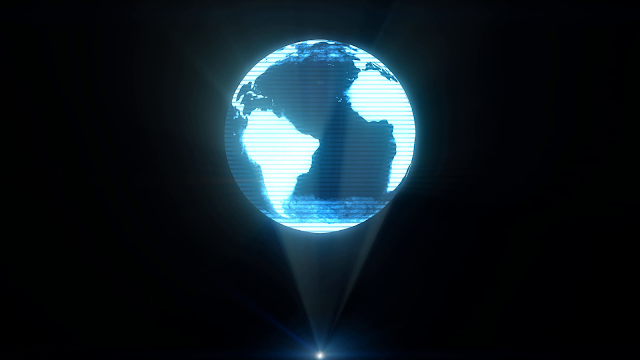 Sci-fi tv and films have been imagining holographic advances for a long time; remember the holodeck from Star Trek- The Next Generation? Real life work on holograms predates them all as the first holography theories were suggested in the late 1940s. It was the development of lasers that made the first optical hologram possible in 1962. The word hologram – first coined by a British scientist Dennis Gabor- derives from the Greek word `holos` (whole) and `gramma` (message). Gabor’s theories formed the basis for the 1962 hologram.


The first hologram of a person was created in 1967 and the following year Stephen Benton invented “white light transmission holography” which is a hologram that creates an image from the seven colours that comprise white light.


In 1972 Lloyd Cross developed the integral hologram which combines Benton’s technique with cinematography resulting in three dimension moving images. Something which drove advances in holography was the mass production of low cost solid state lasers of the type used in DVD recorders. This allowed non- scientists to play with holograms as you can  create basic holographic text using Photoshop and there are complicated sounding methods of creating holograms in the Minecraft game. However all of this is still within screens.


Which is all very well but what about that mid air information you can swipe? We do seem to be getting there. Scientists from the RMIT University and Bejing Institute of Technology have designed the world’s thinnest hologram which they say can be integrated into smartphones appearing `on top` of the phone rather than inside the screen. In 2017 a Tokyo University team created touchable holograms with which you could interact. The object projected would know when your hand was near it and would seem to bounce off it. This is an early version of what we see in all those films so it looks as if it will be possible to achieve. This year a device that is able to transmit three dimensional images in close to real time has been created. At the University of Arizona a research team has create d the fasted 3D motion hologram. This might sound like 3d cinema but the difference is you don’t need the 3D glasses. Sixteen cameras create the image however so it’s a bit equipment intensive at the moment and there’s also a two second refresh. So the days when we can pull information out of thin air getting nearer….