Dull campaign delivers unexpected result!  Labour’s Eds roll and Cameron goes on as Britain edges closer to EU exit door!
So the least exciting UK General Election campaign in decades has led to a rather surprising result which pollsters and punters failed to predict. Even the politicians, faced with an exit poll that appeared at odds with all previous predictions didn’t believe it. Turns out it was the most accurate of the lot! Somewhere Lord Ashdown should have eaten that hat by now! Perhaps after a campaign that has largely seemed synthetic and lacking in dynamic ideas people just felt they may as well stick with the Conservatives. Not that any party had much wiggle room with the public now wholly convinced by the coalition government’s deficit reduction programme. Labour’s woes are not solely of it’s own making- the SNP seem unstoppable in Scotland – but their apparent retreat from Tony Blair’s approach meant they didn’t seem able to win over many new supporters. Ed Milliband said what Labour activists had wanted to hear for decades but it seemed a curiously old fashioned message. Bashing big business and bracketing `hard working people` together like everything’s the same as it was in 1960 is not really going to win in 2015.

None of the parties really made their campaigns interesting or eye catching. Modern media being what it is anything risky that could initiate a Twitter storm was left in focus group meetings as each leader was carefully wheeled out surrounded by party faithful waving identical banners. At times they resembled actors in a TV drama about an election rather than the real thing. The leader’s speeches were packed with platitudes and the sort of statements nobody would actually disagree with but which were largely un-costed and vague. When the public did get a look in- on the BBC’s excellent Question Time or  haranguing Labour’s Jim Murphy or UKIP’s Nigel Farage on the street we glimpsed  flashes of a more visceral, real kind of politics. Yet these occasions were rare.
Labour’s strategists made a mis-step by even hinting they might borrow to fund investment. There is nothing wrong with that but saying it during a campaign where their opposition has focussed on financial prudence is a mistake. The Tory campaign was cannier drawing on issues they knew the public witter about- often in ignorance- like the EU, immigration and the (endless) “need to get the deficit down” . Like it or not, this is what has engaged people who frankly couldn’t care less about `non doms`. Labour did not seem to realise how the public has believed nearly everything the coalition has said; in fact the opposition’s whole plan of saying as little as possible for four years then hoping people would have tired of austerity backfired. Instead, the coalition re-packaged and rebranded austerity as essential, even likening it to the 1930s or evoking the wartime spirit of “we’re all in this together”.
One interesting aspect of the result is that despite their stunning success in Scotland, the SNP will have less impact than they would have done with a Labour government. With the latter they stood a chance of getting another independence referendum before the end of the next parliament but now the Tories, having already promised more devolution, will kick that into the long grass. The SNP will find itself somewhat frustrated as its impressive number of MPs cannot actually exert anything like the same influence they would have been able to with a minority government of either kind. Nicola Sturgeon may well need to call former Lib Dem leaders for advice about patience.
Despite the good things lurking under the waterline of Labour’s headline manifesto (not least the abolition of the bedroom tax and a more mature approach to the EU) they didn’t really package it well enough to convince people of the need to change. A week before polling day when David Cameron said he wanted to finish the job it came over as competence and in the end perception matters more than facts in elections.  We should have known then how effectively this sort of thing plays with the wider public. Even here in Liverpool, which has remained Labour, there has been a sense of duty with people voting Labour as the least bad option rather than for any more positive reasons.
The Conservative victory means we can to some extent chart the flashpoints over the coming years. There’ll be the Labour leadership issue, the most crucial contest for the party in some decades. Then there’s the EU negotiations in which David Cameron will probably get very little of what he wants, try to frame it as a victory of sorts, then have his referendum. Unless there is a major shift in public opinion it will be a fairly narrow vote to leave triggering all sorts of chaos. Cameron himself seems to have anticipated this by declaring he won’t serve a third term giving him a handy escape route should the referendum result deliver an awkward proposition. Then it will be someone else’s problem to manage. If the result is to stay in he will then be a Prime Minister in limbo with people endlessly speculating on when he’ll go and who’ll replace him.
Labour tends to largely ignore what people think it should do so let’s hope they don’t continue some idealistic trip back to 1950s socialism instead becoming a proper Opposition and challenging the assumptions that the Conservatives regularly spin at every turn. In particular they need to become the beacon for the pro EU lobby to try and shift public perception in favour of remaining a member and they need to find an alternative agenda to austerity and the deficit. It won’t matter who they elect as leader if they don’t accept the times we are in and start to become as clever as the Tories in selling their ideas. 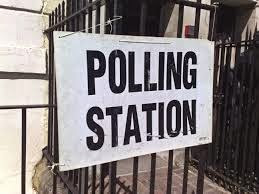 Voting Matters
it’s not as exciting of course as the media would suggest. For most people polling day in the UK is a quiet affair in some rarely visited location, a school or church hall perhaps. There is a slow stream of voters trailing in and finding trestle tables, paper, pencils and wobbly wooden booths. Nothing has really changed in a hundred years. You’re not even allowed to take photos in there. In today’s world of smartphones, email, social media, the internet and what have you it is all extraordinarily quaint. And what’s with the pencils? Pencils are useless without rubbers or pencil sharpeners.  It’s not like you can change your mind after you’ve put your cross anyway.