Guest Post by Chris Arnsby
BBC4: Top of the Pops 1980 03/04/1980
Kid Jensen, "good evening and welcome to Top of the Pops. This week's hit sound count down in to the music of Judas Priest."
Chart music: Judas Priest, Living After Midnight [15]. 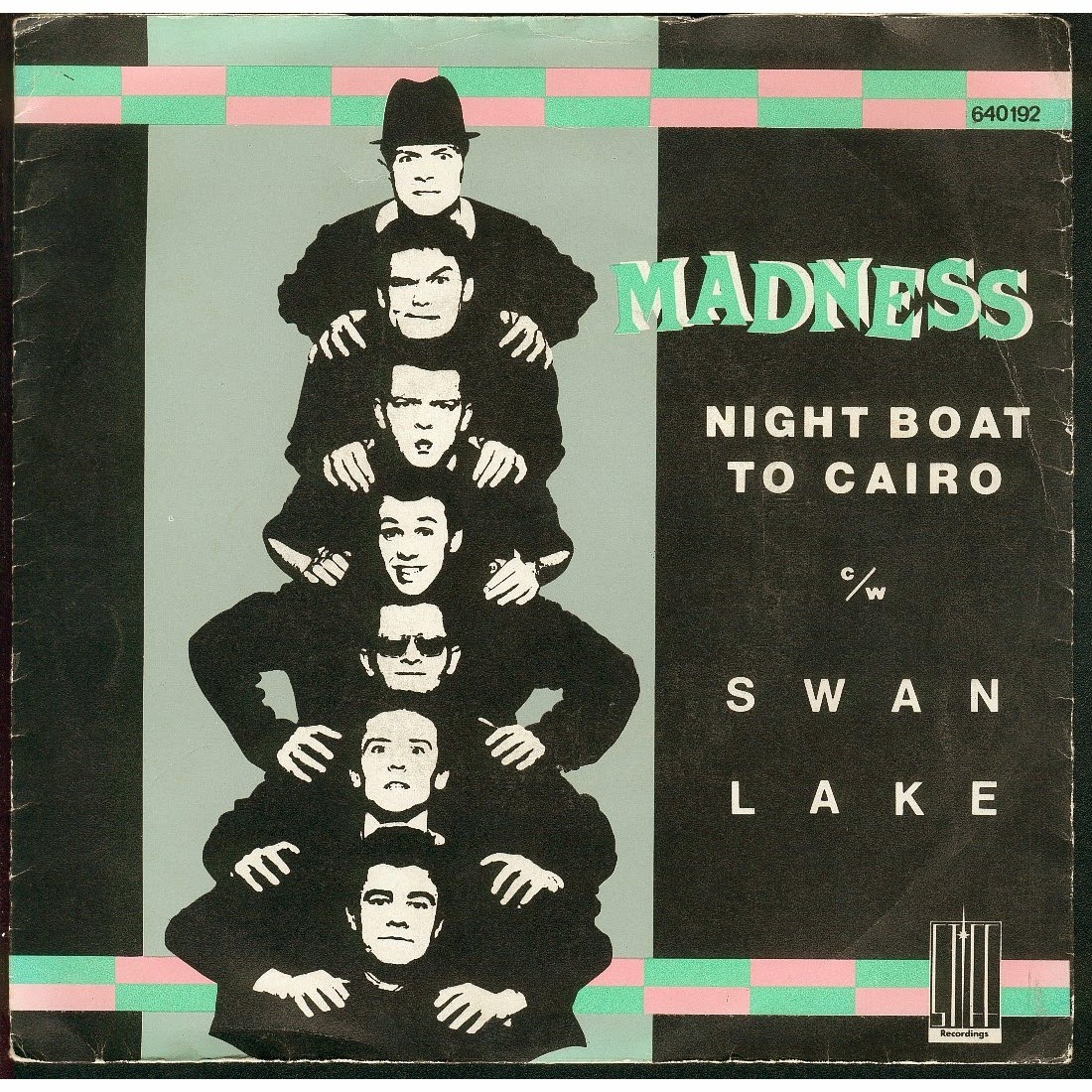 Madness: Night Boat To Cairo [14]. Top of the Pops is getting more creative with electronic effects. Kid Jensen is shrunk in a box down to one quarter of the screen allowing us to see both him and the zoom across the Top of the Pops studio to the Madness stage at the same time. Oh brave new world that has such DJs in it. But wait. There's more. Instead of a boring old fade to get Kid Jensen off the screen his box is spun on a vertical axis and reduced in size! We've just witnessed the birth of the effect that will lead to the "passage of time" joke in The Young Ones episode Oil. Madness are good as well.
Barbara Dickson: January February [12]: A repeat from the Mike Read 20/03/1980 edition. 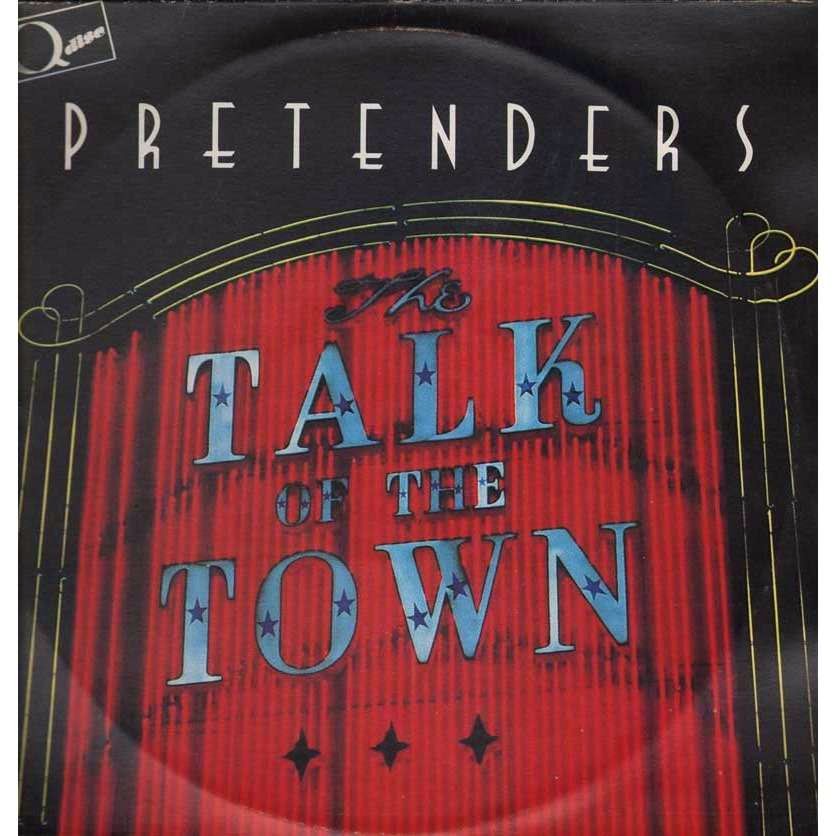 The Pretenders: Talk Of The Town [26]. A striking promo video in which the brightness and contrast have been boosted to make everything look black and white while still keeping the red colour of the drums. The fluorescent tubes in the background have been organised in layers so when the camera moves the backdrop shifts in a Mondrian nightmare.


Leon Haywood: Don't Push It, Don't Force It [19]. A more risqué Legs & Co routine than normal; a fixed camera set just below waist height, short tight skirts, and a dance routine which involves lots of crouching down. There hasn't been this much prime time knicker flashing on BBC1 since Jo Grant stopped being a Doctor Who companion.
UB40: Food For Thought [10]. Nerdy technical note: the Quantel box used for electronic effects doesn't seem to be quite set up properly. Watch the UB40 introduction as the picture spins towards camera; there's a point where the image jerks fractionally to one side. Earlier when Kid Jensen was introducing Barbara Dickson as the effect cut in the picture contrast changed slightly. I guess this is a side effect of the camera output being routed through the effects box but I don't remember noticing it before.
The Selector: Missing Words [34]. This has turned out to be a really good edition of Top of the Pops, so far. Who's going to come along and spoil it? Are The Dooleys going to appear in a puff of sulphurous smoke or could it be...
B.A. Roberton: Kool In The Kaftan [25]. On videotape, another repeat from the 20/03/80 edition. 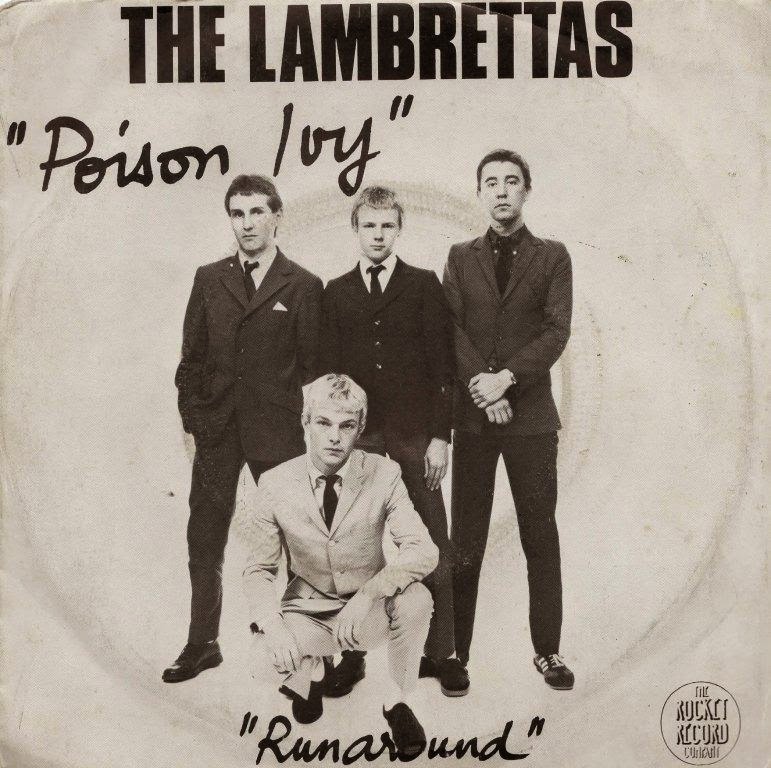 The Lambrettas: Poison Ivy [7]. During the introduction, a rare mini-fluff from Kid Jensen (that's fluff as in mistake, I'm not suggesting that a small Alan Freeman burst out of Kid Jensen). "Up five places this week [pause, slight smirk at the camera] from twelve to seven." It's a tiny crack in the veneer of this most professional Top of the Pops host. The Lambrettas in their best suits are augmented by five blokes from the Top of the Pops orchestra who look like... well a bunch of scruffy session musicians who are counting down the minutes until they can return to the BBC bar.


Prima Donna: Love Enough For Two [NEW]. Oh God. It's April which means it time for Britain's entry in the Eurovision song contest. Previously, thanks to these Top of the Pops repeats,  Brotherhood of Man, Lynsey de Paul & Mike Moran, Co-Co , and Black Lace have all smeared their performance over the inside of my television. Will this year be any different? No, of course not. Prima Donna's tooth loosening saccharine effort is diabolical. My money is on the Luxembourg entry Papa Pingouin by Sophie & Magaly.
Number One: The Jam, Going Underground. A repeat from the previous week's edition presented by Peter Powell.
Closing titles: Dr. Hook, Sexy Eyes [9].
Performance of the week: Dexy's Midnight Runners: Geno