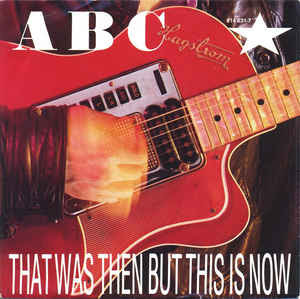 
[22] Donna Summer: Unconditional Love.  On film. Wikipedia tells me this was filmed in the since demolished "Bonner Hill Road Girls School." Presumably this is Bonner Hill Road in Kingston.


[20] Elton John: Kiss The Bride. Not Kiss The Bridge as I nearly mistyped just now, that would be an entirely different song. This isn't a repeat of the video, Elton John's actually in studio. He's always been pretty good to Top of the Pops and makes the effort to come into studio. He's managed one studio appearance for each of his singles this year (even though he's been retrospectively unlucky with the hosts). When he couldn't make time to perform I'm Still Standing he still came into the studio for one of Top of the Pops fabled 30 second interviews. Unfortunately this was on a show hosted by Gary Davies & D*v* L** Tr*v*s. This is quite a dynamic performance. Elton John's piano is on a rostrum so he's surrounded by the audience, and dancers leap around in the background as thunderflashes go off and fill the studio with smoke. Unusually at the end of the show Flick Colby isn't credited with Choreography. Zoo isn't credited either. Have their cards been marked? Instead there's a single enigmatic credit for Staging by Chrissy Wickham.


[26] The Police: Synchronicity II. I'll bet this promo was Sting's idea. I can't imagine Andy Summers said "hey Sting, in the next video I want to be up a precarious tower having rubbish blown at me while I wear a vile turquoise bat-wing top". Sting's looking very David Lynch's Dune in this video; all stubble and blow-dried hair. Dune began filming on 30/03/1983, so it would have been well under way at this point. Dune fans will be disappointed to hear that Sting is not wearing a space nappy in this video.


[24] Status Quo: A Mess Of Blues. Horseplay from Mike Read and Peter Powell. Mike Read has dragged out his guitar (as I recall him doing with teeth grinding regularity on Saturday Superstore) and he's pretending to give Peter Powell a lesson. "Nearly as good as Status Quo," is Mike Read's verdict as Peter Powell laughs like a seal. The pair are having a whale of a time; to continue the nautical mammal theme. Status Quo are the status quo. Every few months they crop up on Top of the Pops and apart from the addition of a few more lines around the eyes and mouth they never change. And why should they; fashion trend setters like Adam and the Ants, the Buzzcocks, even The Dooleys (god bless 'em) have come and faded and yet Status Quo keep on rockin'.


[21] Madness: The Sun & The Rain. On video. Speaking of bands on the way out, sadly, here's Madness. This will be their last top ten hit. It's the end of an (almost) unbroken run since One Step Beyond in 1979. Out of 16 songs only 1982's Cardiac Arrest failed to crack the top ten, peaking at 14. It's going to be a long slow fade with singles first failing to crack the top ten, then the top twenty, and so on and so on; only (Waiting For) The Ghost Train in 1986 will reverse the trend. And, on that gloomy note, this looks like a miserable shoot. Outside in Camden at night while the fire brigade point their hoses at the band to simulate rain. (John- This is one of my favourite Madness songs actually) 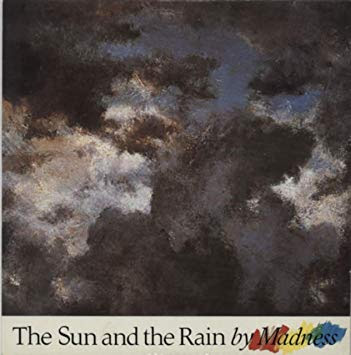 [19] Shakin' Stevens: Cry Just A Little Bit. The audience are getting rowdy. Shakin' Stevens appears to a chorus of whoops, shrieks, and one person even wails and screams as if they are being crushed under heavy machinery; which is an actual risk in the Top of the Pops studio. It's possible a terrible health and safety event is taking place off screen and, like the band on the Titanic, Shakin' Stevens just carries on; what a pro.


[1] Billy Joel: Uptown Girl. The opening shot of this video gives me cold sweats. From the point Billy Joel appears it's a single 30 second pull-back nightmare, featuring props, choreography, juggling, and a moment right at the end where the juggler throws a spanner for Billy Joel to catch. I would just go to pieces trying to remember what I was doing. We'd be on take 36 and I'd still be dropping the spanner.


[6] Men Without Hats: The Safety Dance. Fortunately Billy Joel doesn't keep dropping the spanner and Top of the Pops ends on time with the normal crowd dancing shots. They're really rowdy tonight. There's a lot of shoving to get on camera from the audience, and Peter Powell looks momentarily discombobulated.