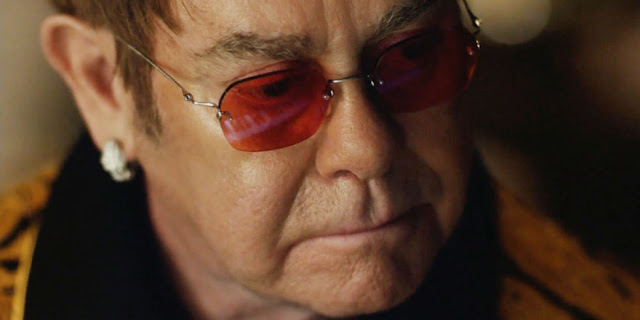 It is worth viewing the ad- and indeed all the other Xmas ads that have recently been unleashed- in the context of the declining High Street which seems to have caused a recalibration amongst the big players as to their approach to the festive season. For various reasons- long term expensive rents, the rise of online shopping, changes in people’s shopping priorities and so on- large high street stores are at risk. A decade from now it is looking unlikely that John Lewis and Debenhams will both still be trading. I imagine the high street will follow the music model where we now just have one presence- HMV- left.  In this climate, a lot of the big chains have chosen to present smaller scale Xmas ads- the Marks and Spencer one for example just has ordinary shoppers chatting about their favourite festive M&S products. The suggestion is that these are trusted, popular shops.
After last year’s monster under the bed ad baffled many, John Lewis and those Partners have opted for something that everyone will get. We know Elton, we know how successful he’s been and perhaps his parents did buy a piano from John Lewis when he was a nipper. Maybe Bernie Taupin’s parents purchased lots of pads of paper there too. `Your Song` is well named as it’s become everyone’s song ever since it was used to stunning effect in the film Moulin Rouge. In fact John Lewis have used it before, back in 2010 when Ellie Goulding‘s version soundtracked that years Xmas ad. You can’t deny it’s a skilful piece of work especially the way Taupin’s lyric mimics awkward conversation. The tune is beautiful of course and the sentiments just the right side of sugary. Yet on this occasion it seems as if  `Your Song` has become `My Song` as the advert is more about Elton John than it is about John Lewis. Not a single current John Lewis product seems to appear in it; even the shop name only features in tiny letters at the bottom right hand corner. Anyone not paying attention might think it’s an ad for his tour or some new album. 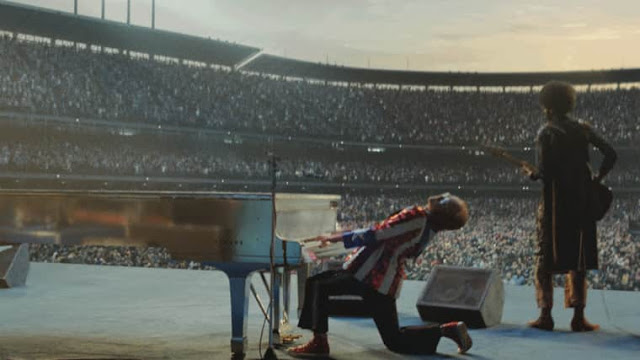 Officially titled `The Boy and the Piano` the 2 minute 21 second ad was made by adam&eveDBB at a reported cost of £7m. It depicts Elt looking reflective as he plays the opening notes to `Your Song` before we see a series of increasingly distant flashbacks covering his career but always involving a piano. Some are snippets of real footage, others imagined with Elt played by various actors at different ages. Finally we see him as a tiny child getting a piano at Xmas. The tagline is “some gifts are more than just a gift.” Craig Inglis, customer director from John Lewis says the advert focusses on “the one very special gift that stands out above the others.”
It is well made with some seamless editing and good lookalikes of The John to be seen but I'm not sure it works for John Lewis. The implication of all this is that you could buy something from John Lewis that will change your life. Then again that’s probably true of most shops. This does chime with some Xmas memories for a lot of people – I remember a toy fort I had that would go on to be used for years- but as always with these ads you wonder how much of this nostalgia trickles back to the business in terms of people being persuaded by the ad to shop there.
The Guardian has mischievously suggested an alternative version that could have been done in which we witness the less pleasant version of Elton pulling several classic strops till the message reads; “If we can deal with him, we can deal with anyone!”
There is no doubt that John Lewis need Elton John more than he needs them; after all there’s his mega retirement tour going on and a “true fantasy” sort of biopic on the horizon (incidentally I saw a trailer for `Rocketman` the other day and it looks very trippy) so it hard to escape him. The question will be whether he can help the shop have a good Xmas or whether the purchasing of a piano leading to decades of pop superstardom is simply too high brow to connect. Maybe its time for Monty the Penguin to come back?
Also to see this Xmas...
# Christmas fired out of a cannon by Asda.
# A girl's sudden discovery that her mum is in a choir changes her feelings towards her courtesy of Boots.
# People chatting about their favourite Marks and Spencer items.
# Kevin the Carrot taking on an evil Parsnip thanks to Aldi. You know something makes me want that Parsnip to win....
# Sainsbury's epic school production not that any other company has done this sort of thing three months ago.
# Iceland move into politics with symbolic orang utan. Next up- tackling Brexit with a lonely Brussel sprout.
# Argos' rather inventive Christmas Fool because, lets face it,  by the big day we all feel a bit like Christmas fools.
Posted by John Connors at 22:19