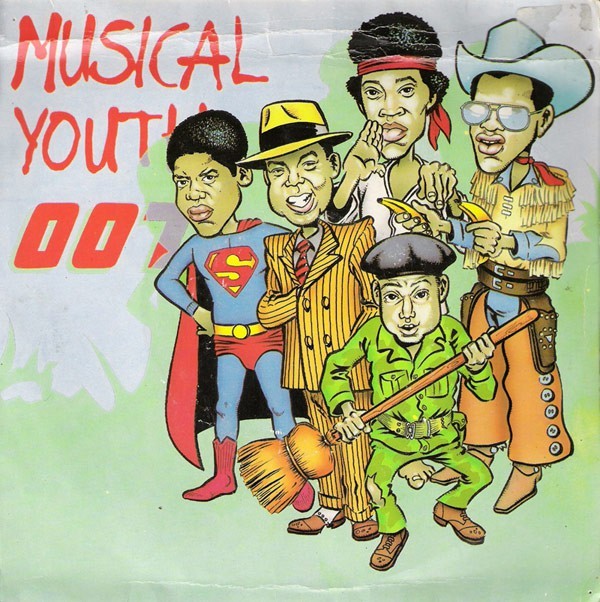 [32] Marilyn: Calling Your Name. "Here's a Top of the Pops début Marilyn," says John Peel. Unfortunately I'd got my Marilyn confused with my Marillion. I don't think Fish has hair that thick and lustrous. Ironically it turns out Marillion did also make their Top of the Pops début in1983 with Garden Party; but it was on the 16/06/1983 edition hosted by Mike Read and  D*v* L** Tr*v*s. BBC4 viewers didn't get a chance to see Fish's clever substitution of the word "miming" for the more Anglo-Saxon original in the line "I'm rucking/I'm miming." Viewers also missed out on Fish's subversion of the Top of the Pops miming policy by not miming that line. Brilliant!


[27] Eurythmics: Right By Your Side. I've always assumed Eurythmics were quite a dour band but this is a really cheerful performance. Dave Stewart has uncharacteristically left his sunglasses at home. Unless Annie Lennox has borrowed them. She looks striking in a leopard skin and sunglasses ensemble. A close-up of Dave Stewart's guitar playing also clearly shows his wristwatch and confirms John Peel wasn't lying at the start of the show. This edition is live, although Dave Stewart needs to correct his time a little. His watch is showing 7.35 when it's actually a little later. Keep an eye out for the two backing musicians in dinner jackets. They look like the worlds seediest waiters. The one with the droopy moustache looks a dead cert to approach your table with a giant pepper mill and start grinding it in an over familiar way. 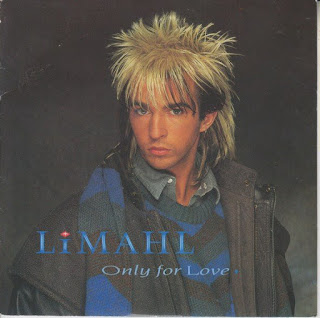 [20] Limahl: Only For Love. I think Limahl's hair might be doing a lot of the heavy lifting for his pop career. I understand it's now on tour as part of an eighties theme night with Phil Collins' paint pot and Black Lace's dignity.


[10] The Cure: The Love Cats. Eurythmics' good mood in the studio must be infectious. Robert Smith is nearly smiling and making eye contact with the audience. At the end of the performance he catches a balloon thrown by the audience, and bursts it. Watch out for the nasty picture shake on the line "not broken in pieces/like hated little meeces." That's the camera rolling over someone's foot.


John Peel and David Jensen are in a skittish mood. They're playing around to find the stupidest way they can hold their microphones. "A lot of concerned young people have written in to ask Top of the Pops, to ask whatever became of the Top 10 Video Show? Well we've brought it back for this week, it's exclusive to the rhythm pals," says John Peel. Oh no. I thought we'd seen the back of this in March 1983. Maybe this explains why this edition has been light on videos so far.


[9] Madness: The Sun And The Rain. Going up the charts. 27 seconds of Suggs and the boys getting drenched in Camden.


[8] Culture Club: Karma Chameleon. Going down. 20 seconds for anyone who's forgotten how this ex-number 1 sounds.


[6] Duran Duran: Union Of The Snake: Going down. (80s John- I thought the Union of the Snake was on the climb actually)  Only 17 seconds. The Top 10 Video Show segment is obviously not edited by a Duran Duran fan.


[5] Adam Ant: Puss 'N' Boots. Going up. Only 9 seconds but hopefully you remember it from earlier.


[2] Lionel Richie. All Night Long (All Night). We have a winner. 70 seconds of Lionel Richie annoying the neighbours by dancing constantly when they're trying to get some sleep before work. (John- Wait till he dances on the ceiling. Truly Lionel Richie is the neighbour from Hell!)


[30] Joy Division: Love Will Tear Us Apart. Get on down kids and dance to the funkiest sound of 1983. The re-release of Love Will Tear Us Apart by Joy Division. The crowd are thrilled to dance and wave balloons and have a wonderful time as the credits roll. Check out the couple dancing hand-in-hand and smiling at each other as Ian Curtis sings "then love will tear us apart again."