The news that Kate Bush is to re-release all her albums on vinyl and cd comes in a year in which the enigmatic singer has turned sixty and is also to publish a book of her lyrics. Given that she’s released no new music in the four years since the Before The Dawn shows could it be that these performances were actually a farewell? It is certainly hard to imagine she would ever repeat the experience and equally easy to think the idea of public retirement appeals to a singer who has rarely seemed comfortable in the spotlight. 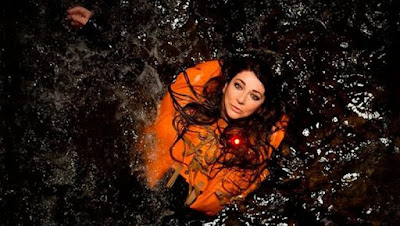 We have reached a time when one way or another musical icons are leaving us. Whether passing away or retiring the list is becoming increasingly long in a music business that moves faster than ever. The re-releases certainly do have an air of clearing out the desk about them as they’ll feature rare or unheard songs which sounds interesting as well as some re-mastering. Which makes you wonder why she did Director’s Cut but we’ll let that pass. It seems wrong to think of Kate Bush as the sort of artist who regularly re-packages her work to make even more money. In fact her career has displayed the opposite approach at times. Think how successful a sell through release of those 2014 show would have been but instead she chose the least financially attractive option- the live cd.
Some artists do the whole re-packaging, re-mastering, re-release kind of thing to remind people who they are and it could be that far from stepping back all this is a prologue to a new album next year. Then again it’s a conundrum to speculate where her music might go. Parts of her last new studio album 2011’s Fifty Words For Snow were so spectral and slight they sounded almost transparent.  A seven year gap and counting is nothing in itself for her- after all she left it 12 years between The Red Shoes and Aerial but it’s more the nature of that 2011 album. Rather like TalkTalk’s Mark Hollis her music had become so weightless it seemed as if it would fade away as indeed he did. A similarly quiet exit would inevitably be Kate Bush’s preference I suspect.
I’m not sure about the lyric book except that it seems to round off a career; collected works and all that. Often even the most profound song lyrics look odd in isolation on a page or a screen. When sung- especially by someone with such an expressive voice as Kate Bush- they come alive and soar above us. In a book they just seem odd like listening to incidental music to a film without seeing what it’s illustrating.
It seems trite to bring up her age but I feel it’s played a part in recent developments. I suspect that the real reason why no footage from Before The Dawn was released is that Kate simply didn’t think she looked good enough in it. I’m assured by those people I know who saw the show that she did look great but her perspective is bound to be different.
I may be getting this wrong and rather like a tabloid journalist seeing things that just aren’t there and in a way I hope I am. I’d love there to be at least one more Kate Bush album but I think I’ll be more surprised if there is than if there isn’t.