The perils of self publishing


Aka more yawnsome stuff about John’s book. Some of you might remember earlier this year I self published a children’s novel on Amazon which at the time seemed like a great answer to the problem of finding an agent and publisher. The process itself was time consuming but ultimately quite well designed to help the author end up with something that was presentable enough to be saleable. The only issue is that once the book is up there for sale, what do you do next? 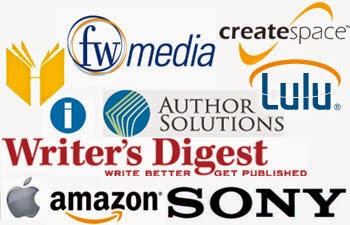 Most first time self published authors imagine some magical osmosis whereby knowledge that your book exists, what it’s about and how good it is somehow filters around the world. The unfortunate truth is that you can have your book on Amazon looking all professional for years but if that’s all that happens it won’t have a chance of selling. I had no real idea till this point just how many thousands of books are up there, all of them clamouring for the same limited audience. Once people you know and Facebook or Twitter has been told then there do not seem to be a lot of options for promoting the book. Copious Googling came up with blogs or websites who were only prepared to give advertising to books that were available for free. There are quite a lot of these on Amazon, particularly the digital book section Kindle Direct. Perhaps that’s why? I toyed with the idea of doing this, but then again the book represented so much work, so much time and the start of a series. If I gave it away, even thinking of it as a primer, what value does that place on the work itself or the rest of the books?
It hasn’t helped either that I know nothing at all about the book selling market. Somehow or other I got out of the habit of reading, partly because it takes so long and thus out of the habit of looking at latest releases. It turns out that people involved in publishing expect you to have favourite novels and writers that have influenced you. Mmm, I needed help I think.
So, more searching came up with a company called Authoramp based in Manchester who specialise in helping self published authors publicise their work. Even though by now it was three months since the book had first appeared I decided to pay the not unsubstantial fee to have them work for me on promoting the book. It’s an arrangement that’s worked out OK if only in the sense that it’s given me the impression I’m a reasonably successful author. I’ve done interviews (even been asked who would play me in a story of my life like I am proper famous or something) and guest posts for writers blogs. I’ve got one of those Twitter accounts that celebrities have where I rarely actually Tweet myself but somehow have amassed hundreds of followers. The results have been confidence rather than sales boosting but at least that’s something. Who knows what might have happened had a company like this behind the book from the start.
I have however reached the inevitable conclusion that almost six months after it first appeared, the books is to all intents and purposes a flop. The difference with being an unsigned author is that I can carry on regardless; where I with an agent they would probably drop me now! So there will be a second novel which I’m working on at the moment and this time I know that whatever the quality of the work, I will need help once it is released. I’m considering all options short of jumping out of a plane with the title of the book on a parachute.
I am considering using Lulu.com next time though their website is pretty intimidating from a first look. I’m assured that once you get used it it’s not. Perhaps I should co-write it, bringing in someone else to freshen ideas (or to look at it less charitably nick ideas from). Maybe I should hire someone young and sexy to pretend to be me thus ensuring interest. Or befriend someone famous so that they can talk publicly about this great writer.
The key to being a self published author is not to be egotistical because frankly even the strongest ego can’t take all the knockbacks. Instead you need to be focussed on the fact that you think what you are writing is great. Now all you have to do is convince other people.