If I had a vote in the referendum I think it would be a narrow No.
I don’t live in Scotland so won’t be getting a vote in next week’s referendum but have seen (more than) enough to know how the debate is going. With no real opinion either way at the start of it, I’ve tried to absorb the arguments of both sides to see if I can reach a conclusion. The No campaign has been focussed on what a disaster Scottish independence would be for the economy, commerce, jobs and so on. They have been less clear cut about what the benefits to retaining the Union might be. The Yes campaign have worked vigorously to give the impression that Scotland would be able to cope as a separate nation, however when it comes to details as to how they seem to retreat into `don’t worry, it’ll be ok` mode. 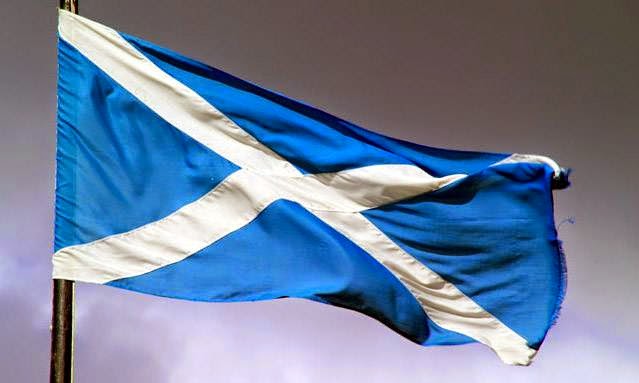 It’s difficult to see why we have ended up with this referendum at all. All David Cameron had to say was Fine, you can have a referendum if you want but I’m not going to guarantee to abide by the result`.  That would have freed Alex Salmond and co to have the question they wanted, which would ask voters to choose between independence and a greater devolution (commonly called by its sports drink like name of devo-max). There is a theory that neither of them actually really want a Yes vote- Salmond hoped for devo-max, Cameron assumed the vote would be No- so last weekend’s poll spooked them both. It was only one poll, wholly unrepresentative of others though inevitably the yes / No divide was always going to narrow nearer the vote.
There is a lot in the spirit of the Yes argument to admire as the temptation of self governance is attractive in principle (not just to countries but regions and even cities) but in practice it needs to have a chance of working. The No’s argument on the economic perils is wrong in some cases because they are assuming Scotland will take all the burden (ie their share of the national debt) but gain none of the advantages (hence the continued belittling of the still lucrative North Sea Oil revenues). The Yes campaign seems to ignore the generous social benefits Scots currently enjoy particularly free elderly care which we don’t have in the rest of the UK because we can’t afford it.  Could they afford any of this as a separate country without raising taxes? It is true that with their relatively small population they may be able to keep some of these but then as a separate country they will have more expenses to meet themselves.
I suppose the aspect that would make me more tempted to vote No than anything is the prospect of there never being another non Conservative government in the UK if Scotland were to break away. Labour need their Scottish MPs if they are to ever form a government again and whatever your opinion of New Labour I don’t welcome the prospect of endless Conservative government. However I do find the English political leader’s patriotic arguments embarrassing because they further obscures the practical realities. Just like the Yes campaign’s dogged insistence for example that they can keep the pound whatever any financial institutions or experts say, so the No campaign’s emotional appeals are of no particular use. `Better Together` is a slogan that may not always be supported by a detailed enough argument but it is the one that- all sentiment and tradition aside- has won me over though not by much.
There’s also the thing that the Yes campaign have to win the argument whereas to some extent the No campaign can just say look how things are now as well as offering more devolution, a card they should have played earlier. Waiting for a bad poll looks more desperate than the initiative actually is.
Anyone in Scotland who is not 100% convinced by the political and economic Yes argument should put instinct aside and vote No.
Posted by John Connors at 19:47