Apparently we only use 10% of our cerebral capacity and we all know people who use even less than that! Luc Besson’s brisk, at times brutal, sci-fi thriller poses the question of what would happen if we could access the other 90%. We’re initially in Taiwan where Scarlett Johansson’s character is tricked by a man she’s only known for a week into delivering a locked case to a Mr Jang in a plush hotel. No surprise that it contains drugs which she and four other hapless victims are subsequently forced by the ruthless Jang (Min Sik-choi, causally vicious) to ferry home in their stomachs.  Where the surprises start is when Lucy is assaulted causing her package to rupture thus filling her body with chemicals that start to expand her brain. Once she wakes she searches for the other victims and the perpetrators of the crime.

It’s a film that tries to mix intellectual theories with gangsters, drugs and the Universe, an odd brew that becomes somewhat less likely as it goes along.  Scarlett Johansson puts in a believable performance, her increasingly panicky responses to the initial scenario contrasting with the sense of determined calm with which she goes about her business once the transformation has kicked in.
The global span of the narrative is brought together by Morgan Freeman’s Professor Norman who in what is basically an ongoing lecture- sometimes illustrated by amusing real life footage- explains what could happen though he appears to be the only person in the world with these theories. . Essentially it’s the actor in his default beatific setting as he greets the incredulous news that his work may now have some real substance with the sort of reaction you might expect from someone tasting a good cup of coffee.
At first Lucy plays out like a standard woman in deep trouble sort of adventure with Johansson’s lively presence making us rooting for her especially when her mind amps up and she takes out the nasty perpetrators. It would be more satisfying if that’s where it stopped but instead her powers continue to grow making her less interesting as she despatches antagonists with barely a raised eyebrow and seems to know everything. These scenes are fun in themselves, as she causes gunmen to fly up to the ceiling, or simply drop to the floor unconscious while the combat is close quarters and sharply edited. Yet as anyone familiar with superhero movies will confirm all powerful protagonists can be quite boring once you’ve seen their tricks. 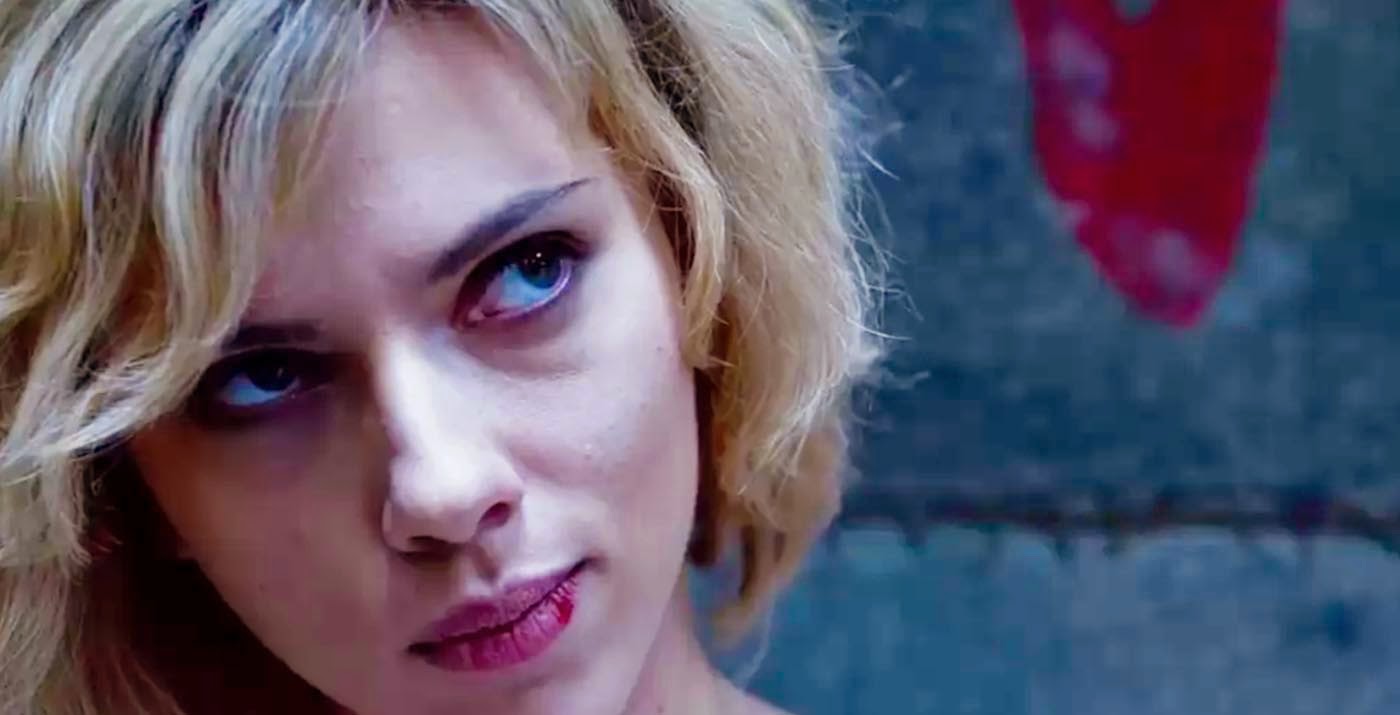 As Lucy’s powers develop the film itself starts to run out of steam. There are some arresting moments such as her ability to visualise people’s phone connections or the sap running around trees though we’ve seen this sort of thing in adverts before. Disappointingly Luc Besson seems less interested in exploring this intermediate state as he might be. Lucy is still a character at this point  and there’s a promising spark with police inspector Pierre Del Rio (Waked Amr)  who `helps` her not that he can do much to assist someone so powerful. “what do you need me for?” he asks to which she kisses him and replies “to remind me”. This is surely a cue to look into how Lucy might feel as her sense of self wilts away the more her omniscience grows but Besson doesn’t go there even though you know Johannson could deliver. It is rare to complain about a film being too short these days but Lucy would benefit from an additional fifteen minutes to provide the emotional ballast in its mid section that we need to carry us through to the end.
How much of the movie’s theories are drawn from actual research isn’t clear but while Freeman convinces us that all of this is likely, the developments on screen do not. Once she has exceeded 90% Lucy appears to transform into a black squelchy mass and gain the ability to see backwards or forwards in time. It makes for a near dialogue free final ten minute sequence that is visually impressive but fails to really offer any perspective on humanity. Rather like Lucy’s mind the film goes too far, too fast and disappears up its own cerebrum.