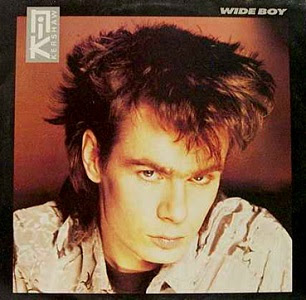 Top of the Pops cleared out a lot of the old presenters in 1984. Tommy Vance was shown the door. Andy Peebles left with head held high and feet held higher, in this position he was thrown out (© Spike Milligan). Also off were the two forbidden hosts J**** S*****  and D*v* L** Tr*v*s. Unfortunately this doesn't mean that 1985 magically becomes the year when BBC4 can show every episode of Top of the Pops with a clear conscience because 1985 is also the year that Mike Smith becomes the BBC's Mr Ubiquity. He's on Breakfast Time, he presents a show called Friday People, and another one called Speak Out (an international link-up between teenagers in Britain and other parts of the world), he hosts The 1985 Royal Tournament and Live Aid, and he also becomes the main host of Top of the Pops; presenting 16 of the 52 editions of Top of the Pops. He also withdrew permission for the BBC to repeat his editions of Top of the Pops, before his death in 2014.
On top of missing one third of the 1985 repeats, my digital box has thrown a wobbly. The next edition of Top of the Pops it has recorded is 11/04/1985. This is plainly unacceptable given that the last one I wrote up was 21/02/1985. Still, nil desperandum and all that. It's time to use my initiative, and see what's available via other sources**YouTube. (John- Can we actually get on with it now please?)(FX: TOP OF THE POPS THEME RESUMES]
Top of the Pops 21/03/1985. Reviewed by Chris Arnsby.
Steve Wright: “Hello, good evening, and welcome to another Top of the Pops!! Tonight you can see Sarah Brightman!! You can see Loose Ends!!  And!! You can see some of Prince's greatest speeches!! Mike Read: “I love you. You're so enthusiastic. Kicking off tonight's Top of the Pops we have Nik Kershaw, just about to embark on a world tour. This is Wide Boy.”


[12] Nik Kershaw: Wide Boy. Hopes of using my initiative take an early knock when clicking a Youtube link called TOTP 21 March 1985 p1 gives the message “This video contains content from UMG, who has blocked it on copyright grounds.” Well gosh, thanks UMG you miserable international-law-enforcing gits. Fortunately a second link, Nik Kershaw - Wide Boy (Top Of The Pops) 1985 LOST EPISODE!!, works. This is Steve Wright's second Top of the Pops of 1985. It's a struggle to find the words to describe how poor he is on camera. He keeps jittering and waving his arms, and the overall effect is of someone who should have gone to the toilet before recording started. He's deeply in love with the idea that he's radio's Mr Zany, and he keeps grinning at all the wacky things he's doing; like chuckling, and pointing.
I've long nursed a suspicion that Michael Hurll can't stand Steve Wright either, which would account for his long gaps between hosting duties. Unfortunately I suspect the truth is more mundane. Steve Wright's bafflingly popular Radio 1 show ran from 2.30-5pm and it was probably difficult to get him away for the afternoon camera rehearsals.
This edition is quite well represented online, which is odd considering it went unrepeated by BBC4, and UK Gold in the late nineties. The reason for it's omission is unclear. One theory suggests the BBC don't hold a broadcast quality copy, the other is that this episode can't be made compliant with photosensitive epilepsy policy.
Nik Kershaw has followed in the footsteps of Howard Jones and put together a band. The hand-held camera operator grabs a great shot of the drummer, through a tambourine being played by the second drummer. The shot looks great but having two drummers suggests Nik's band has a degree of redundancy. It may only have four members to Howard's nine (if you include dancing Jed), but there are clearly still savings to be made.

Top 40 Chart Busters or possibly Breakers. Last time, ie 21/02/1985, the Top 40 Breakers had been renamed the Top 40 Chart Busters. Does the new name still apply? We can never know as Nik Kershaw - Wide Boy (Top Of The Pops) 1985 LOST EPISODE!! cuts out right at the end of his performance. It's as if the person uploading the song didn't care about Top of the Pops presentation.


But wait! A different Nik Kershaw upload does include this section, and the name has been changed back to Breakers, and it's got it's own animated introduction. Very swish. [37] Third World, Now That We’ve Found Love; [35] The Alarm, Absolute Reality; [34] Glenn Frey, The Heat Is On; [33] Starvation, Starvation.Number 36 was Bryan Adams, slipping down the chart with Run To You. The new entries from David Grant and Jackie Graham, at 39, and King, 38, were obviously not considered to have sufficient breakerage to be included. 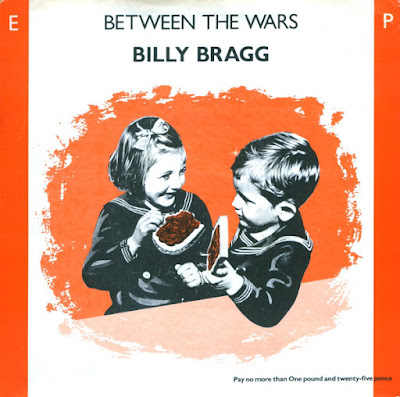 [15] Billy Bragg: Between The Wars. Pop quiz! Who out of Mike Read and Steve Wright would be the worst possible person to introduce Billy Bragg? That's right, the answer is Steve Keeerrrraaazy Wright. Fortunately Steve Wright dials back the bonkers persona (maybe Michael Hurll had a word?) so the only thing letting this link down is his poor camera presence and his claim that it took him “three listens before I really understood this song.” Billy Bragg is singing live, which raises the spectre of previous live performances like Blue Monday. Fortunately Billy Bragg travels light. It's just him, and a guitar, and a well deserved round of applause at the end.


[14] Sarah Brightman & Paul Miles-Kingston: Pie Jesu. On video. A Threads-tastique promo in which firemen dig for survivors in burning rubble. The rescue mission comes too late, judging by the shots of weeping children at the end . “Nice to see Peter Powell as the choirboy there,” quips Steve Wright.


[20] Loose Ends: Hanging On A String. The triple whammy of Between The Wars, Pie Jesu, and Steve Wright's quip have dulled the party atmosphere a little. Loose Ends do their best to get things moving again, but it's an uphill struggle.


[10] Elaine Paige & Barbara Dickson: I Know Him So Well. Look at Steve Wight pretending to dance!! It's hi-larious!! I haven't seen anything this funny since the video for Pie Jesu!!


[7] Jermaine Jackson: Do What You Do. “The first Jackson to break away from the group,” claims Mike Read who has apparently never heard of Michael Jackson.


[6] Dead Or Alive : You Spin Me Round (Like A Record). Now on the way down the chart. Two weeks of glory in the number 1 slot lost to my digibox's tantrum.


[17] The Power Station: Some Like It Hot. Audience dancing and credits. Look out!! Steve Wrights wearing a hat!! Literally anything could happen!!