The Greatest Dancer / Dancing On Ice

When I tell some people I watch these shows they look disapprovingly as it somehow they’re not interesting or cool enough when of course dancing is the coolest thing ever. I don’t dance (don’t ask me), well not now, but back in the day I cut a rug sometimes. It had to be a very special piece of music that would make me though. Both these series reached their latest final at the weekend and both pulled surprise winners out of the hat because of that modern thing they share. However much the experts or judges can influence the progress of acts to the Final when it comes to the last week it is the viewers who have the power. I hardly need to tell you that once things are thrown open to the general public you get some unexpected results! 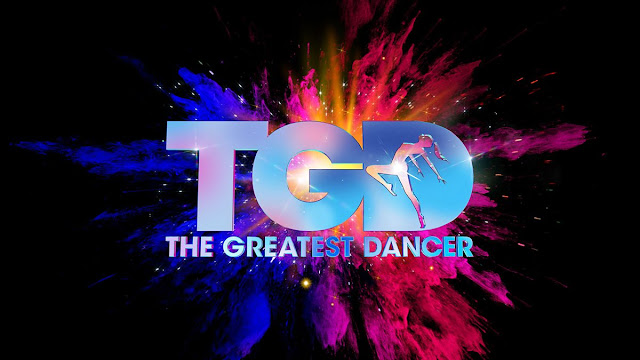 I don’t know why more people have not been watching The Greatest Dancer. Singing shows a ten a penny, caterwauling amateur singers can be heard any night of the week in city centres when you walk past karaoke pubs (and its always best to walk past). Dancing though is something that requires more skill, invention, stamina and inspiration. The problem the show might have, similarly to The Voice, is that its most interesting format comes first before altering to more conventional viewer votes as it progresses. So the first shows with dancers auditioning are controlled by the studio audience who press their remote controls to vote and if enough do so the mirror in front of the dancers opens to reveal the theatre beyond. Then when it comes to deciding the final 12 the captains do so using photos on a table denying them the chance of something like the Battle rounds they do on The Voice. Also the programme has the problem—shared with Strictly Come Dancing- that the longer a competitor lasts the more worn out they will become and it’s not easy coming up with a new dance every week. It is not surprising that two of the final three revisited their audition piece when they could choose any of their previous dances.
The programme began last year and for its sophomore season extended itself from three judges (or dance captains as they are known) to four. The standard of all the competitors who made it to the final 12 (each captain mentors three acts) was very high meaning fairly quickly they were sending home good dancers. Though created by Syco aka Simon Cowell he is nowhere to be seen and the results bear little relation to his other shows. There is a gimmick though and that’s a subject matter that each act has to base their dance around, an aspect that definitely favoured some dancers. The second series brought some memorable performances notably Vale’s post - apocalyptic performance in which they all wore blindfolds and Harrison’s malevolent clown. My favourite though has to be Ainsley Ricketts' routine to `Outspoken` in week 6. A simple idea and a moving story well told. Unlike a lot of other shows where the judges rarely put their experience to the test, this series has the captains opening the show none more impressively than when the alwasy awesome Diversity appeared to join them and the contestants for a stunning routine.

As for the Final it was won, as I had a hunch it would be, by Michael and Joweta the only actual traditional dancers in the final group though they’re performances were far from traditional. In a contest which could sometimes be retitled The Greatest Gymnast they stuck to working the floor with the sort of moves you might find on Strictly embellished by some daring choreographic twists. They also improved week on week while some of their rivals had a more fluctuating journey. This is really the key to winning series like this. Very often the best performer doesn’t win, it’s the person who has improved the most. Viewers notice this and they like the story it presents. Someone who starts getting high praise from the first week may make the final but is unlikely to actually win as Strictly has often demonstrated.

That applied this year to ITV’s stalwart Dancing On Ice too as earlier tonight viewers crowned Joe Swash rather than Perri Kiely even though the latter was clearly the best skater of them all. In fact though the victory went to Joe, (who to be fair went from hardly being able to stand on ice to swishing his way through` Bolero`) it will be Perri and his skate partner Vanessa’s performances that will have a more lasting impact. He did things on the ice I’ve never seen but more importantly the legendary Torvill and Dean had never seen. Some felt that his dance background as a member of Diversity might give him an unfair advantage but ice / skates is not the same as floor / shoes! My favourite moment of the whole series was last week when he incorporated a little Diversity move into the skate. I reckon this will be something a lot of professional ice skaters will want to develop.
JOHN BARROWMAN! is a judge this year and is always good value even if I did miss the much grumpier judge he replaced whose barbed critiques could scorch off paint. Still it is an entertainment show and this year struggled with endless controversies notable Caprice flouncing off after swapping professional skater probably because she was expected to do some actual work. There was also the big Philip Schofield story in the midst of it, the first ever same sex skater couple and a panoply of gory injuries. I still can’t look when a couple do that headbanger move live.
Dancing on Ice will be back next year for sure (phew- 10 months away from that We Buy Any Car. Com advert!) whereas the future of The Greatest Dancer is not assured. I hope they bring it back because it deserves it for inspirational and powerful performances. So yes I love these programmes and given the sort of news we’ve been having over the past few years I hope they continue to provide a little light to balance out all the shade.