It has been reported this week that more than half of those who watch ongoing series catch multiple episodes in what is being  called `bingewatching` or `box set Britain`. Many even miss out on sleep in order to just watch one more episode before bedtime. This isn’t a new thing as such- ever since videos people have been able to watch episodes of series whenever they liked but it seems to have grown now the likes of Netflix and Amazon have started dropping whole seasons at a time. Whereas with videos, dvds and blu rays you’d probably already watched weekly episodes first, now you don’t have to. You can watch all the episodes in one day if you want but if you do are you missing out on an important aspect of episodic drama? 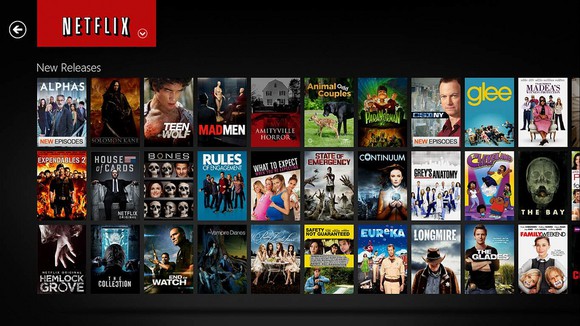 In the pre home video days you really had no option but to wait a week to see what happened and that created a different aspect to the drama. It was a week to discuss, to speculate and get excited all over again. It made each episode more like an episode 1 with the anticipation that involves. Now you can watch episode 2 right away meaning that your mind has barely had time to absorb episode 1 properly. I’ve done this on occasion, sometimes watching three episodes but the more you do that, the less impact each episode makes and the more you forget about what happened in each.
Binge watching also means the audience has increased expectations of the programme makers. It is becoming increasingly common for comments and reviews of new seasons of programmes to be less complimentary, to talk of a show losing its way and how its not as good as last year or the year before. While this can be true in some cases, it is surely also the case that expectations have been heightened by binge watching leading to over familiarity and wanting more and more thrills and spills that are in fact out of character with the show. In effect, it’s not actually the programme that has changed, it’s you.
Human nature of course does tend to want, as Arcade Fire recently suggested, “Everything Now” and the Internet makes it easier to have that.  Yet such immediacy will never be able to sustain us because we then want `plus more`. It is an endless cycle that will lead to our eventual disappointment with every programme we watch effectively becoming an addiction with the same characteristics as more serious examples.
Binge watching also encourages you to skirt over the nuances of drama. There’s a reason why old programmes from the 1960s and 70s are lauded by those who saw them because they may only have seen them once week by week when originally broadcast. Yet the impact they made is so strong they can still quote lines and recall scenes over forty years later. That is partly because of that week in between episodes where what they had seen sunk into their memory properly. When people say they `can’t wait` for the next episode it is a different thing to not having to wait for it which is just stealing away some of the drama.
Apart from the harm caused if you regularly stay up till 2 or 3am binge watching and therefore lose sleep it isn’t bad as such but it means you are missing out on so much that you’ve just watched because it’s supplanted almost immediately by the next episode. If you leave those gaps- preferably of a week- you’ll find whatever series you’re watching becomes a richer and more rewarding experience.