For a film whose theme is about being yourself and not hiding things, the title is somewhat misleading but this is a subtle coming of age drama that travels familiar roads but has a refreshing tendency to veer off when you least expect it to. What you think is going to happen doesn’t and by the end you may well find yourself getting excited over the result of a rugby match and, you know, that’s not something that normally happens. Writer / director John Butler gleefully plays with tropes that anyone whose watched any American high school film will recognise but imbues each with something more. 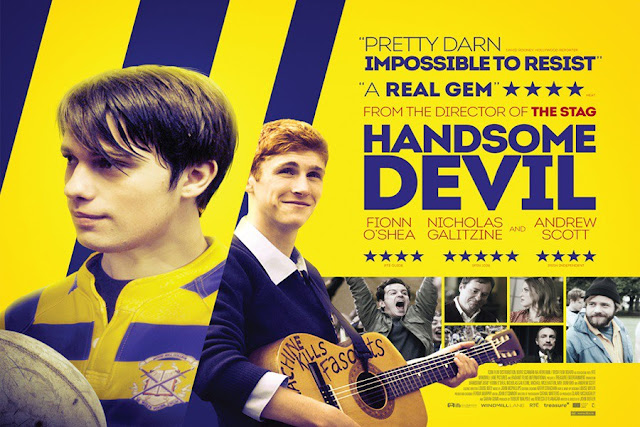 We’re in Ireland by the way at a boarding school were two outsiders are roommates starting off with nothing in common. Ned is into music and general non- conformance- in a funny early scene he is called out for delivering an essay that is actually the lyrics to The Undertones’ `My Perfect Cousin`! Conor is rugby player who soon becomes the team star on the road to a final. Ned is something of an anathema to the rugby types so much so he builds a physical `Berlin Wall` from the furniture to separate him from Conor.
Now you know how you think you know where this is going, well it’s really not. What develops is an unlikely friendship when teacher Dan Sherry gets them involved in a charity concert for which they have to learn a song. No, the film isn’t about some amazing musical adventure either. I really like the way Butler confounds expectations; for example his take on cheerleading is different. The way he treats the `secret` which saw Conor expelled from his last school is also dealt with in a manner that avoids too much lecturing and easy answers. 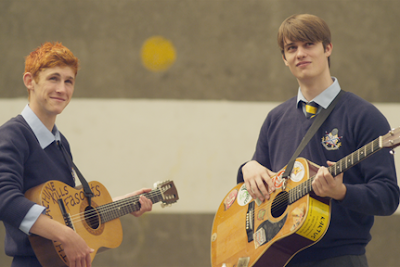 I’m not telling you too much about this film am I because if you like coming of age type films you’ll like it and if not you won’t (it might come with a warning for rugby players!). For the former, they are best watched as un-spoilered as possible because the surprises are great to discover. What I can say is that the direction is interestingly done with Butler finding new ways to show and dress the school environment including a bizarre post match celebration with flaming torches, a picture covered secret music room and some perfectly framed locations shots. The sports sequences, often difficult to choreograph in films, always convince (they were arranged by a real former player Brian O’Driscoll) so much I wondered did they really select a cast that are also great players or is it all trickery? There are a few moments when the narrative threatens to go over the top into pure movieland, notably the half time dressing room stand off, but the film does earn it’s pay off and always wins because the cast are terrific. 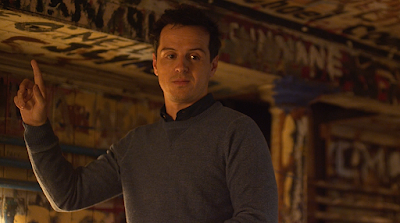 As Ned and Conor Fionn o’Shea and Nicholas Galitzine hit all the right notes in an often witty never preaching script that makes their friendship seem real enough. Andrew Scott gives great value as an English teacher Dan Sherry who is full of inspirational advice that he hasn’t necessarily followed through himself. Nobody can wince in embarrassment or disapproval like Scott and there’s plenty of it here!  Moe Dunford is a riot as the always blowing a gasket rugby coach Pascal O’Keefe and Michael McElhatton exudes quiet authority as headmaster Walter Curly.
The film has been described as dealing with homophobia but in a way it’s as much about loyalty of different sorts than anything else. Whether it’s supporting a friend or a team or a school or just yourself that theme is peppered throughout what is an enjoyable, life affirming and lively surprise.