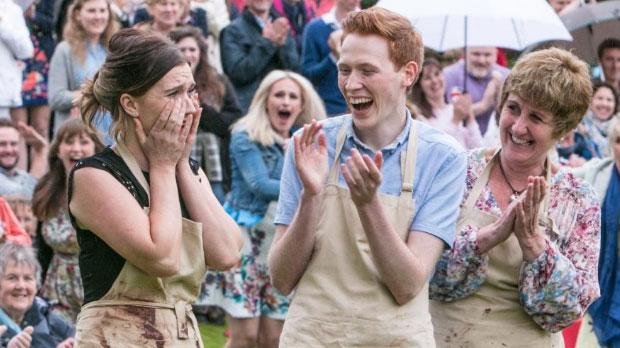 There are fewer doubters these days than back in 2010 when people scoffed at the very idea of a tv show set in a tent in which competitors would bake but GBBO has soared since those modest beginnings to become one of the most watched series of this decade. It has done so because, unlike many other reality shows, the public does not get a vote. All the frantic tweeting cannot influence the two judges’ decisions which are based on exactly what they should be based on – the quality of the baking. There’s no studio audience either, in fact there’s no studio. The tent is a key reason for the show’s success creating an intimacy between us and the bakers. Over the weeks we really do feel like we know them. They’re not celebrities, they have no particular tales of woe to encourage our support. All they do is bake and chat to the camera.
Bake Off is also a masterclass in the underrated skill of editing. When you think that somehow they manage to boil five hours of three separate bakers into about 12 minutes, it is a marvel. Yet you don’t seem to miss a thing. Every slight spill, every triumphant tray emerging from the oven, every quip from a roving Mel and Sue is captured in delightful packages that make the hour sail by. And if you pay close attention, you’ll pick up plenty of baking do’s and some don’t’s as well. 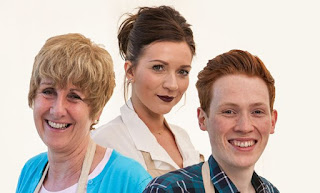 The four presenters have also gelled together so well. Mel and Sue were already an established double act but here they have reached a new plateau with their mixture of funny voices, surreal observations, innuendo and the many different ways they find to shout “Bake!” at the start of each round.
Mary Berry and Paul Hollywood are like the oddest couple ever. She is as regal as a monarch with a barely disguised delight if any of the cakes contain a soupcon of alcohol while he is gimlet eyed and unforgiving of even the slightest sogginess. Though the show sticks to a formula- signature bake, technical bake and showstopper, it somehow seems as fresh as a fresh scone every week.
It has also retained it’s amiability. However seriously some of the bakers really, really want to win they are supportive of each other and seem to want to make the best of the experience. A diverse age range also makes things more interesting; this year we had contestants from their early 20s to 60s. There are always some stand out characters and 2016 brought us a particularly rich mixture whisked down until we ended up with the final three. There was Jane, a mother who rather wonderfully threw caution to the wind and guessed her way through timings for the five hour finale showstopper baking by instinct alone. Engineer Andrew on the other hand had a spreadsheet that marked out what he should be doing every five minutes or something. Both of them seemed so delighted to be there whereas Candice had the stare of someone who knew the trophy was in her grasp. She’d been the most consistent of the three throughout the series and already had one hand on the title the week she made something in the shape of a peacock. The result is announced during a picnic of friends, family and the rest of the year’s contestants (finally someone to eat all this baking) and when Candice’s name was announced she seemed totally shocked, her steeliness peeling away in moments. 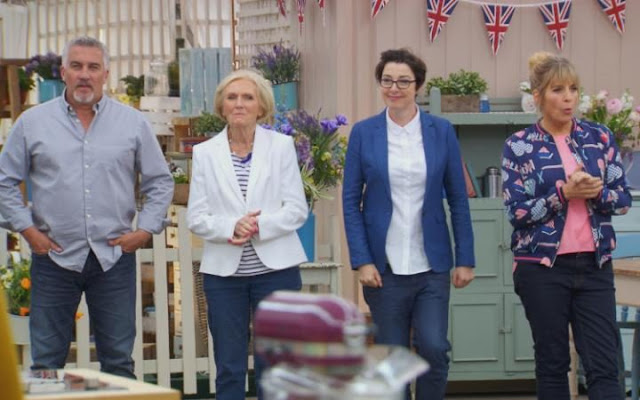 I’m going to really miss Bake Off I think. It’s still going to be there of course, but on Channel 4 complete with four sets of adverts, that annoying post ad recap and no Mary, Mel or Sue. I bet they even change the opening credits to make them more funky. The very essence of Bake Off’s success is its congeniality with just a soupcon of rivalry showing. If C4 do try to make it faster or change the ingredients too much then they may find the show develops its own soggy bottom.
Posted by John Connors at 19:28