I Am Not A Serial Killer


A clever, genre hopping 2016 film that refuses to settle into the pattern you expect it to. Refreshingly dark with splashes of black humour, interesting mis-directions planted in the narrative and an utterly surprising ending. In the small town of wonderfully named teenager John Wayne Cleaver has been diagnosed as a sociopath with homicidal tendencies and a morbid interest in death, not entirely unexpected as his mum works in a mortuary and he even helps out. So when a serial killer seems to be stalking the increasingly terrified inhabitants, John’s interest soon stretches beyond the normal response into a strange fascination with the processes the killer seems to be using.
Spoilers past this point..

Based on the novel by Dan Wells the film is chameleonic in the way it shifts gears starting off like a look at a troubled teenager in a dysfunctional family before morphing into a serial killer movie then a psychological thriller before ending up as…well that would be telling! John has the demeanour, plaid shirts and long hair of many a movie teen yet the script and a nuanced performance by Max Records means he soon turns out to be anything but typical. Its interesting to learn that the actor originally won the role aged 13, some four years before it was made. John’s life is scarcely normal as he regularly witnesses embalming procedures which feed his fascination with death. At the same time he employs a code which enables him to appear normal. There’s a great scene at a dance where he verbally demolishes a bully while maintain a sort of grin. The narrative suggests he is trying to stop himself becoming the sort of serial killer now terrorising the neighbourhood. 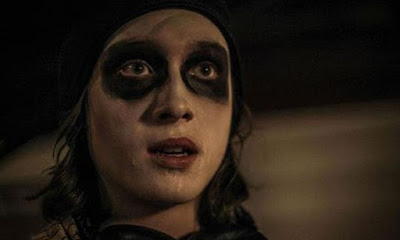 Christopher Lloyd may still be best known for playing an iconic role but recent decades have seen him carve out a niche as a character actor of distinction and this is one of his best roles. Bill Crowley (another interesting name) is, like John, not what he seems. Amiable and stricken with the pains of old age as well as devoted to his wife and prone to spouting poetry you would never suspect that he will turn out to be the main suspect. After we hear of the brutality of the initial murders in which organs have been removed from the bodies, it is a genuine shock when he is revealed very early on as the murderer.
The scene is chilling in every respect even down to the sub zero snow covered locale in which it occurs. Till now John’s attention has been on a shadowy red hatted individual who is seen lurking around suspiciously. When he invites himself on a fishing trip with Crowley, John is understandably concerned about his aged neighbour so follows them. Interestingly director Billy O’Brien chooses to shoot the violent act from some distance giving us John’s perspective and shocking us as much as he does the character. The nature of John’s obsessions though means that not only is he the only person who knows the truth but he doesn’t even try to alert others. Instead he takes matters into his own hands. 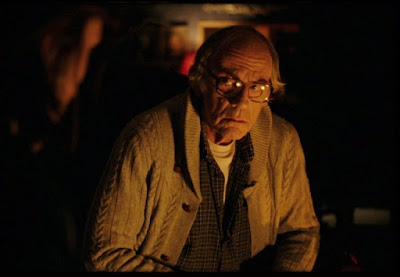 Great when apart, even better together Max Records and Christopher Lloyd are mesmerisingly good at what turns into a cat and mouse game. Records’ feverish and increasingly disintegrating state is such that you’re willing the character to win through while Lloyd’s transformations from coughing old man to wily animal are chilling. Offering very strong support too is Laura Fraser as John’s mother who will try anything to make John normal and a slightly underused Anna Sundberg as his sardonic sister.
Billy O’Brien makes the most of the bleak wintry setting and chooses a palette of rich coloured lights against desolate roads and landscapes. The grain of the picture feels like something from an earlier decade and the claustrophobia he is able to achieve is palpably absorbing. The film is speckled with knowing cinematic nods and a pitch black humour. Casual as you like the two share a pew near the end where Crowley declares “You attacked my wife” and John responds, “You killed my therapist.” It‘s hard to believe this was a novel aimed at young adults thought I understand the book was of a slightly different tone. 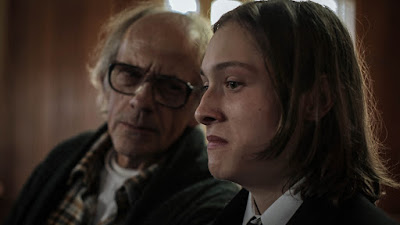 Whether you go with the denouement is very much a Marmite thing. Personally I found it extraordinarily gripping and as what ultimately happens is far from what I was expecting then I was totally happy with it. However some may feel otherwise but it is definitely worth waiting for. The clues are there in the preceding narrative- that black oil and the oscillating scale of Crowley’s ailments. The end also fits with the film’s constant shifts of expectations leading the viewer one way then another till you’re not sure even what sort of film this is never mind how it will end.
PS: The film has also inspired some great promotional images like the different film posters and covers below. All totally different in tone supporting the idea that this is a film not easily categorised by genre. 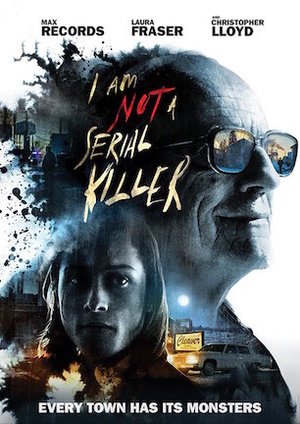 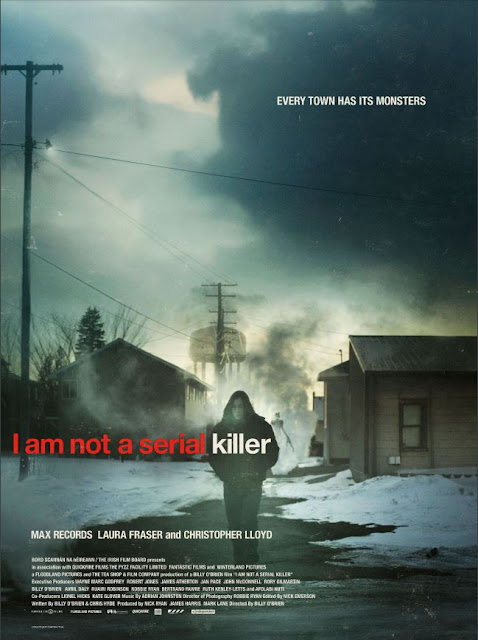 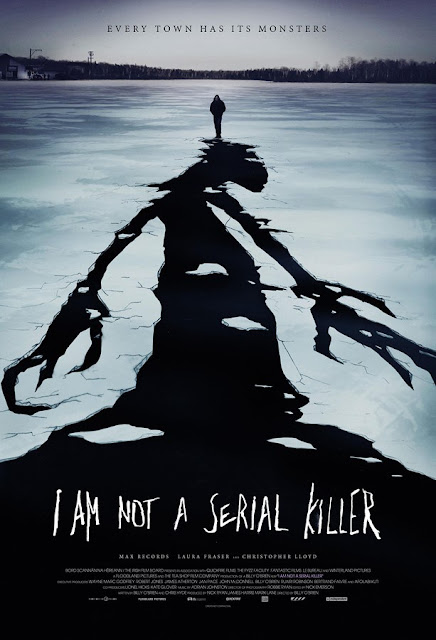 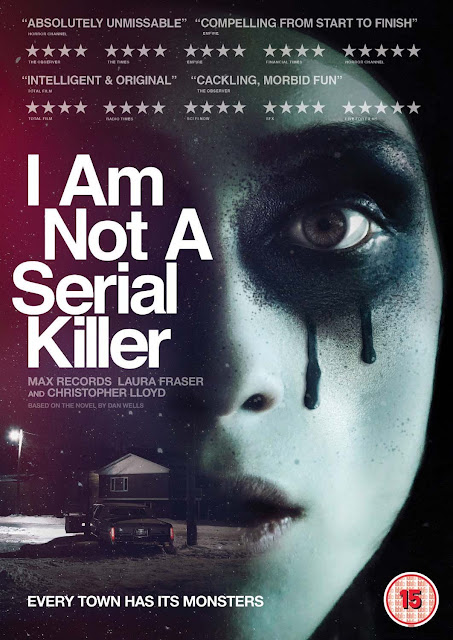