A few decades back this time of year in the UK was all about Bonfire Night. People would attend large fireworks displays where there would also be a huge bonfire. Local inhabitants would have been piling up unwanted furniture and other items to burn for weeks and would gather in large crowds to watch. The sky was alight with fireworks of all sorts. Often people had their own bonfires or would buy fireworks and set them off. Millions walked around with sparklers and the media was full of warnings about the dangers of fireworks. Halloween was there of course but it was comparatively minor by comparison and seen mainly as an American thing we saw in films where people donned costumes and embarked on trick or treat trips. Now things are different and while Bonfire Night is less significant Halloween has become a huge event. 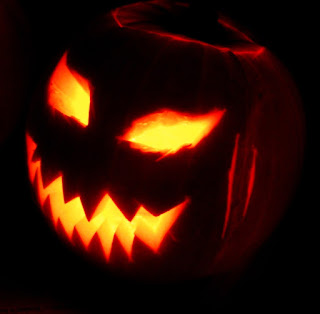 So why could this have happened? One thing could be concerns over fireworks safety. A number of incidents used to make the news each year of people being injured on Bonfire Night and perhaps that has put subsequent generations off the idea  Also retailers have clearly seen the potential for making much more money from Halloween than Bonfire Night. Whereas you need a licence to sell fireworks and there are laws about who you can sell them too, Halloween stuff has no such restrictions and adds a much needed boost during the lean period between summer and Xmas. The change in importance of both of these traditions may also be partly because people these days want to be more involved. Fireworks displays are passively watched whereas you can dress up and take part in Halloween themed events.
Mischief Night- a media invention? In the early 2000s on the night of 30 October a seemingly new phenomenon broke out in towns and cities. Gangs of kids roamed the streets armed with flour, eggs and other items ready to hurl them at unsuspecting victims. Shop windows and buses would be targeted and wrapped in toilet rolls. Some went further with acts of vandalism breaking windows and in one extreme event smashing all the windscreens of a row of parked cars. This, we were told, was Mischief Night, a tradition nobody had heard of before. It was one of those things that people dismissed as a joke until something happens to them. I know first hand about this as I lost a coat to Mischief Night because as I discovered it is impossible to remove flour from the material. I also remember the following morning after Mischief Nights when the main street would look as if there had been a battle going on. 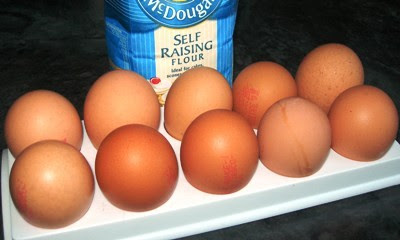 The name itself suggests some mild ribaldry with no real harm done but this was definitely not the reality. It has toned down a bit since then. At first police and local authorities issued warnings while shops banned the sale of eggs and flour to minors during the week. MPs and councillors spoke at length about it. Then a new tactic emerged which was to try and ignore it, to not go on in the media about it at every opportunity. This seemed to work more effectively and later generations of children were less aware of it. One thing is true and that is that Mischief Night is indeed a historical tradition of some vintage with the earliest known reference to it believed to be from 1790.
Duck Apple- an impossible task? Duck Apple- sometimes called Apple Bobbing- used to be practised by families in the days when people had to fill those hours we now spend online. How it works is that you fill a bowl with water and place an apple in it, floating on top. Then with your hands behind your back you have to somehow bite into the apple enough to lift it out of the water with your teeth. A variation is to have the apple dangling on the end of a piece of string. 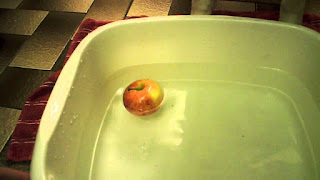 It’s a game that dates back to Roman Britain when a lot of traditional Celtic festivities were combined with Roman traditions. Remarkably the practice was used amongst unmarried people to determine who would marry whom. Don’t bother trying duck apple at home though as it is impossible to do especially as apples seem to have become harder in recent decades. Can you really imagine anyone nowadays being distracted from Twitter to try and eat an apple in such a manner?
The origins of Halloween Halloween’s iconography nowdays tends to centre around horror staples such as monsters, ghouls, zombies etc. Its origins lie in the Celtic festival of Samhain during which people would wear costumes and light bonfires to ward off ghosts. In the eighth century, Pope Gregory III decreed 1 November as the date to honour all saints aka All Saints Day. The night before was dubbed All Hallows Eve when the dead returned to earth. Over the centuries this evolved into Halloween and latterly has drawn on popular culture. Probably not what Pope Greg had in mind.
Is Bonfire Night even doing the right thing? It is most peculiar don’t you think? Bonfire Night celebrates the fact that Parliament was not blown up, that there were no fires or explosions. So we celebrate that with, erm, fires and explosions. On the night – 5 November 1605- people lit bonfires by way of celebrating the plot being foiled but nobody was actually thrown onto them. However this became a tradition on each anniversary.
Whatever the pros and cons of his plan you do feel that Guy Fawkes could be the most over punished person in history whose effigy has been burned for more than 400 years for a crime that was stopped before it happened. Technically he could only be charged with “intent” to blow up Parliament. This tradition may be because his name just happened to be Guy. Had it been Archibald or Elias things might have turned out differently. Can you really imagine kids shouting “Penny for the Archibald” 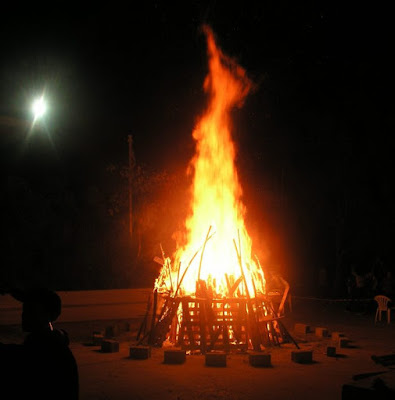 Pumpkinmania !The shops are full of pumpkins now, I just passed somewhere selling fairly large specimens for £3 each. I wonder how many people buy them and out of those who do, how many bother to hollow them out and turn them into scary faces. It must be a lot as Pumpkins have only been beaten in recent years by snow shovels as the must have seasonal thing that is actually no use most of the time.