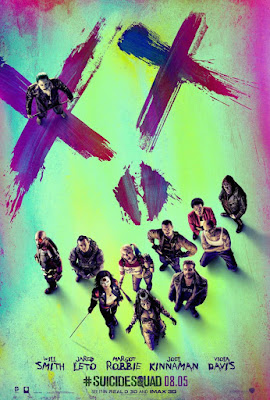 Now we are over-run with superhero movies, the key to their artistic worth has to lie in what new spin each can add to the genre. Some (especially the Captain America trio) have found their own way of threading wider concerns into the fantastical, others (Deadpool, Guardians of the Galaxy) succeed by way of humour. You’ll notice all of those are Marvel films and their carefully constructed run of linked films has been something of a long term triumph from which we are now reaping satisfying rewards. DC on the other hand have managed to succeed more on TV but their big screen adventures have been patchy culminating in the dour Batman vs Superman which was so deadpan it was almost funny but mostly uninspiring. Suicide Squad promises a lot more; the online hype over the new Joker has been percolating for over a year and the word was that this would be a genre film with its own USP. It’s not quite as out there as we might have believed (and the aforementioned Joker is rather a disappointment) but it does show a vitality and reach that makes you think that just maybe this other Universe would be worth sticking with. (SPOILERS TO FOLLOW IN THIS REVIEW!)

It’s shortly after the events of the superhero smackdown and in Superman’s absence the authorities- in the form of Viola Davies’ superbly drawn very devious Amanda Waller -seek an alternative way to combat the bad guys by using other bad guys! Thus a selection of the bad, the crazy and the crazy-bad are sprung from their incarceration and sent on a dangerous mission. So you’re thinking- well what’s to stop them all running off and causing mayhem? Well the government resort to the old bomb in the body trick but if we’ve seen the mechanics before, we haven’t met characters quite like this before.


If this idea is a hard sell for Waller to convince her fellow officials then the audience is also initially dubious as to how this can pan out. Pleasingly these are a collection of rather well drawn characters whose initial propensity for mayhem is gradually unpeeled to reveal the reasons for it. It’s not exactly subtle but it adds so much light and shade that you start to revel in this strange platoon. Though much of the pre publicity has centred on the Joker, it is his sidekick Harley Quinn who steals the show with her `little old me` schoolgirl antics. She’s at the centre of all of the film’s best moments and Margot Robbie does a great job in making her more likeable yet still quite mad and dangerous. 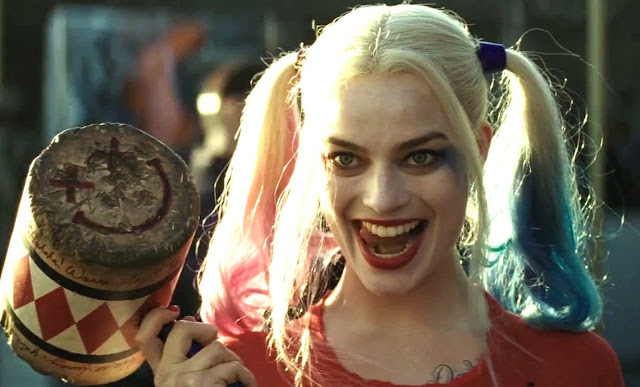 The biggest surprise is the presence of Will Smith playing against type as a hard bitten assassin whose emotional responses have been erased by the nature of his work and Smith puts this across with a subtlety you wouldn’t necessarily expect. Yep, he is back! There’s also a standout role for Joel KInnaman as Special Forces officer Rick Flag, who has to supervise the motley crew and Jay Hernandez as El Diablo, a fire starter of considerable power which fills him with guilt. His story is truncated but is later revealed to be the most heartrending of them all. The others get less time but together they make for a team as cool as the Avengers with more powers than a gaggle of X Men. Their slowly thawing camaraderie is slotted well into a series of set pieces yet never goes too far. Mind you Waller sometimes seems to run rings round them with nothing more than her planning. Viola Davis is excellent and you will hate her character by the end!


The Joker himself plays a smaller than expected role in proceedings simply escaping during his recruitment and popping up again later. Jared Leto’s performance ticks the boxes but suggestions it’s off the scale prove unfounded as it pales next to Heath Ledger’s startling interpretation and to be honest Jack Nicholson did it better back in the day. You suspect though this Joker will be fully played when we get to the Justice League film. 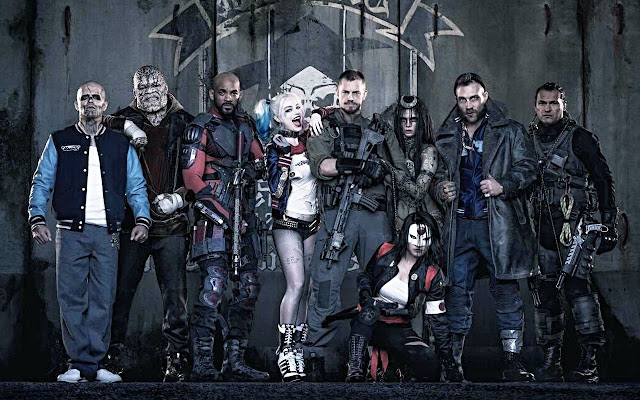 It’s the characters and the force of the action- superbly staged, directed and edited- that carries a film whose plot is rather more hokey. Needless to say you’ll find lots of static and a possessed ageless Enchantress with nebulous ideas of taking over the world plus a big, big monster thing. It does the job though, driving the action in a relatively limited part of the city towards a dramatic climax underground in which at least one of our hero villains is sacrificed.
It’s not a perfect film by any stretch; the opening half hour is too sluggish and repetitive and the ambitions of the overall villain remain depressingly clichéd yet there is an energy and a life to it that makes it much more enjoyable than it’s cloaked relatives’ escapades. Suicide Squad shows that this Universe could be as interesting as the Marvel one if it takes it’s own course and offers something different.
The Best of This Way Up Volume One includes features and reviews on The Ghosts of Motley Hall, Watch with Mother, The Feathered Serpent, Sky, Tom Grattan’s War, Richard Carpenter, Strange, Firefly, Out of this World, Handmade Films, Jaws, Nigel Kneale,  Second Coming, Phillip Saville, The Comic Strip Presents, Adverts, War Horse, Pluto, The end of record shops and much much more! Available now from Amazon in print or Kindle ebook format.
Tomorrow Is Now - The Best of This Way Up Vol 1