2014 does not seem to have brought us a great Christmas single; in fact the last new modern standard came twenty years ago with  Mariah Carey’s `All I want for Xmas is you` . As Coldplay discovered a couple of years back when they thought inserting the words “Christmas lights” into a song was enough,  penning a surefire xmas hit is not easy. Yes it may scale the charts and gain lots of airplay but the real measure of success is endurance. Is it played every year in public places to the point of public annoyance?  Or is it forgotten and rarely heard after a year or two? Bizarrely for those who make them most Xmas songs are written in the summer which perhaps explains why they can overdo the festiveness of it. In the sunshine it is difficult to put yourself in a Christmas frame of mind. What sounds fine in June is going to sound just too overworked with bells and cringesome lyrics when it comes round to December. What better time then than to look at some memorable Christmas songs and see just how Christmassy they are:
Slade- Merry Xmas Everybody
The quintessential Crimbo song started out with a different lyric before Noddy and co decided to amend the earworm of a tune to meet the festive season. It is timeless because it describes the sort of Xmas that is of its time; the 1970s.  Now more than forty years old it seems as much part of the tradition as Victorian times did in the 70s. The lyric is masterful; conjuring up crowded rooms, homemade decorations, party hats, big dinners and embarrassing relatives and is tied to a bouncy tune that would translate into other genres if someone tried. Imagine a dance version? It’d be fantastic. This is the yardstick against which all post 1973 Xmas songs must be measured and few have matched it. “It’s Christmas!!” yells Nod at the end in case we hadn’t quite got the message. And as soon as you hear this, it is.


Mud- Lonely This Christmas
There are two sides to the season. One is party time-mince pies- presents. The other is that some people have had a bad year, or are lonely or down and being surrounded by party popping celebrating goons is perhaps not their idea of a good time. This song then is for them. Unfortunately it’s delivery leaves something to be desired. For ages I’ve hoped someone would cover this song properly, make it really emotional and meaningful. Mud’s singer Les Gray however believed he was Elvis and its altogether plausible that if you heard this on a slightly tinny iPod with no knowledge of who it was you might think it was the King. It is only the Pretender though. His singing makes the song jokey, a pastiche that does no service to the lyrics. It nonetheless makes a bold statement about the side of Xmas most people don’t even care to notice unless of course it’s them this year. Talking of which…
Band Aid- Do they Know Its Christmas
This gargantuan song dominates the seasonal playlists nowadays and there’s no doubting the good work that has resulted from its existence. There is much to like, especially the original version which has a muffled quality borne from not having weeks to refine the production, as well as trying to spot who gets which line. Try for example to pinpoint the moment when Tony Hadley starts and finishes. Recently the lyrics have been questioned. For example asking whether “they know it’s Christmas time at all” suggests cultural ignorance while the weather related line that there won’t be snow in Africa this Christmas rather ignores the fact that in large parts of the continent it never snows anyway whether or not there is famine.  The latest version changes some of these lyrics but has come under fire for maintaining a patronising view. This seems churlish in the extreme; after all it doesn’t even snow that much in the UK yet our seasonal songs go on and on  and on about the snow. Like for example..
Shakin Stevens- Merry Xmas Everyone
“Snow is falling…all around.” You see what I mean? Shaky as he is known is another pretend Elvis and his festive offering has become a staple feature of this time of year. Remarkably it only has four musical lines that are repeated endlessly for about six hours. OK I might be exaggerating but you must have heard it and thought it had finished when it goes da dum dum dum. Pause. “Snow is falling…” No it hasn’t finished. It’s great for parties though and remains one of Shaky’s best efforts in a career that did rely a lot on repetition. Well can you really tell all his other hits apart?
Mariah Carey-  All I Want for Xmas is you
Cheers Mariah. Oh she’s not actually talking to me or indeed to you but to someone special. This is a gorgeous creation that fulfils all the criteria you’d hope for. It’s catchy without being irritating, festive without being overdone and sounds great delivered through any medium. It’s also hopelessly romantic and let’s face it if we can’t be bowled over by that around this time of year then when can we? Of course some may find it too sugary in which case..
Jona Lewie- Stop the cavalry
Never intended as a Christmas single at all the presence of bells and a December setting have turned this tale of soldiers far from home into a festive classic. Jona’s deadpan delivery is a perfect antidote for those who find the season altogether too jolly and prefer a melancholic approach. It proves you don’t need to sing about Santa or stockings to invoke the season but then again it does help to have some reference to Christmas in it…. doesn’t it guys?
East 17- Stay Another Day
Mmm, as Lord Sugar would say. This became a Xmas single because of bells but is just a song about not wanting someone to leave. “Please stay another day” begs Brian who would later become renowned as the world’s worst driver when he managed to run himself over. “No” gran declares, “Not if you’re giving me a lift.” Mind you it is a great single if you ignore the bells and marked a rare E17 single without a rubbish rap in it.
Elton John- Step into Christmas
An example of when it doesn’t work. Despite his mega status, general songwriting genius and the fact it’s a festive song this was a rare flop for 70s Elton during his first imperial period. Somehow it never really sounds Christmassy enough (maybe he should have added more bells?)  and is somewhat forgettable. Still, seeing as the previous single was Goodbye Yellow Brick Road and the next was Candle in the Wind I’m sure neither he nor anyone else was bothered.
Wizzard – I wish it could be Christmas every day
It’s amazing how many seasonal songs utilise rock and roll signatures; Mariah, Shaky and this gem featuring the only man with more beard than Santa, Roy Wood. Of course, great though the song, is Roy hasn’t considered the practicalities of his wish. Would we really want a full Christmas dinner with all the trimmings in the middle of Summer? Tinsel always looks rubbish after Xmas as well. As for all those mince pies- what effects would result from eating them all year round?

John Lennon and Yoko One- Happy Xmas war is over
An admirable attempt to shoehorn some politics into the season by the former Beatle and noted grump. The presence of children singing, those bells and a sentiment that, bless him, probably seemed great on paper complete an unusual Crimbo anthem.
The Pogues feat  Kirsty McColl  - Fairytale of New York
It is now as traditional as Xmas itself to say that this is the best Xmas single ever because it swerves around sentiment and keeps a realistic edge. Granted this is true but Shane’s vocals are something else proving that just because you wrote the song doesn’t mean you really must sing it. Or as we call this do the vocals. Luckily Kirsty makes it magic.
Christmas carols
People may have forgotten that long before even Slade we used to sing along to these. They may be slow and start as if a very large mammal is trying to stand up but they are centuries old now and somehow evoke xmas whether or not you are the slightest bit religious. They smell of candles, cold floors and warm scarves. What they also share is that people can only remember the first two lines. After that you have to mouth along and sing the odd key word when you realise it’s coming along. Quite possibly the only popular song to contain the words “cattle shed” is amongst the collection. So let’s all swig some mulled wine, scoff another mince pie (remembering to give thanks to the person who decided the recipe did not need actual meat in it) and pretend to sing along.

And a merry xmas to everyone at home… 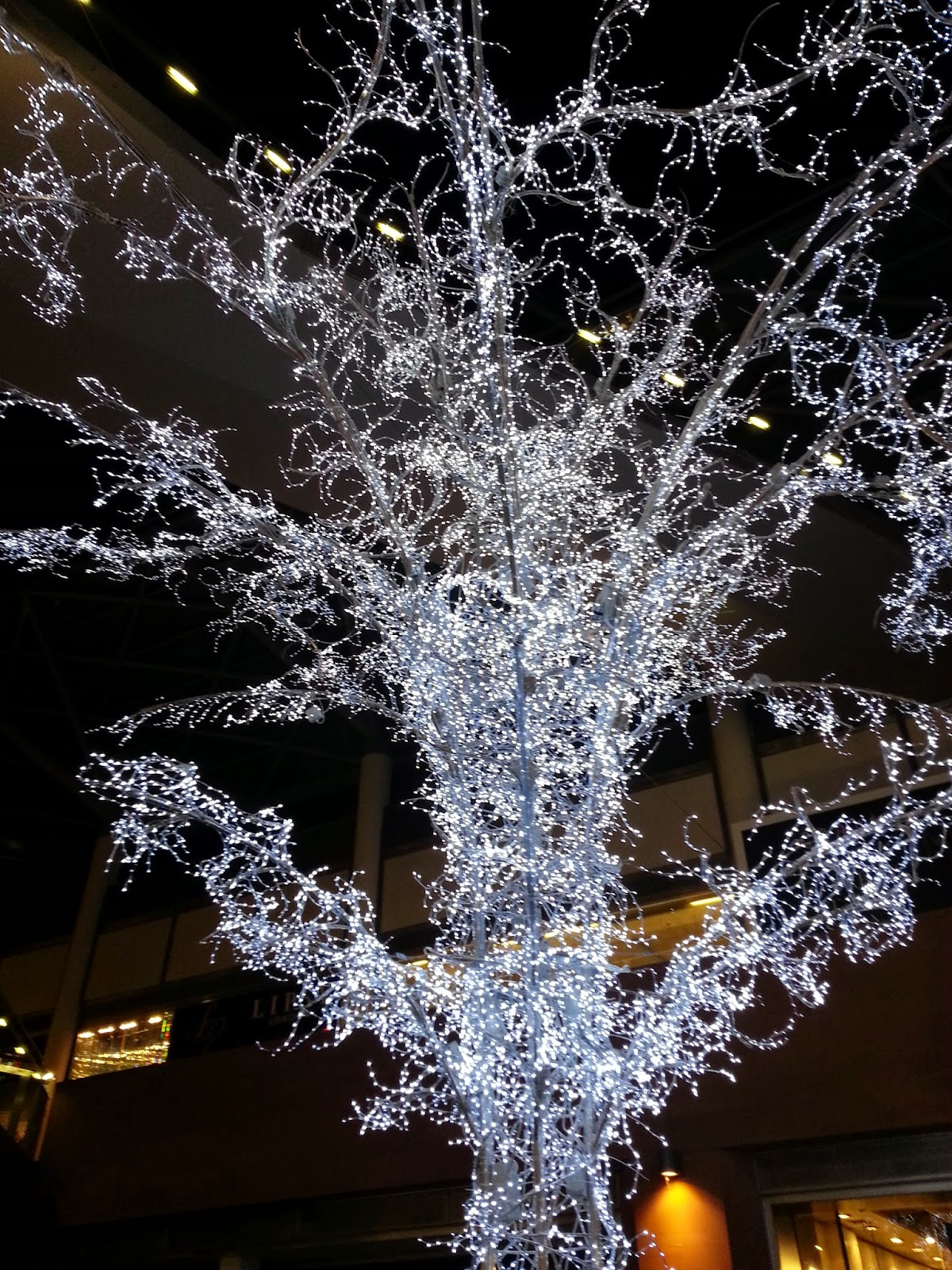