The QR code has become one of the iconic images of 2020. The adoption of this system for the NHS Track and Trace service revived a format that looked as if it was on the way out. Now those strangely filled squares have become commonplace adornments to almost all public places as symbolic a representation of the pandemic as face masks or those social distancing signs. How many people though know what QR stands for? And where did this system originate? Can a QR code even be considered Art? 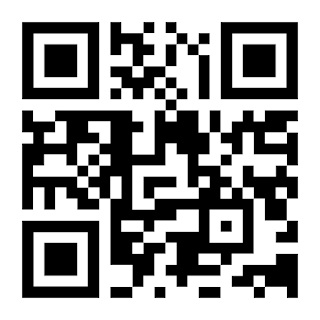 Some people believe they can see hidden images within the black and white pixel patterns though those grids are representations of binary codes which can be interpreted to reveal the data stored by the code. A QR reader identifies a standard QR code from the three large squares on the outside of the QR code. The QR reader analyses the code by breaking the whole thing down to a grid looking at each individual grid square and assigns each a value based on whether it is black or white. It then groups grid squares together to create larger patterns.

QR stands for Quick Response and the system originated in 1994 in Japan where a car company called Denso Wave devised them for marking components. The developer Masahiro Hara was inspired by the classic game Go. Looking at the way the stones were arranged on the board he realised there could be a less labour intensive way to store more information. At the time it was never imagined that the solution might be used outside of the manufacturing industry but by the early 2000s QR code squares started appearing all over the place on packaging, shop displays and even public advertising boards.

If you scanned the code it would reveal links, coupons, event details, and other information that users might want. Public transport timetables often included them as additional information that wouldn’t fit on a printed timetable. While barcodes can only be read in one direction – top to bottom- meaning they can only store a little information, a QR code can be read top to bottom and right to left. This allows it to house a greater amount of data. The QR code even has rivals including the Aztec Code (one large square at the centre of the design), Maxi Code (circle rather than a square at centre over a honeycomb pattern), PDF147 (rectangular and more like a barcode) and Semaco (which just has the pattern and no large squares).

Despite their abilities there was still a general feeling that they were a bit of a gimmicky sales tool and no more, a `nice to have` development that had yet to become vital.  It was also necessary to download an app to use them which a lot of people found a faff. Then the arrival of contactless payment using near field communication seemed to render the QR code generally obsolete. 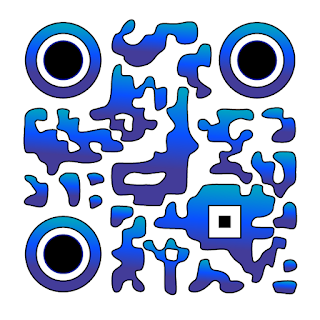 The comeback began when smartphones started to include a built in QR reader.  Thus the system was tailor made for use this year in the pandemic. Hara says he is “really pleased that it’s being been used to help improve people’s safety.” Now it has become a regular thing to use these codes to log your whereabouts in a public place for the NHS Track and Trace system. Large versions of the square are prominently displayed in public places.

QR codes may be useful but they have also become works of art. There are numeous examples of artists utilising the symbols in different ways  Such works are not as new as you might think; ten years ago artists were incorporating QR codes into works. For example designer Tony Taj from Seattle embedded QR codes into his urban landscapes. as in this example - https://www.wired.com/2011/11/qr-codes-embedded-in-paintings/  If you use a live QR code as the basis for a work of art, it will still work.

The codes have also been used to enhance existing art. In 2011 in Poland the Sukiennice Museum developed a mobile app that enabled patrons of the museum to interact with some nineteenth century paintings. Visitors would scan the QR code next to the painting, and the characters in the paintings would come to life on their phones. This year’s go-to video game Animal Crossing has even got in on the act by enabling QR codes to import paintings from the Getty Museum into the game. Examples like this show how art from different centuries can be brought together.

You can create your own QR codes on various sites such as https://www.qr-code-generator.com/