Doctor Who Conventions these days are held in vast arenas and gain national publiclity but it all started in somewhat more modest circumstances. On August 6 1977 the first ever UK Doctor Who convention was held at Broomwood Church Hall in Battersea. It was organised by Keith Barnfather on behalf of the Doctor Who Appreciation Society (aka DWAS) itself less than 18 months old. The event was simply titled Convention 77; the distinctive PanoptiCon moniker wasn't used until the following year. On the day it was pouring with rain; a convention tradition that became as familiar as long autograph queues and colour coded badges in subsequent years. Eager attendees can't have known quite what to expect and were greeted with a hall covered in photos from the show as well as entries for an art competition. At Star Trek cons these sort of participation events are part and parcel of proceedings but somehow they never really caught on in Who fandom despite this early enthusiasm.
The stage was dominated by the Tardis prop from the two 1960s films and a couple of Daleks as well. One of the traditions of early cons was to have a slide show which may seem a quaint practice today but don't forget that in the Seventies few had access to a video recorder and even if they had there were no old episodes available to the public to play. These presentations were nostalgic and, often, a particular slide would draw applause notably any of the older Doctors or of Roger Delgado which indicates that 70s fans enjoyed the show in a simpler and more open way. The pictures were accompanied by a soundtrack mixing extracts from the episodes with suitable music. There was also a props display featuring such creatures as an Exxilon and Aggedor.


The real stars though were the guests and for many this was their first ever encounter with their television heroes in the flesh. Jon Pertwee, some three years out of the show by then, turned up in a regal crimson and scarlet version of his costume and must have realised for the first time that day just how loyal and enthusiastic the programme’s followers were. Imagine the thrill of Third Doctor fans then at finally seeing him in real life for the first time. Of course he was a seasoned raconteur, used to appearing in cabaret so knew how to entertain the crowd with anecdotes many of which would become well known in later years. As he left the stage there was a spontaneous rush of people with things to be autographed and he was all too willing to do so.


Next up was special effects expert Mat Irvine who let everyone in on some of the behind the scenes secrets with the aid of a collection of models and props and even a giant spider. Plus there was a preview of some of the effects from the then forthcoming 'Invisible Enemy '. 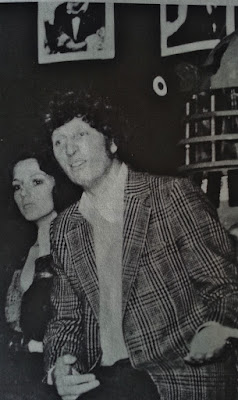 Of course Tom Baker was the current Doctor and he shared his afternoon panel with Louise Jameson. Neither turned up in costume; Louise for obvious reasons while Tom chose to wear a shabby grey mac. It was a lively session, Tom even going as far as stating he didn't think the series was violent enough as well as stressing the benign attributes of the role in the eyes of children. They both did a lengthy signing afterwards. The final panel of the day paired current producer Graham Williams with former script editor Terrance Dicks at that time turning out the series novelisations for Target Books at a frantic pace. Both were questioned as much about the future than the past and Graham also received the DWAS Season Poll award on behalf of Robert Holmes for 'Talons of Weng Chiang (imagine having to choose your favourite in that poll!). The event concluded with a few more presentations and a screening of Daleks: Invasion Earth 2150 AD. The event was a huge success and started the tradition of the DWAS holding conventions most years, events that would grow larger as time went on.


Forty years later in 2017 many of the organisers reunited in the same church hall for a casual reminiscence of the day complete with returning guests Terrance Dicks and Mat Irvine plus John Leeson and highlights of the event were released in the Myth Makers release Panopticon Genesis.  The film revealed some of the practical hassles that had to be dealt with- including warping display boards - the audience’s surprise at Tom Baker’s outfit and the unfortunate fact that there is no footage of the event. Either the technology didn’t exist or alternatives were too expensive to make any record other than attendees’ photos. However all present talk nostalgically of their memories of the day, someone even suggesting that your own memoires of an event are ultimately better than filmed extracts. The assembled also talk about the sort of thing modern fans take for granted – the thrill of seeing the Doctor in person feet away from you and also just meeting other fans which in the pre Internet days was much more difficult. These are sensations I recall vividly from the first convention I attended in 1981. Surprisingly in a filmed inset Louise Jameson reveals how terrified she was of the event which reminds us that this was a first for the guests as well as the organisers. 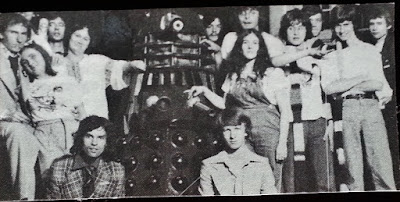 There is something disconcerting about this film in which photos of the effervescent youthful looking organisers of 1977 share the screen with their present day older selves. Keith Barnfather however seems as energetic as ever marshalling the event with the same gusto he probably did back in the day. And Mark Sinclair may look different but he hasn’t changed in other ways!


As some of the interviewees attest conventions have come a very long way from a church hall in a leafy suburb to the latest arena sized professionally organised events we have today. Indeed the DWAS itself would never use such a small venue for its main convention again graduating to university campuses, theatres and eventually plush hotels.  However even though I wasn’t there I can tell that for all concerned this first convention was something unique and very special. 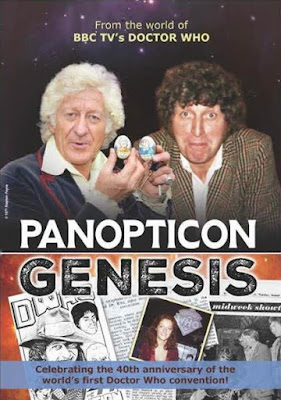