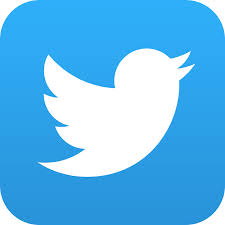 The recent case in which journalist Katie Hopkins was successfully sued by food blogger Jack Munroe after a Tweet making false allegations has again raised the issue of the impact social media in general- and Twitter in particular-has on our society. Of course anyone is entitled to their opinion – as advocates of social media keep reminding us – but the problem with Twitter is that followers of someone automatically seem to believe whatever the celebrity they are following says. The problem may be as much with the format as anything else. Being limited to so few characters means that any sense of nuance is impossible resulting in a form of communication that more often than not eschews any diplomacy or tact. . However many emojis you may deploy is still difficult sometimes to tell if someone is being humorous, sarcastic or just plain nasty. And often followers simply believe it- or else misinterpret it -meaning it is very easy to defame someone without any recourse to those little things like `fact` or `context`.


Even then these things in themselves would not be quite so bad if it were not for the fact that the world’s media now seems to take its news directly from whatever is trending on Twitter. If #talkingtomatoes got millions of views, you can bet it’d be a story in The Guardian the next day regardless of whether the tomatoes actually did talk or not. From contributing towards the world’s news and knowledge, Twitter has become the agenda leader but it possesses nothing of the journalistic skills that used to be at the heart of a good story. The fact that President Trump seems to use Twitter as his main communications tool can only make things worse. Of all people elected world leaders should not be stating their views and ideas so abruptly.
In the particular case I mentioned at the start it was alleged by Katie Hopkins that Jack Munroe had approved of the vandalism of war memorials during an anti- austerity demonstration in 2015 when in fact it was someone else who had expressed such opinions.  It doesn’t say much for Hopkins’ credibility as a journalist that she failed to check these facts or that when she was corrected failed to apologise or retract.  While Munroe does have something of a reputation for controversial statements in this case she was not only innocent but coming from a family with a military background particularly offended. A demonstration of just how skewed things have become though is that since the case concluded with a victory for Munroe a spoof fundraising page to donate towards paying Hopkins’ legal fees has actually received considerable donations though the money will go to food banks. Yet some people think it is genuine.
Twitter does not seem to facilitate any shades of grey. Everything is right or wrong, good or bad- the dialogue of opposition and confrontation. Its format is so speedy that even an apology may scroll off screen before it is seen by the injured party. It encourages mob mentality. People who might otherwise lead normal lives go crazy on Twitter hurling the kind of accusations they would not dare do verbally if the other person was there. They do so because they know the chances of being called to account in the real world are far smaller than if you actually physically attacked somebody yet they may be doing just as much harm. The mantra of social media supporters that we live in a post privacy, post Truth world is coming true because we’re letting it.
Successive laws mean that most of us cannot now afford to bring a case to court in such an event so it can only help if more rich or famous people do so to shine a light on the creeping way opinions are becoming facts.
It is perfectly true that Twitter remains a vital tool in the dissemination of news and information yet we may be approaching a tipping point where it’s bad traits outweigh it’s good ones. I know people may disagree and say it is vital to have such a free platform form from which it is very difficult to get banned but then again I bet most of them haven’t been the target of hundreds of threatening Tweets.
Posted by John Connors at 22:25