Fantastic Beasts and Where To Find Them


Is the new JK Rowling penned film series as wizard as Harry?


You can never quite reproduce the thrill of something brand new and I recall some 15 years (!) ago emerging from a cinema in London absolutely bowled over by the visualisation of the first of Harry Potter’s adventures. Time and repetition takes its toll and the simple delights of that first film were replaced by harder times for Harry and friends and familiarity for us. Now JK Rowling has started a fresh wizarding franchise (what other word can there be?) in the form of 1920s wizard Newt Scamanger and his capacious case of creatures. Can it once again excite us? Is this just a way of extending the lucrative fiction? Well we’re in different territory and this is a promising if rather uneven start.
If you don’t want to know the plot details then use an obliviator after reading on… 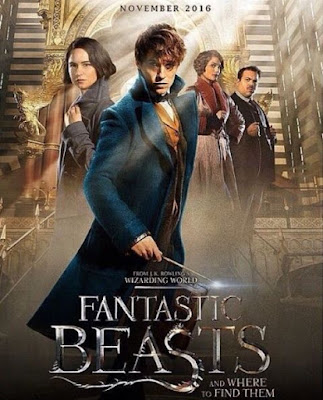 Its 1926 and Newt Scamanger is on a mission to return one of his many magical creatures to its Arizona home and stops off in New York for…well no apparent reason actually. In fact just why has he brought a suitcase full of potentially trouble causing beasts with him in the first place? Surely just the one he’s returning would be enough? This is one of two rather gaping plot holes that have perhaps joined his menagerie inside his luggage. Anyhow some of these creatures escape just as reports of strange disturbances are rocking the city and a prominent campaign group are speaking out claiming wizards are real and amongst the populance. In pursuit of the impossible loveable Niffler- a sort of jewellery hoarding platypus- Newt encounters recently disgraced Auror Tina Goldstein who promptly arrests him. Also involved is Jacob Kowalski, an ordinary guy with aspirations of starting his own bakery who in a sequence that owes much to those old film comedies ends up with the magical case that is identical on the outside to Newt’s.
There’s more too and in fact the movie takes a very long time to get going seeming to be an endless series of introductory scenes mixed with- admittedly entertaining- comedic sequences. The Niffler is very much the star of the first half hour. Eddie Redmayne portrays Scamander as an archetypal diffident, deferential Englishman, the sort of role Hugh Grant used to own. The actor adds his own charm and makes it work but we learn little of Newt considering he is supposed to be the main character. He remains a cipher whose actions are driven mostly by others. Redmayne gives it some Doctor Who ensuring Newt is endearing. 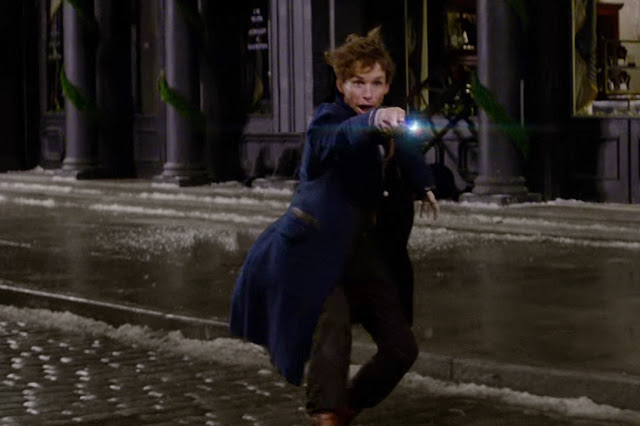 Better written by far though is Kowlaski whose status as a No-maj (the American term for muggle) allows the audience a path through the bizarre world. Pitched just right, the script never allows him to become too much of a comic relief and played by Dan Fogler he is just the best character in it. Also impressive is Alison Sudol as Tina’s sister Queenie who is a big hearted romantic with a flash of steel. The way she and Kowalski’s relationship develops is lovely whereas Newt and Tina are stuck in the sort of teenage style awkwardness that belongs back in the Potter world rather than here. And there’s a development at the end involving Kowalski that you will just love. Katherine Waterson does her absolute best but Tina has an unstatisfying story arc.


As for the antagonist Percival Graves, his aims are obscure. He seems to be trying to find the source of the magical disturbances using the son of the head of the campaign group despite the fact he has the whole of the Magical Congress of the USA at his disposal. Yet we’re never sure why and when the big twist reveals who it is, Graves seems to want to help the person for some reason. Then there’s a reveal that just seems silly. Considering the two hour plus running time this aspect of the story needed some sharpening up.
However what the film does to excellent effect is a parade of those fantastic beasts. There’s a great sequence where we get to see them all inside the TARDIS like suitcase and it definitely recaptures the magic of the best of the Potter movies. You also have a palpable sense of danger, some darker moments (though not as many as you’d think) and a great sense of scale from the visual interpretation of Twenties New York. Some of which is actually 2015 Liverpool! As the film progresses the pace settles down leading to an exciting confrontation in the underground.
This is the first of five films and it may well turn out to bear the same relation to the subsequent releases as that first Potter movie eventually did to its successors and come to be seen as an interesting if uneven introduction that leads to better things. 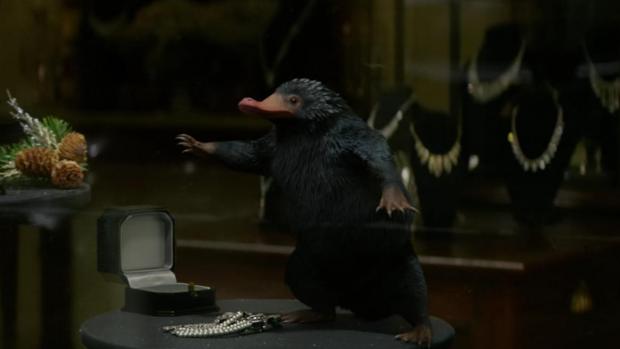