Joss Whedon set the bar of expectation high with the first Avengers film and this second employs a similar palette with even better results. Whedon is a writer who is always able to find a lighter moment to punctuate what could otherwise be a po- faced affair. In the midst of skull crushing, building raising, static buzzing action he’ll add a knowing gag or a character beat that reminds us these are (mostly) human heroes not without their flaws. If some of the plot doesn’t necessarily pass rigorous inspection, the sheer momentum of the movie ensures it sails through its lengthy running time like a breeze. It’s never boring, always restless with ideas and frequently thrilling. In contrast to almost every superhero movie it is paced perfectly too. 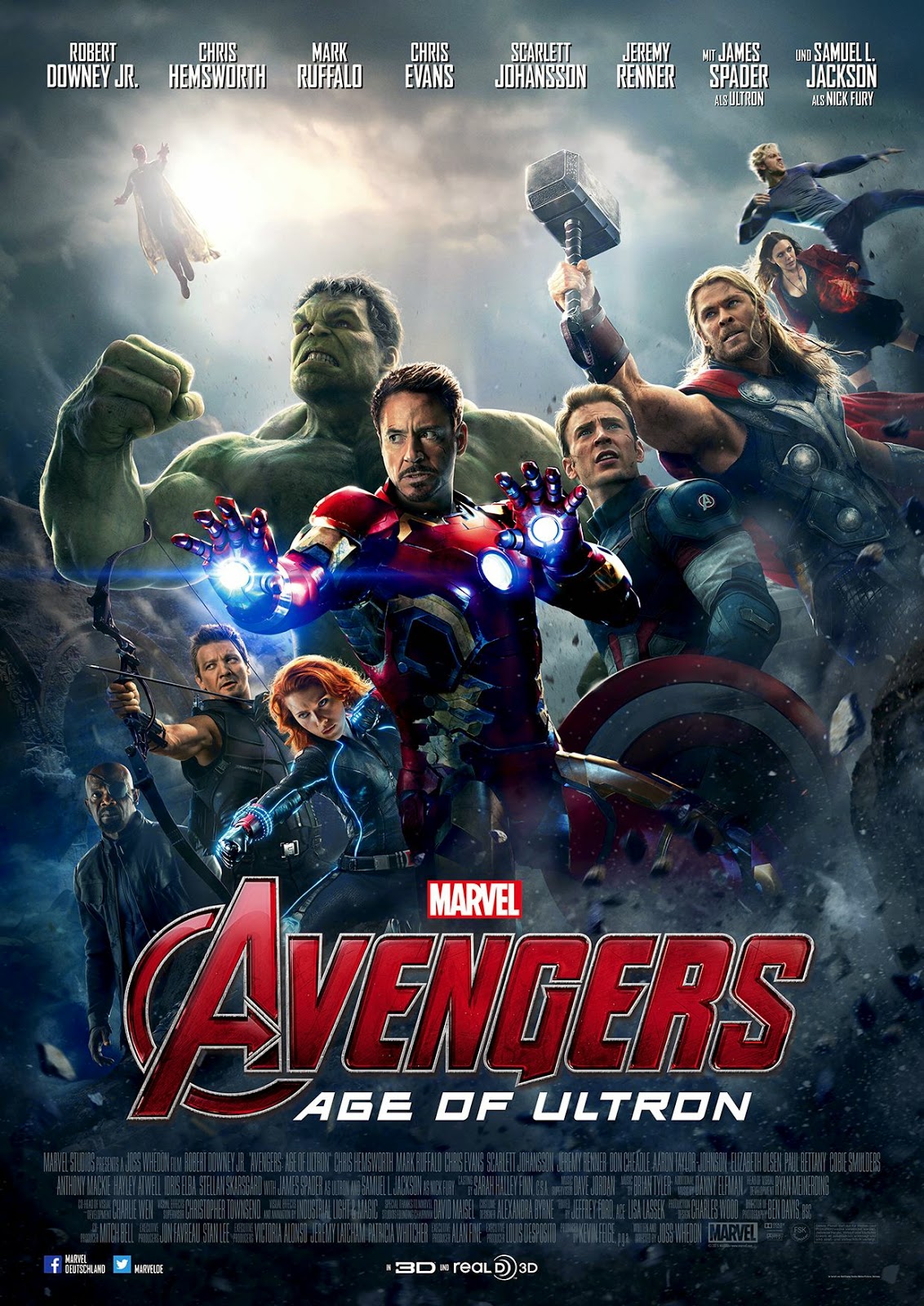 We open with the Avengers in full effect, doing their thing only to discover an enemy within. Tony Stark has always seemed less of a team player than the others; though he comes through in the end there is a sense that he is mightily pleased with himself as well. In the guise of Robert Downey Jr, always an interesting actor, this has been a hard act to match though this film sees a more even spread. Stark’s pursuit of a laudable – but impossible- goal drives him to set in motion the creation of a new nemesis in the form of Ultron. It may have a moniker suggesting a floor cleaner, but this super adaptable robot is the most dangerous foe the team has faced because as one character puts it he is everywhere. Not just in a series of interconnected and constantly evolving robots but inside the Internet too. Voiced with casual menace by James Spader Ultron’s intent is to realise Stark’s idealistic vision of a totally peaceful world by wiping out everyone and starting again. Not exactly what you might expect such an intelligent machine to come up with.
Conceptually it’s a stretch and Ultron’s powers do ebb and flow dependent on the exigencies of the narrative yet Spader’s vocal and an effectively expressive CGI is sufficient to render it convincingly enough. Whedon is also aware to second guess some of our doubts and add them into the arguments.  There’s no doubt that Ultron is a suitably big bad to create some divisions in the team an aspect that Whedon constantly returns to never allowing the film to get lost amidst the increasingly big set pieces in the second half.
Chris Evans’ Captain America proves to be the biggest beneficiary of this approach, his no frills moral stance putting him on a collision course with Stark’s ideals. The difference in their characters means their scenes together are the cornerstone of the film. Both the Captain and Chris Hemsworth's Thor have also developed less stone faced personas which benefits matters. It’s pleasing too that both Hawkeye and Black Widow, who tended to become extras in the first film, have much more satisfying arcs this time especially Scarlett Johansson’s Natasha whose scenes with Mark Ruffalo’s Bruce Banner are quite touching even if the Hulk itself is sometimes a sledgehammer too many.
We’re also introduced to the Maximoff twins aka the franchise crossing Quicksilver and Scarlett Witch though they have a different story here. While their place in the plot is earned as individuals they never really make an impact as interesting characters particularly as the cast keeps growing. With Nick Fury also showing up, the appearance of Stark’s computer Jarvis created Vison played by Paul Bettany tips the balance a little too much especially as his powers seem to conveniently mop up any gaps in the skills of the others.
Nonetheless the action carries the day in the final third. The use of unusual locations and Whedon’s sense of event lift these above the norm. What is likely to become the film’s renowned signature shot is an especially impressive slow motion tableaux of all the heroes battling Ultron robots. It is perhaps the movie’s only gasp out loud moment in a final stretch where the outcome is rarely in doubt though the excitement level is still high. I wonder if subsequent Avengers movies not helmed by Joss Whedon can match the verve of the first two because they are the cream of an increasingly overcrowded market. 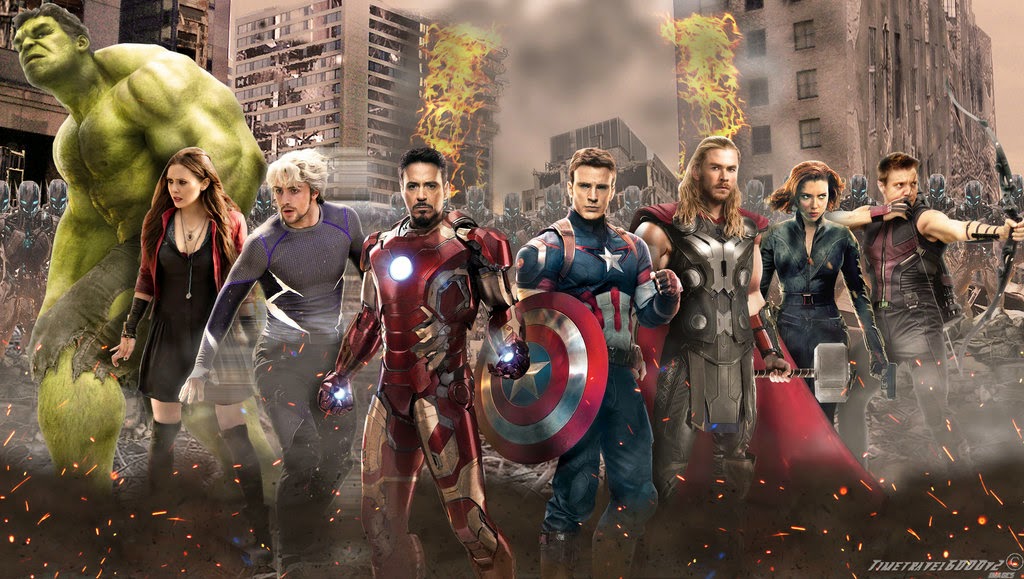