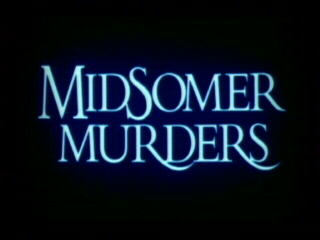 It would not change the series one iota to include more ethnic diversity but neither should it be pilloried for not doing so. It is, after all, set in a part of the country where you are far less likely to find ethnic minorities. Just as if you set a drama in urban London you could have an entirely non white cast. More than that though, Midsomer Murders is a stylised piece of macabre, where genteel 1950s traditions mingle with brutal murders. To single out its lack of non white characters is to isolate merely one of a string of aspects that place it in a far more left field place than non viewers might assume.
In fact, Midsomer is portrayed as a hugely retro sort of place. The series has no ethnic minorities but it’s what it does have that is more odd – there are lots of old fashioned pubs, corner shops and post offices still going and people running small cottage industry businesses. Nobody seems short of money and any working class characters are jack the lad builders or burglars. The fact that you see iPhones should not fool you as to the period it wishes to evoke- this is the 1950s with only a sprinkling of modern conveniences.
The stately pace has led some to believe it to be a sort of pipe and slippers show for the elderly and people who want to be soothed by television but this is definitely not the case. Midsomer Murders is a freak show! It is home to some of the most bizarre homicides you’ll see in any series; in one episode a man is decapitated by chicken wire whilst riding his motorbike along a country lane. In another someone is tied by stakes to his lawn and has wine bottles hurled at him by a large catapult! A gay vicar burned alive inside a large straw woman! A cheating husband impaled with an African spear! Someone flattened by a grass roller on a cricket pitch! Yes, you get it all here! You can’t say the writers lack variety.
﻿

Some directors that get their hands on an episode do their best to imbue it with a spookiness that would do credit to The X Files. There are moonlit nights, be gloved assassins, executions, ritualistic sacrifices and all to the accompaniment of eerie music. The police procedural that connects them is almost misleading you into a cosiness that will be sliced, diced, chopped, shot or stabbed away in a moment!
Even the title music mixes a polite waltz with a Theremin! Each episode has an array of eccentric characters and usually a decent enough twist that, Inspector Morse like, means you’ve been looking at the wrong suspect and indeed the wrong crime for the first hour. The motives for the murders are usually sexual, familial or financial and often a combination of these but rarely straightforward and yet the settings are so picturesque you are lulled into a sense of relaxation. As befits such an atmosphere, reality is kept at a distance with few nods to contemporary issues- even the two recessions that have happened during the series’ run have gone largely un-mentioned.
We have a new Barnaby now, too, debuting in `Death in the Slow Lane`. The old Barnaby -wispy, whispery John Nettles- did not actually regenerate into the new one in Time Lord style, rather the new one is his cousin. In fact, the new Barnaby – secretive, thoughtful Neil Dudgeon - used to appear in worthy dramas about the working class but has lately affected a Christopher Eccleston 2005 type career swivel.
﻿

He has even been in the show before more than a decade ago playing a different part, as has Susan Engel who stars in the episode as the matricidal head of a financially pressured girl’s school hosting a vintage car rally. Yes, when you put in a sentence it does sound weird but regular viewers are used to this sort of thing. The pace is unchanged and Dudgeon says nothing in his first scene, a bit more in his second, building to a finale that sees him hoisted above a cutter in a barn, the sort of danger his Uncle rarely encountered. It’s as stately as you like, and you’ll guess the gist of it long before Barnaby does but as ever it’s the journey rather than the destination that marks out the show.
As ever, there’s a strong cast full of eccentrics- David Warner dominates his scenes with imperious disdain, and the aforementioned Susan Engel looks down her nose at everyone. Lucy Briers looks far too old to be a school girl – at one point the character claims to be 25 and looks it- but uses this to her advantage in a very old fashioned plot that lurches into a drug story while another returnee to the show Samantha Bond plys her usual sly minx character to good effect. There’s even a crafty Cockney DJ cameo from the increasingly ubiquitous and versatile Luke Allen-Gale (Monroe, The Promise) an outside bet for the next Doctor Who for sure.
Jason Hughes has a great time as Barnaby’s assistant Jones tries to get a handle on his new superior’s somewhat detached way of working. Dudgeon saunters through the thing looking so smug you realise how much he must be getting. His Barnaby is more in the mould of the loner detective – talking to his dog, quickly shutting the door on welcoming neighbours (these vignettes are the best scenes) and churning over the evidence in his head. This Barnaby’s dynamic with Jones seems more abrasive than his predecessor’s ever was.
Hopefully Brian True May’s departure will not signal some sort of tokenistic leanings towards trying to turn the series into something it’s not. Each TV show needs a distinctive atmosphere and few survive if they alter it too much. Midsomer Murders is unlikely to add to its audience neither is the recent controversy going to dent it. It is what it is and if you want an escape from `modern` TV’s propensity for tricksy thrillers and `gritty` nonsense, Midsomer is worth a visit. And whatever you say about it, it’s still more realistic than Law and Order:UK !
More Midsomer Murders...
·         The series began in 1997 and so far 83 episodes have been shown.
·         Inspector Barnaby and Midsomer originated in a series of novels by Caroline Graham.
·       Some early episodes were adapted by Anthony Horowitz who went on to invent Foyle’s War and teenage spy Alex Rider. It was his idea to title the series Midsomer Murders rather than it’s working title of simply `Barnaby`, which does sound like a series about a cuddly bear!
·       In most other countries it is however called something like Inspector Barnaby, hence the need to bring in a new lead character with the same name.
Posted by John Connors at 20:25