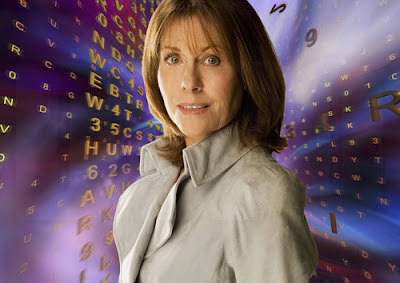 Elisabeth Sladen was the first companion I remember from her being cast, seeing her promo photo in the local paper and the preview pictures of her and Lynx in the `Radio Times Special` and wondering what she’d be like because till then there had only been Jo Grant. Ever since I’ve been there during Sarah Jane Smith’s amazing life from which so many key moments shine all the way from her prickly initial meetings with the Doctor and her reaction to landing in medieval England- “gerroff!”- to her departure – “I bet it isn’t even South Croydon!” Then she maintained her dignity through K9 and Company and being rescued from tripping over a blade of grass in an alarming pink coat before her more recent triumphant return. The moment in `School Reunion` when she sees the TARDIS again for the first time was just so Sarah Jane! Then as a huge bonus, she had her own `Adventures` plus a  tiny little cool green car as a new generation discovered the character and took her to their hearts just as we’d done thirty years earlier.
On Monday I was watching the just released `Planet of the Spiders` extras where John Kane was saying how he’d expected Lis’ career to take off in a bigger way. He’s right as well. Watch any random scene she’s in and you’ll see she is very much in the moment, living that scene in a way you soon notice other actors often don’t. I remember how her slightly odd delivery of the line “I think Mobberley’s dead” in` Seeds of Doom` became something of a running joke between some of us fans but you see Lis didn’t always opt for the conventional interpretation of lines. Her approach was natural, unaffected and very much how you or I might have said it. She was not a fussy actor and perhaps that’s why her career didn’t take off with quite the variety you might have imagined it would. Yet she could add something special to a scene that was just right- like her mock Scots accent when she answers the phone in `Terror of the Zygons` or her gently chiding the Doctor’s self pity in `Pyramids of Mars` or `Brain of Morbius`.

I never met her, though was once amongst several people who shared a lift with her at some event and I was half expecting it to shudder to a halt, attacked by an alien force. She would, of course, have led us to safety through the lift shaft. Sonic lipstick hadn’t been revealed to us then but I bet she had some on her just in case! Seeing her at conventions she was always respectful to the series and her co-stars. The on stage reunion with Tom Baker was typical of the joy she found in her work and her life. 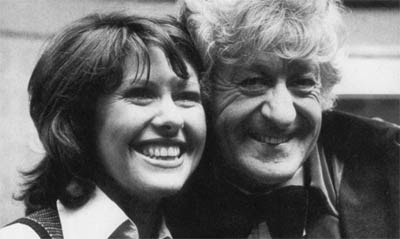 All of which and so much more means I felt as if Sarah Jane Smith – and therefore Elisabeth Sladen- was someone I knew quite well. Most of all she was part of so many people’s childhoods and adolescence. Elisabeth Sladen will be missed and loved and in many ways is with us forever which in time will hopefully be of some comfort to her family and friends. 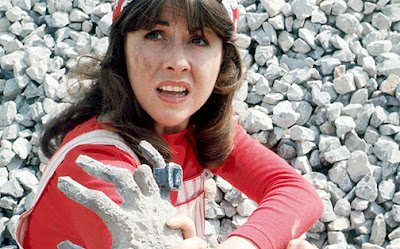 words: John ConnorsSarah Jane Smith allowed Doctor Who to develop, bridging that potentially tricky gap as Jon Pertwee was replaced by Tom Baker. Cast by Barry Letts she wasn’t just the screaming girl stereotype, she was an intuitive adult and this owes much to Elisabeth Sladen’s acting as anything. It’s impossible to imagine anyone else accompanying the Doctor in those classic 1974-76 stories. To take just one example- in `Pyramids of Mars` there is an amazingly natural scene in the old shed between Sarah and the Doctor that perfectly sums up their dynamic. Her gentle sparring with Harry Sullivan is also a joy. In fact she could do anything asked of her, adding her own special qualities to the mix. When she came back in the last five years this skill was still there yet Sarah was palpably a developed character who became a sort of surrogate Doctor to the younger characters. I can think of no other actor who would have been able to achieve this crossover and no other character to which it was more suited.
Posted by John Connors at 19:55