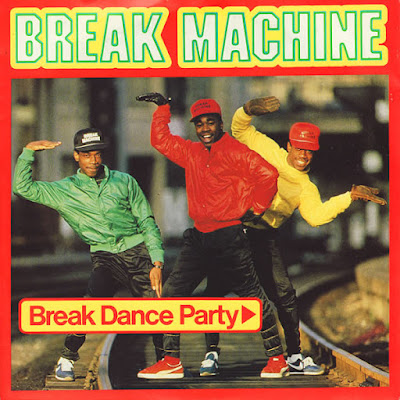 [8] Deniece Williams: Let's Hear It For The Boy. Simon Bates hitches his trailer to the Deniece Williams bandwagon, "that one is going to go to number one, give it a couple of weeks," he asserts. And who am I to disagree? (Fact John- Actually, he’s wrong cos it only reached number 2)


Deniece gives an enthusiastic performance with some energetic waving but she seems a little lost on stage by herself. (John- Maybe they should have brought spinney hands kid back?)The camera pulls back, and back, and back, during the instrumental and gives the slightly unkind impression that it's got bored and is wandering off to find something else to look at.


[22] Marillion: Assassing. On video. The director's been watching The Terminator a lot but his budget doesn't stretch beyond some shoddy CSO, twenty minutes on a Quantel Paintbox, and some Letraset sheets. The screen is full of fake computer text like "prog: run start input: **/23/41" which is meaningless but constantly catches the eye with the result that I sat there reading nonsense like "YELLOW YELLOW YELLOW." The text is nowhere near as overwrought as the lyrics. "Venomous verbs of ruthless candour plagiarise assassins fervour," and so on and so on. And, Assassing? I'm sure sounded really clever when Marillion said it out loud, but written down it just looks silly. (John- I am deeply ashamed of once buying Marillion music for which there really is no excuse other than that it was the 1980s. Great picture covers though...) 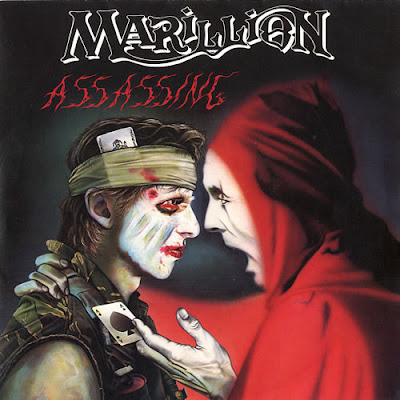 [28] Hazel Dean: Searchin' (I Gotta Find A Man). If Hazel Dean is also searchin' for the letter G then Marillion's got one going spare that he shouldn’t really be using.


If Hazel Dean is really that desperate for a man then she should just look around. Behind her are a pair of enthusiastic and energetic backing dancers who remind me of the dancers who accompanied Kelly Marie for Feels Like I'm In Love and Hot Love. In fact I think they might be the same dancers, in which case hello to Pinky and Tony. (John- I bet a comedy group did a version of this called `I Gotta Find Some Spam`)


[25] Womack & Womack: Love Wars. Womack & Womack (not to be confused with Simon & Simon, Bradford & Bingley, Thompson and Thompson, or Heart to Heart (that's an entirely different preposition)) are on what appears to be a new stage. It's made of stepped blocks which thrust out into the audience and are met on either side by stairs down from the studio scaffolding. Against the studio wall are L-shaped coloured perspex pieces put together to make a large corrugated backdrop. It looks great. Although there's not much standing space on the steps. It's fine for Womack & Bingley but you won't fit any large bands on there.


[29] Ultravox: Dancing With Tears In My Eyes. Oh my. I have such strong memories of watching this video on the original broadcast. I'm willing to be proved wrong but I think a clip might also have been played as part of the Tonight on BBC1 trailer, and seeing it made me more desperate than usual to see Top of the Pops.


In the past I've been slightly unkind to Ultravox videos. I described their video for The Voice as sophomoric. And bloated. Oh, and ponderous. (John- Oh don’t! I remember a room full of people at Blackpool blown away by it. Still it was the 80s) If I'm being honest, Dancing With Tears In My Eyes isn't much better. It's ostentatious and a bit silly, and I'm not sure nuclear reactors explode like that, but it's possible for something to be silly and ostentatious and still have an impact. It would be unfair to deny that at the time I thought this video was amazing, and I watching it now I can understand why I thought that.


Producer Gordon Elsbury (this week Michael Hurll is credited as Executive Producer, which probably means he's off doing something else -maybe preparing for The Montreux Golden Rose Pop Festival) makes the sensible decision to fade the video at the point the nuclear reactor goes foom. If you watch the full version on Youtube it continues for another minute and a half with diminishing returns. 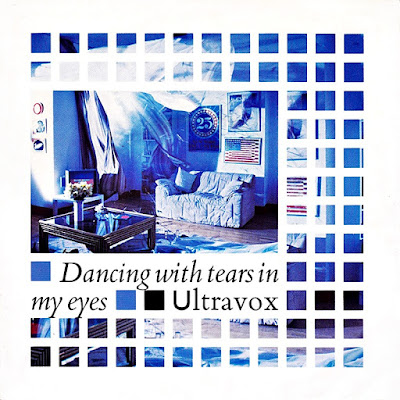 [1] Duran Duran: The Reflex. A repeat of the studio performance from the 26/04/1984 edition. It's a shame we don't get one last chance to see the video. The next time you watch it check out the audience reaction shot just before wave hits. I can only assume it's take two as the audience already have damp looking wet hair. Also, check out the pathetic half-cup full of water that hits one person. It's not quite the crashing tidal wave promised by the fancy computer graphics.


[6] Kenny Loggins: Footloose. Top of the Pops closes with the non-professional dancers moving slightly out of time (as normal) to Kenny Loggins' song. Two songs from Footloose in the charts at the same time. It's Grease-mania all over again.